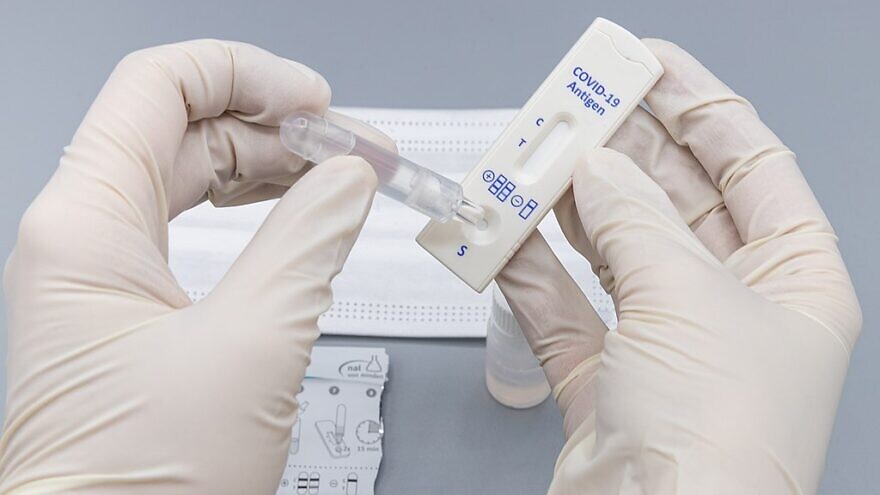 (January 4, 2022 / Israel Hayom) A record-breaking number of Israelis tested positive for the coronavirus in the current infection wave, according to Health Ministry data published on Tuesday morning. Of the 197,402 Israelis screened for the virus in the past 24 hours, 10,644 (5.39 percent) tested positive.

It is the second-highest number of daily cases since Sept. 2, when 11,345 Israelis were reported to have been infected—the highest caseload since the outbreak of the pandemic in 2020.

The reproduction rate, which refers to the number of people each confirmed carrier infects, stands at 1.91.

There are currently 45,580 active cases in the country with 236 patients hospitalized. Of those, 117 are in serious condition.

Israel has reported over 1.4 million cases, including over 8,000 deaths, since the outbreak of the pandemic. On Monday, two Israelis died of COVID.

There are currently 74 “red” cities in Israel due to high infection rates, as well as 56 “orange” and 62 “yellow” localities. Under the ministry’s “stoplight” ranking, each designation carries different restrictions on public life, particularly public gatherings in closed spaces.

“To be here and receive the fourth jab, the second booster, is an emotional event. As we see, [Omicron] is a very contagious strain, and morbidity increases and jumps every day,” he said. “The best answer is to get vaccinated. That is why I chose to get inoculated with the third dose this morning, and I call on everyone to get immunized. Whomever needs to receive his booster shot [third vaccine], it is vital, and we have a large population like this.”

Ash stressed that the fourth vaccination dose will help “each of us and the country as a whole to deal with the morbidity and the pandemic.”

Meanwhile, a new COVID-19 mutation has recently been identified in Southern France, The Jerusalem Post reported on Monday, based on a recent study.

The strain, B.1.640.2, is believed to have originated in Cameroon. Twelve people in southern France have so far been found to have been infected with the mutation.

The study, which is supported by the French government, is yet to be peer-reviewed.

This new variant seems to have 46 new mutations. In comparison, the Delta strain has 12 mutations; Omicron has at least 32.