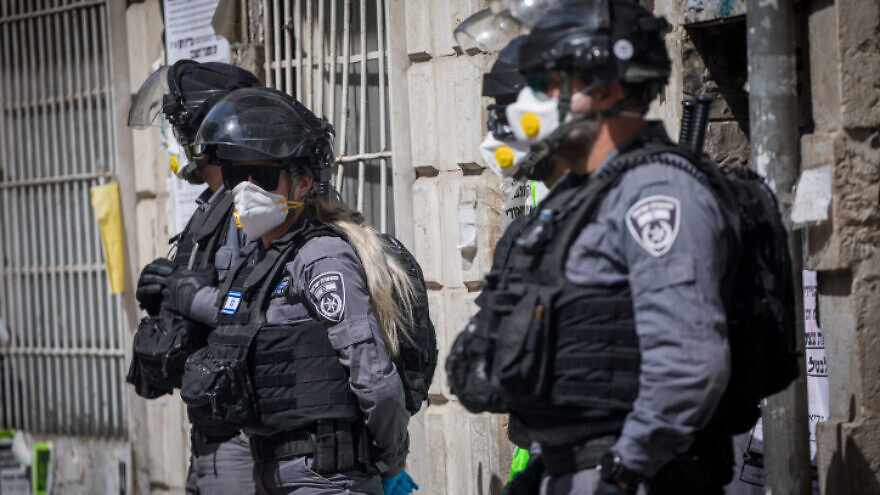 (March 29, 2020 / Israel Hayom) A woman in her 90s who had a number of existing conditions died of coronavirus on Sunday at Bnei Brak’s Mayanei Hayeshua Medical Center, bringing Israel’s death toll from the outbreak to 14. A 92-year-old Jerusalem resident, Mordechai Ben-Michael, died earlier in the day at Shaare Zedek Medical Center.

According to the Israeli Health Ministry, Israel currently has 3,865 confirmed cases of coronavirus, a rise of 405 since Saturday. Of the cases, 66 are in serious condition, with 54 of them on ventilators, while 82 are in moderate condition, and 89 have recovered.

The 14 Israeli coronavirus casualties were mostly elderly individuals with serious pre-existing medical conditions. However, a 22-year-old man currently battling COVID-19 at Assuta Medical Center in Ashdod is in a medically induced coma and attached to a respirator. The patient had no pre-existing medical conditions, is not a smoker, and reportedly has a normal body weight.

The hospital reported that the patient had been in quarantine at home and was brought to the hospital with a mild case of COVID-19, but said his condition began to deteriorate a few days ago. As of Sunday, he was being cared for in a special intensive-care unit opened for coronavirus patients.

As Israel’s medical establishment battles the epidemic, the government stepped up its measures to enforce a strict shutdown. Starting Sunday morning, hundreds of armed soldiers were attached to police patrols throughout the country, tasked with making sure the population is complying with lockdown directives.

The country’s Security Cabinet was due to decide on Sunday whether or not to enact new restrictions that would further limit public movement. Israeli Defense Minister Naftali Bennett and Interior Minister Arye Deri oppose a full shutdown and are arguing in favor of quarantine for citizens age 65 and over, who are most at risk from the virus.

Meanwhile, authorities are adopting a policy of stricter enforcement of social distancing at supermarkets and convenience stores, and are considering banning food shopping at locations more than two kilometers (1.2 miles) from people’s homes. All supermarkets and other food vendors are under orders to have a staff member at the entrance who is responsible for taking customers’ temperatures prior to allowing them into the premises.

The Israel Police were kept busy on Saturday trying to enforce the lockdown and social-distancing directives. Police issued orders to close 58 businesses that were violating social-distancing regulations and handed out 1,296 fines to individuals, of which 105 went to business owners.

The police also conducted home visits on Saturday to ensure that 2,718 people instructed to quarantine themselves were complying. Investigations were opened in 135 instances of suspected quarantine violations. Meanwhile, 40 cases have been opened against individuals suspected of spreading false information about the coronavirus epidemic.

On Sunday, Israeli Finance Ministry director general Shai Babad said in the Knesset that the government is considering placing the city of B’nei Brak and its 200,000 residents under quarantine after police and the Health Ministry, respectively, reported difficulty in enforcing the lockdown in the mainly ultra-Orthodox city, which has an infection rate higher than the national average.

“The Israel Police are working with added personnel to enforce the restrictions, and are deployed nationwide to stop the spread of the virus. We take every violation that endangers the health of the public seriously, and we will adopt a zero-tolerance policy against anyone who dares to put the public at whole at risk,” said the Israeli Police in a statement.