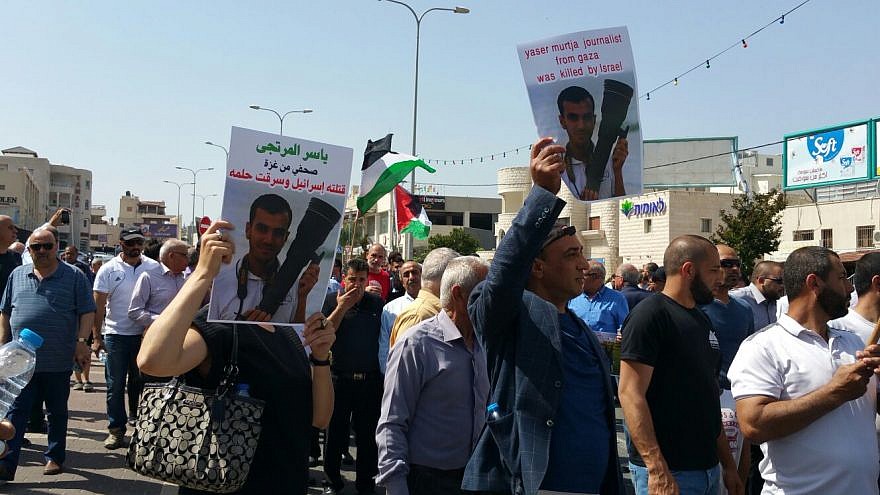 Thousands march in solidarity with the residents of Gaza in the Israeli-Arab city of Sakhnin. Credit: Joint List.
Spread the word.
Help JNS grow!
Share now:

(April 8, 2018 / Israel Hayom) Thousands of people took part in a march of solidarity with the residents of the Gaza Strip in the Israeli Arab city of Sakhnin in the Lower Galilee over the weekend.

The march followed a second week of deadly clashes between Palestinians and Israeli forces at the Gaza border, where thousands of demonstrators gathered at the border to protest against an Israeli blockade.

Among the 2,000 people who attended the protest at Sakhnin’s Martyrs’ Square were lawmakers from Israel’s Joint Arab List, left-wing activists and public officials from the Israeli Arab sector.

Protesters waved Palestinian flags and shouted: “Heroic residents of Gaza, you rest and we will continue the martyrs’ struggle.”

Participants also held up pictures of Gazan journalist Yasser Almurtaga, who was killed by IDF gunfire on Friday.

According to the Higher Arab Monitoring Committee, which organized the rally in Sakhnin, similar events in support of Gaza’s residents are to be expected at major intersections and roads on the weekends.