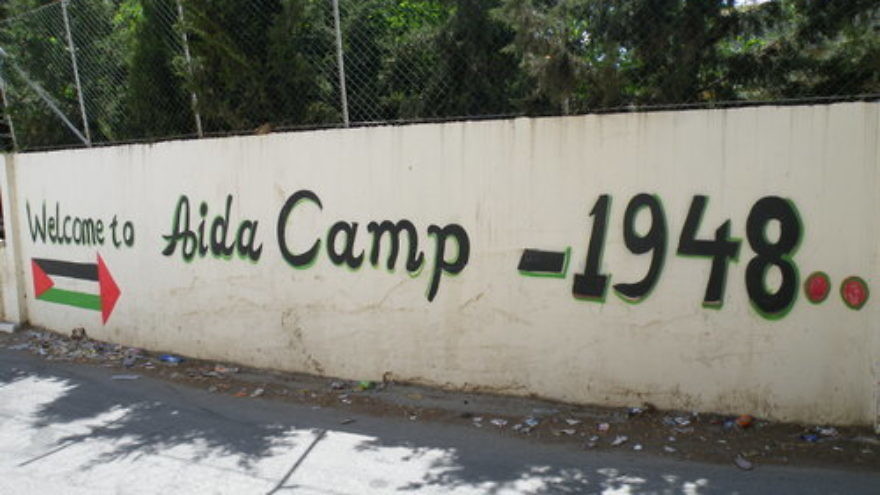 During the past few years, the resettlement of refugees has been one of the key issues in international politics. The horrendous conflict in Syria has forced more than half the country from their homes, with 4.8 million refugees fleeing to neighboring countries and 1 million applying for asylum in Europe.

The United Nations has taken the issue very seriously, trying to persuade countries around the world to commit to take in and resettle refugees. At the end of an international conference on the refugee crisis, which took place in Geneva this past March, United Nations High Commissioner for Refugees Filippo Grani said, “We have heard pledges that increase the number of resettlement and humanitarian places to 185,000…but this is only the start. We heard offers to significantly increase global resettlement programs in the coming few years. And we hope that there will be several opportunities to do so in the coming months.”

Similar sentiments about the importance of resettling refugees have been expressed by President Barack Obama, the European Commission, and others. With this in mind, the following fact may come as a surprise: 40 years ago this week, on Nov. 23, the U.N. actually condemned a country for resettling refugees. But this part may be less surprising: that country was Israel.

When Israel came to rule the West Bank and Gaza after the Six-Day War in 1967, it found Palestinian refugees still in the camps that they had been living in since 1948. Israel developed a plan to begin moving the Palestinians out of the squalid and cramped refugee camps, and into permanent residences. The Israeli government gave participants in the program a plot of land to build, while services such as water, electricity and sanitation were provided to these new neighborhoods. Approximately 10,000 Palestinian families left the refugee camps for these better, newer accommodations.

But on Nov. 23, 1976, the U.N. General Assembly passed a resolution calling on Israel to return the refugees to the refugee camps from which they had come from. On the same day three years later—Nov. 23, 1979—the General Assembly passed a similar resolution, in which it called upon Israel “to desist from the removal and resettlement of Palestinian refugees in the Gaza Strip.”

What could possibly explain this position? How could the U.N. possibly condemn a country for the “crime” of resettling refugees who had been abandoned in squalid camps for two decades?

The answer lies in the 1979 resolution itself. The resolution states that “measures to resettle Palestinian refugees away from their homes and property from which they were displaced constitute a violation of their inalienable right of return.”

This absurd resolution cuts to the heart of how Palestinian refugees are different than all other refugees in the world. With all other refugees, the focus of international organizations is humanitarian and social; the statute of the UNHCR, the U.N. body that deals with all refugees, explicitly states that its goals are not political, but humanitarian and social. Of primary importance to the U.N. body are the safety of refugees and efforts to help them build a new life. But with the Palestinians, the social and humanitarian needs of refugees and their children are of secondary importance, with the political goals taking precedence. If helping improve Palestinians’ lives harms the claim of a “right of return” and weakens the Palestinians claims against Israel, then the political goals win and Palestinians must stay in camps for decades.

With all other refugees in the world, because the focus is humanitarian and social, the aim of the UNHCR is to reduce the number of the world’s refugees each year. With the Palestinians, because their refugee status has become politicized, it is actually the U.N. body’s goal for there to be more refugees each year. Today, there are 10 times as many Palestinian refugees as there were in 1948. With all other global refugees, wealthy Arab countries can offer generous amounts of money to alleviate the situation. With Palestinian refugees, there is no incentive for countries to accept the very simple task of building permanent homes for them.

To this day, Western media will report on the squalid conditions of the Palestinian refugee camps—and indeed, the conditions that many Palestinians experience in the camps are terrible. But this week, which contained the Nov. 23 anniversary of the 1976 and 1979 U.N. resolutions, is the time to remember why their situation has not improved. Arab leaders have always treated the Palestinian refugee situation as a political tool rather than as a humanitarian crisis, and have placed political attacks against Israel above the welfare of the Palestinian people. It is the Palestinians who are born today, in the same refugee camps where their parents were born, who are suffering from that choice.

Aron White is a Committee for Accuracy in Middle East Reporting in America (CAMERA) intern.