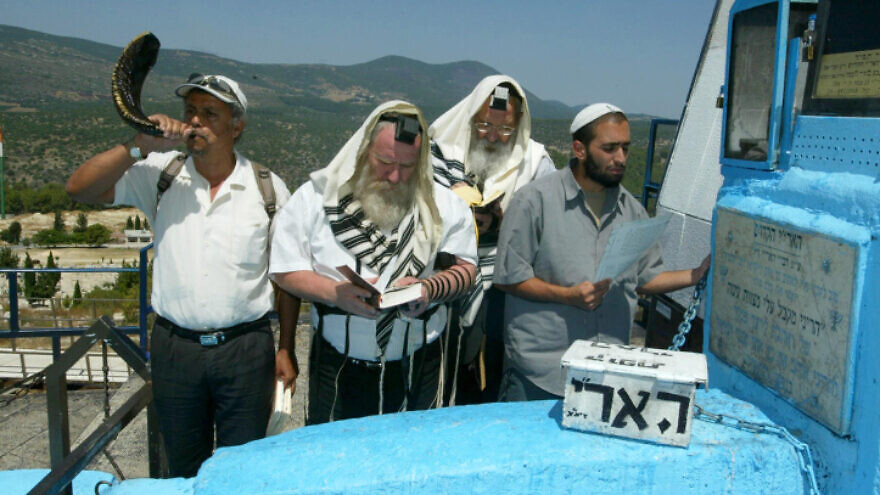 (January 23, 2022 / Israel Hayom) The National Library of Israel is making available to the public for the first time a 500-year-old letter shedding light on the life of one of the most influential kabbalists in Jewish history.

The letter, which is being made public in honor of the late Jerusalem collector Ezra Gorodesky, is “worth its weight in gold,” said Yoel Finkelman, curator of the library’s Judaica collection.

The writer of the missive, named David, wrote to Rabbi Isaac ben Solomon Luria Ashkenazi, known as “Ha’ARI hakadosh” in Jewish religious circles, during the rabbi’s sojourn in Egypt in the sixteenth century.

The letter’s purpose was to enlist the rabbi’s support for an emissary who had been dispatched from Tzfat to raise money among Diaspora Jews for Jews living in the Holy Land. Although the kabbalist was known for his simple, even ascetic lifestyle, he was an important figure whom Jews asked for advice, even on financial and national matters.

The letter was preserved because it had been used to bind another book, a common practice before the invention of cardboard. Bookbinders would take paper or vellum pages from worn-out volumes and stick them together into dense stacks that would serve as stiff enough material for book covers.

Gorodesky, who devoted his career to the painstaking work of picking apart the old bindings and revealing the treasures within, died of COVID-19 in 2021. While he donated many pages from his collection to the National Library, the letter to Rabbi Ashkenazi is among his most significant finds.

“This letter, which is worth its weight in gold, is part of the precious collections in the National Library, which comprises a national source of information about the Jewish history of Israel,” said curator Finkelman.

“The letter, which was preserved in an unusual manner in the binding of old books, is a major discovery about the influence Ha’ari had, not only in the field of Kabbalah but also worldly matters,” he added.