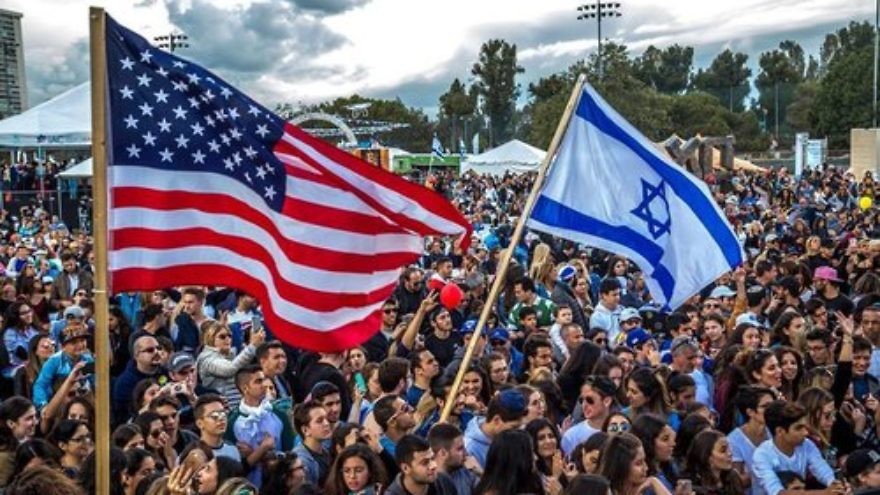 “Today no one talks about Israel in synagogue, because the Jewish leadership doesn’t want to approach a point of conflict,” Shoham Nicolet, CEO of the Israeli-American Council (IAC), says with regret.

The IAC, which Nicolet founded with other Israelis a decade ago, describes itself as the fastest-growing Jewish organization in the U.S. It has 15 official branches in the U.S. and is active in 27 states. The group says it serves more than 250,000 Israeli Americans.

According to Nicolet, political discussion about Israel in the U.S. today, like almost every other public issue in America, splits into right and left. Identifying as Israeli and pro-Zionist is enough to be categorized as a right-wing nationalist.

Yet Nicolet argues he and his team are in a unique position to make Israel a natural part of Jewish life for one simple reason: They are an integral part of the community, but at the same time they represent Israeliness outside Israel in the fullest meaning of the term.

‘Advantage’ in the fight against BDS

Nicolet does not attempt to hide his disappointment in Jewish groups that are at the forefront of the BDS campaign.

“Who is our biggest opponent in our war against BDS? The Jewish group Jewish Voice for Peace,” he says, explaining that in contrast to the prevailing impression in Israel, the fight against Israel boycotters is a fight that takes place to a large extent within Jewish communities themselves, and possibly even comprises a resurgence of the old battle between Zionists and anti-Zionists. In that regard, an Israeli-American organization—as opposed to a “regular” Jewish-American group—might be best-suited to lead the fight against BDS, the IAC believes.

Proof of this can be seen in the IAC’s success in getting a law passed in Nevada making it illegal for the state to do business with companies that boycott Israel. The group beat back the BDS supporters who lobbied against the legislation by presenting lawmakers with a personal, authentic side of things.

“That’s our advantage as Israeli Americans. When they boycott my home country and attack me because I’m an Israeli American, it hurts me personally, which is why we fight [leftist groups] using their own language and take the fight to a place of liberal values,” Nicolet says.

Not only was the Israeli-American community isolated, but its voice was also going unheard when it came to pro-Israel activity. Nicolet was prompted to found the IAC when he noticed it was difficult to get Israelis to attend Jewish community events or even pro-Israel rallies.

In addition to Nevada’s anti-BDS law, the IAC has worked to see some 20 U.S. states pass measures against Israel boycotts. There is also a federal law in the works, and the organization is determined to use its personal, direct approach to continue its fights.

“We are a living bridge. When I come to talk to someone, I don’t fall into any political category. No one knows who I am. They only know that I’m an Israeli American. I think that’s an enormous advantage, with the Jewish-American community as well,” Nicolet says.

All this activity on behalf of Israel is done without any remuneration from the Israeli government. In a way, Israeli ministers who are planning to attend the IAC’s annual national conference, scheduled for Nov. 3-6 in Washington, D.C., are further proof of how their government’s view of expatriate Israelis in the U.S. has changed.

“The organization doesn’t just reach out to Israeli Americans,” Nicolet says. “About 30-50 percent of us are American Jews. What makes us special is the ‘Israeliness:’ the connection to Hebrew, to the mother tongue, and the connection to Israel beyond politics. We are building a community that reaches out to the young generation.”

But with all due respect to Israeli Diaspora Affairs Minister Naftali Bennett, the main star of the Washington conference is expected to be U.S. Ambassador to the United Nations Nikki Haley.

Haley has spearheaded the current administration’s change in tone when it comes to the conduct of the U.S. in the U.N., where America has been an outspoken defender of Israel under the new envoy’s watch. Last week, the U.S. withdrew from the U.N. cultural body UNESCO due to “anti-Israel bias.” Earlier this year, Haley received a hero’s welcome at the AIPAC conference.

“Her appointment is one of the biggest gifts the president has given Israel,” Nicolet declares.

The IAC prioritizes fostering the leadership of the next generation. This past year, 13,000 people have—on their own initiative and without recompense—taken part in a volunteer program, IAC Beyachad, to promote the organization’s vision, Nicolet says.

“We are active on more than 80 [college] campuses,” he says. “Students want to hear Hebrew, even if it’s not as easy for them. They come for that. They attach themselves to that Israeliness. If you look at who shows up, they come from all across the political spectrum. Somehow, with us, everyone is under one roof, because we don’t talk to them about politics and give them the feeling that there is an Israel outside of Israel.”

“Today, when we are fighting anti-Semitism and BDS,” he adds, “it’s not only for Israel, it’s for my children’s future in the U.S.”