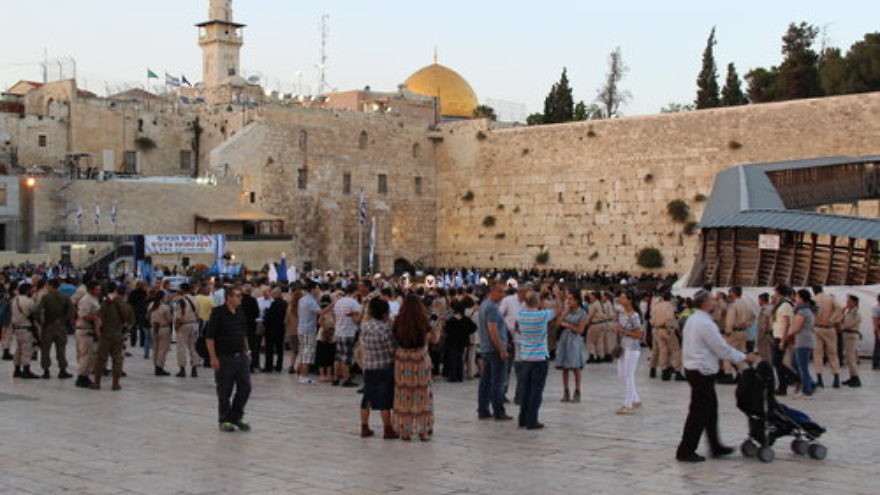 The headlines of the Jewish press this week were filled with stories about angry American Jews arriving in Israel and denouncing the Israeli government’s decision regarding egalitarian prayer at the Western Wall.

Jerry Silverman, head of the Jewish Federations of North America, called the government’s decision “a direct insult” to diaspora Jewry and vowed to launch a “campaign” to “fight back.” Rabbi Rick Jacobs, president of the Union for Reform Judaism, said the battle to reverse the decision is “worth fighting for.” A statement issued by the top institutions of Conservative Judaism declared that “the rising influence of an intolerant religious establishment”—as exemplified by the Western Wall decision—is “an existential threat to [Israel’s] future.”

This week’s other headlines, however, reported some threats to Israel that are genuinely existential, not merely a rhetorical flourish.

Mortar shells fired from Syria struck the Golan Heights on three consecutive days. A Hamas rocket hit the Sha’ar Hanegev region of southern Israel. There are new warnings of possible attacks on Israel’s northern towns from southern Lebanon, where the Iranian proxy Hezbollah has positioned more than 100,000 missiles.

I understand that the Western Wall developments have ignited strong feelings in both camps. I do not doubt the sincerity of those sentiments. I am not taking a position or advocating any particular proposal. I am merely asking everyone to keep a little perspective.

Jerry Silverman does not live on the Golan Heights, Rick Jacobs does not reside in Sha’ar Hanegev and the American leaders of Conservative Judaism do not live in towns along the Israel-Lebanon border.

They are talking a lot about “fighting.” I admire their passion; something lacking in many American Jews. But Israeli Jews who could be hit by Syrian mortars or Hamas rockets are the ones doing the real fighting—fighting for their lives.

Worrying every day about a rocket crashing into your child’s kindergarten, or mortar fire sending your family racing to a bomb shelter, is very different from worrying about traffic on the Long Island Expressway or the difficulty of getting tickets to that hot new Broadway show.

I would have a lot more respect for diaspora Jewish leaders if, in addition to launching a “campaign” over prayer regulations at the Western Wall, they would also launch a campaign against the international pressure on Israel to allow concrete into Gaza (where it is used to build terror tunnels). Or maybe a campaign for funds to build more bomb shelters to protect Israelis against Hezbollah missile strikes.

I am not one of those who say that the only people who have a right to express their views on Israel are those who live there. Nor am I minimizing the significance of the status of the Western Wall or the hurt feelings of some American Jews.

I do believe that Israel is a mature enough society to have a full and open discussion about issues such as the Western Wall controversy at the same time that it deals with national security threats.

But I also believe that Jews who live in the comfort and security of lush American suburbs should be mature to always keep in mind that our brothers and sisters (indeed our children and grandchildren) in Israel are the ones whose fight should come first. Their lives are at stake.

So by all means, write and speak and argue about the Western Wall. But cool the rhetoric. Keep some perspective. Don’t delude yourself into thinking that your quarrels are a battle over Israel’s existence. There are genuine threats to Israel, and they have nothing to do with who prays where or when. Those Arab rockets, missiles and mortars are not aimed at one Jewish faction or another. They have all our names on them.