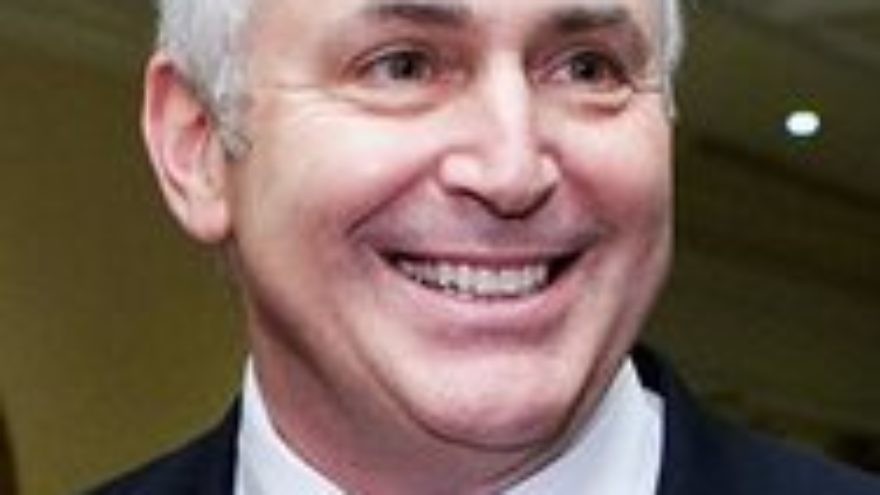 Later this month, President Barack Obama will take his first presidential trip to Israel. Prime Minister Benjamin Netanyahu has said that Obama’s trip “will give me and the people of Israel the opportunity to express our appreciation for what he has done for Israel.” To show Israel’s gratitude for Obama’s support, Israeli President Shimon Peres announced that he would present Obama with Israel’s Medal of Distinction during a special ceremony in Israel.

Since taking office in 2009, Obama has made supporting Israel one of his highest priorities. From championing sanctions against Iran to providing Israel with expedited supplemental assistance for the Iron Dome, Obama has been Israel’s most important ally. Peres said when he announced the award that Obama “is a true friend of the State of Israel, and has been since the beginning of his public life” and that he has “has stood with Israel in times of crisis.”

Obama has ensured that Israel’s annual aid of $3 billon remains untouched in this time of tighter budgets, and has allocated more than $11.4 billion in foreign aid over the past four years. That aid has allowed Israel to equip itself with the best and most advanced weapons available and restored the Jewish State’s Qualitative Military Edge (QME)—which lapsed during President George W. Bush’s Administration.

Obama’s vocal support for Israel—as well as $275 million in funding for the Iron Dome—was crucial during November’s operation Pillar of Defense. The supplemental funding ensured that the Iron Dome system was able to protect Israeli citizens from Hamas’ rocket attacks by intercepting 85 percent of the rockets fired towards populated areas. Iron Dome has been lauded by Israeli leaders for saving countless lives and was celebrated during this year’s American Israel Public Affairs Committee (AIPAC) Policy Conference.

In addition to the Iron Dome system, Obama secured additional funding for the Arrow and David’s Sling missile systems. A total of $650 million has been allotted for these systems— double what the Bush Administration provided for Israeli missile defense. Together these systems will create a multi-layered missile defense shield capable of protecting Israel from short, medium, and long-range missiles.

By taking a number of steps to restore Israel’s QME, Obama has helped strengthen and secure the U.S.-Israel relationship. From signing the U.S.-Israel Enhanced Security Act, to selling Israel bunker busting bombs, Obama has been deeply committed to expanding America’s strategic partnership with the State of Israel, as well as promoting a lasting peace agreement between Israel and the Palestinians.

Not only has Obama given military assistance to Israel, he has also taken a strong stance on the international stage in defense of Israel. He is the only American president to have a 100 percent pro-Israel voting record at the United Nations, and his speeches before the UN General Assembly have been explicitly devoted to advancing joint U.S. and Israeli interests. When it comes to preventing a nuclear-armed Iran, he has been the global leader. The bills and executive orders he signed, coupled with the international sanctions movement he has spearheaded, have caused a 50 percent decline in Iran’s currency and a 40 percent decline in Iran’s oil exports and sales.

For these reasons, Israeli Defense Minister and former Prime Minister Ehud Barak said, “History will surely record [Obama’s] immeasurable contribution to the strength of Israel, and the maintenance of the truly special relationship between our peoples.”

It has been abundantly clear throughout the Obama Administration that our president is a true friend to Israel. As Israel’s prime minister and president prepare to welcome, commend, and celebrate Obama, the American Jewish community should be echoing their sentiments and thanking the president for all of his work to support the Jewish state.

Marc R. Stanley is the chair of the National Jewish Democratic Council, www.njdc.org.