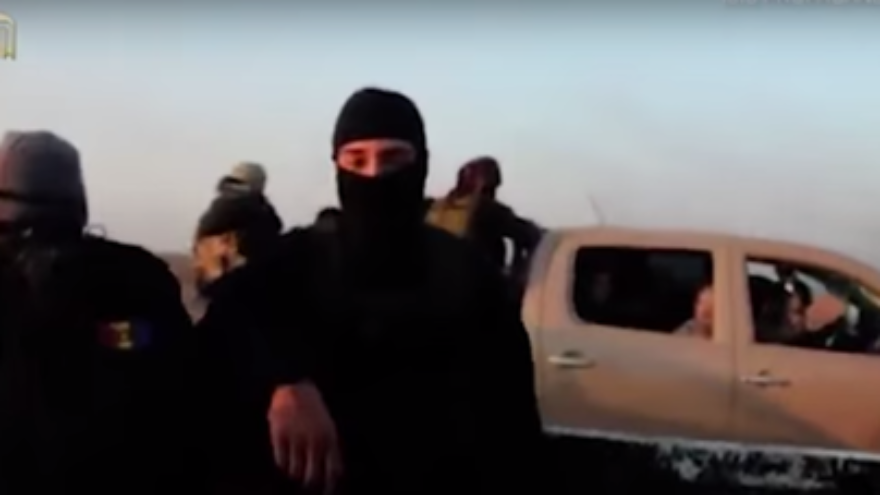 Terrorists who get caught before they strike don’t usually attract much attention. But the arrest of Mrs. Ayman Kanjou deserves extra attention, because she defies every stereotype we have ever been taught about Palestinian terrorists.

Men are presumed the most likely to become terrorists, since in Muslim society they are the ones who enjoy various freedoms, while women are sheltered and carefully watched by their husbands or fathers. They didn’t stop Mrs. Kanjou.

Young unmarried men are the ones whom we expect to get caught up in radicalism, since they have the least to lose. A middle-aged woman with small children has a lot to lose. Yet there was Mrs. Kanjou, age 44, mother of five small children, crossing through Turkey last month on her way to join the Islamic State terrorists in Syria.

According to the stereotype, Palestinian terrorists are uneducated drifters. Not so Mrs. Kanjou; she comes from a “respected” family, said Israeli prosecutor Shunit Nimtzan. She is a college graduate (Al-Azhar University in Cairo), which cannot be said about many Muslim women. And not just a B.A.—she has a Ph.D.!

Certainly, a Palestinian terrorist is expected to be impoverished. The whole promise of international aid to the Palestinians is the notion that poverty breeds terrorism. That’s been the main rationale for the more than $11-billion the United States alone has given the Palestinian Authority since 1994. Mrs. Kanjou, who is married to a local imam (Muslim religious leader), had $11,000 in cash with her on her way to join Islamic State. It doesn’t sound to me like a case of poverty causing terrorism.

At the very least, one expects a terrorist to be alienated from his family, a rootless malcontent in search of belonging. Not in Mrs. Kanjou’s case. She has no criminal record. In fact, her father, age 74, actually accompanied her on the trip.

Mrs. Kanjou’s relatives are telling the media that she was “framed.” Not likely. Israeli intelligence intercepted her many communications via Facebook with Islamic State recruiter AbAli Asami. According to the indictment, she “expressed to him her desire to live in Syria within the organization, and asked for his help.” She says she could “teach religion and teach activists and fighters the Sharia to raise the spirits and increase their motivation to fight on behalf of the organization.” She even stated that it she was prepared to do anything the organization asked of her.

At the very least, according to the standard profile, a Palestinian terrorist can be expected to have been raised in of those “extreme” Palestinian cities, where radicalism is common. Not in this case. Mrs. Kanjou is an Israeli Arab. She comes from Shfaram, near Haifa. She was presumed to be loyal to Israel.

Mrs. Kanjou is not alone. Officials of the Shin Bet (Israel’s security agency) were this week quoted as saying that more than 40 Israel Arabs have joined Islamic State since 2013. Just last month, two Arabs from Jerusalem were caught on their way to reach Islamic State.

If a woman with small children and the highest level of education, who grew up in an Israel environment with all the benefits and privileges of Israeli citizenship—if such a woman can turn around and try to join Islamic State, what does that tell us?

It tells us that our previous assumptions have to be discarded. That education and a livelihood and material progress are not enough. That territories and settlements are not the real issues. Radical jihadist Islam is alive and well and growing—even among those whom we always suspected least.