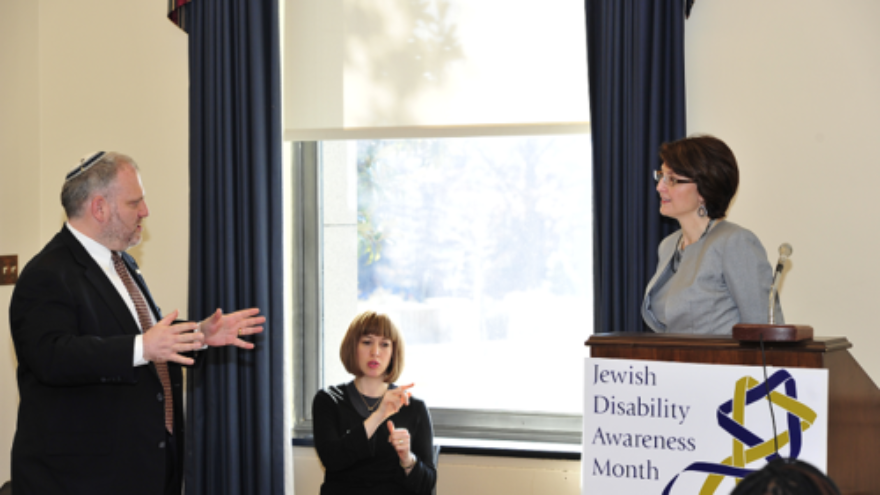 Quick—when was the last time you thought twice about a ramp outside a public building? How about a wheelchair-accessible bathroom? Do you even blink when you see a closed-captioning enabled TV?

Most of these things are so common today that we barely remember how much has changed in the past 25 years. The progress we have seen for people with disabilities is in large thanks to the Americans with Disabilities Act (ADA), signed into law on July 26, 1990, and whose 25th anniversary was recently celebrated at the White House.

Modeled after the Civil Rights Act of 1964, the ADA was created as an equal opportunity law for people with physical and intellectual disabilities. The legislation was designed to guarantee that people with disabilities enjoy the same rights as every other American.

Among other things, the ADA and its 2008 amendments prohibit discrimination in all aspects of the employment process and require employers to consider reasonable accommodations for qualified individuals. The legislation also prohibits discrimination in places of public accommodation, from retail stores, parks and doctors’ offices, to theaters, government offices, and libraries, requiring the building of accessible entrances and removal of barriers when doing so would not cause undue burden.

We’ve come far since the ADA, and, because of it, millions of Americans can earn a living and participate in everyday activities that would have been impossible a quarter-century ago. But as we celebrate this anniversary, we must remember that the fight for civil rights of people with disabilities, similar that for civil rights of other marginalized communities, is not over.

When was the last time you thought twice about an online job application? What is commonplace for many people is a huge barrier for people with disabilities. Many job applications are online and not created in accessible formats, preventing these individuals from even getting in the door of a possible job.

Let’s do what we can to make it easier for qualified people of all abilities to get jobs, empowering people with disabilities to make a living wage and learn skill sets that will enable them to provide for themselves and their loved ones.

The issues faced by people with disabilities are not just in the workplace. Schools continue to fail students with disabilities, with the Department of Education finding that only 19 of 50 U.S. states could be designated as “meets requirements” for their special education programs in 2014. Atypical students are often treated unequally, experiencing disproportionate suspension and expulsion rates, punishments that can have long-term negative effects. Even worse, these students can face inhumane disciplinary treatment in the classroom, such as being physically restrained or put in closets, by teachers and aides who do not have adequate training.

Let’s work with schools—both public and private—to ensure students with disabilities are able to access a quality education with the accommodations they need for success.

Even getting to work or to school can sometimes be impossible for individuals with disabilities. Safe, accessible and readily available paratransit options remain inadequate. While the ADA requires public transportation to be accessible, little funding is available, resulting in isolation and barriers to educational opportunities, jobs, health care, and social interactions. Federal grants created to address these needs, such as the Federal Transit Administration’s Enhanced Mobility of Seniors and Individuals with Disabilities (Section 5310) program, receive little attention and are insufficiently funded.

Let’s work with our local and federal government officials to identify safe and accessible transportation options for people with disabilities.

Though the ADA and its 25th anniversary should be celebrated, we must acknowledge that people with disabilities, simply put, still do not have full civil rights. While the ADA exempts private membership clubs and religious institutions from its mandates, we have a moral and religious obligation to work with and for people with disabilities in their fight for basic human dignity.

We cannot forget that we are all b’tzelem Elohim, created in God’s image. When Moses, a man with a speech impediment, did not believe he could lead the Jews out of Egypt because of his disability, God asked him, “Who do you think gave you that mouth?” In the next 25 years, let’s build upon the dreams of the ADA and the Torah’s words to create a world where people of all abilities are afforded full civil rights.

William Daroff is the senior vice president for public policy and director of the Washington office of The Jewish Federations of North America.