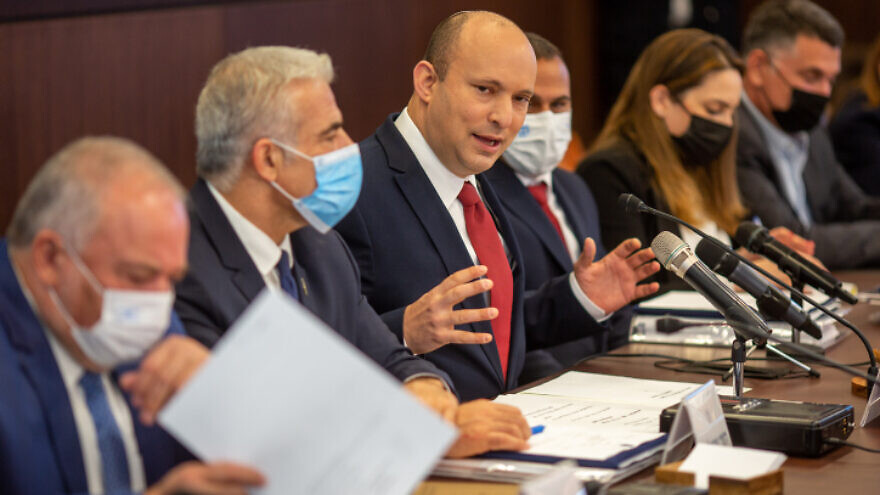 (August 2, 2021 / JNS) The Israeli Cabinet on Monday unanimously approved the state budget for 2022-2021, after marathon negotiations that began on Sunday morning and ran throughout the night.

“Israel has a budget, a budget of a government that cares. After three years of stalemate, Israel is returning to work,” said Israeli Prime Minister Naftali Bennett in a statement, noting it had been three years since a state budget had been passed due to political gridlock which saw the country hold four elections in two years.

According to Lieberman, the budget contains reforms focusing “first and foremost” on lowering the cost of living.

“We have invested vast sums in infrastructure, transportation and real estate, and we have passed significant reforms that will lower barriers and reduce the bureaucracy, which will make things easier for everyone in our daily management, business or private,” he said.

The budget now requires approval from the Knesset, which is expected to hold an initial vote in September.

Under Israeli law, if a budget is not passed within 145 days of a government’s formation, the government is automatically dissolved and new elections held. Israel’s current government was sworn in on July 13, meaning it must pass a budget by no later than Nov. 4.