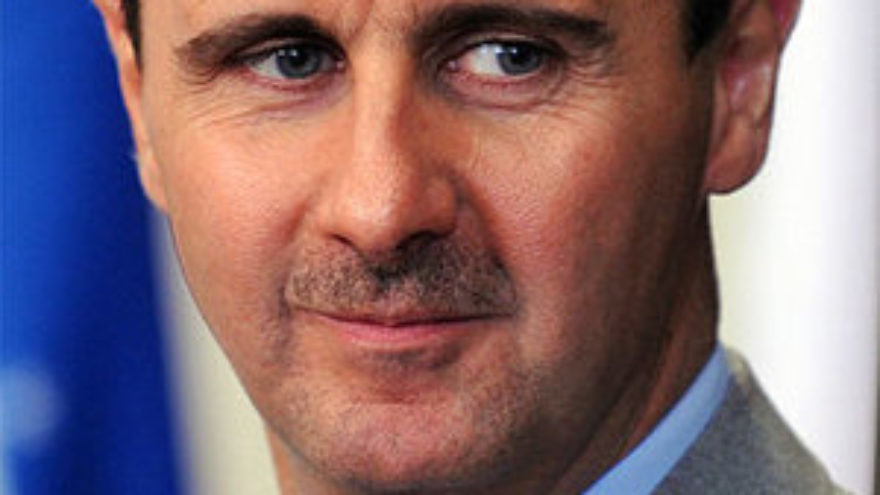 (October 26, 2016 / JNS) WASHINGTON – Following publicity over AIPAC’s failure to support a Syria sanctions bill, the pro-Israel lobbying group has changed its stance and is now backing the legislation.

The controversy concerns the Caesar Syria Civilian Protection Act (H.R. 5732), which would sanction Syrian President Bashar al-Assad’s government for its atrocities, facilitate the prosecution of Syrian war criminals, and penalize those who assist the regime. The legislation has 70 sponsors in the House of Representatives – 38 Democrats and 32 Republicans.

JNS.org reported Oct. 25 the bill has been endorsed by a wide range of leading Jewish organizations with the exception of AIPAC. Marshall Wittman, AIPAC’s spokesman, said at the time the group had “not taken a position on this legislation,” and declined interview requests.

Shortly after the article appeared, Wittman said in an email, “Subsequent to our last conversation, we have now reviewed the bill and are supportive of the legislation.”

Douglas M. Bloomfield, chief lobbyist and legislative director for AIPAC for nine years during the 1980s, told JNS.org, “AIPAC can be extremely sensitive about press coverage when its stature is challenged in any way, especially on legislation that involves Iran, which it considers to be its signature issue. They don’t want to appear to be just going along with all the other organizations, rather than leading on what they see as their issue.”

Sarah Stern, president of the Endowment for Middle East Truth (EMET), which backs the Syria Civilian Protection bill, said, “I am delighted that AIPAC has finally reviewed the bill – introduced in July – and now recognizes the moral imperative of joining the Jewish community consensus to help innocent Syrian civilians.” Stern urged AIPAC to “join EMET in making their position known to members of Congress as soon as possible.”

The Obama administration is trying to block the legislation out of concern that it would impose sanctions on Iran if the Iranians continue assisting Assad, according to The Washington Post.

Other Jewish organizations supporting the Caesar Syria Civilian Protection Act include the Simon Wiesenthal Center, the Union for Reform Judaism, the American Jewish Committee, and the National Council of Young Israel. It has also been endorsed by Christian pro-Israel groups, such as the Hispanic Israel Leadership Conference and Christians United for Israel.

“Caesar” is the code name of a dissident who escaped from Syria in 2013 and brought the U.S. government 55,000 photographs documenting the Assad regime’s war crimes.