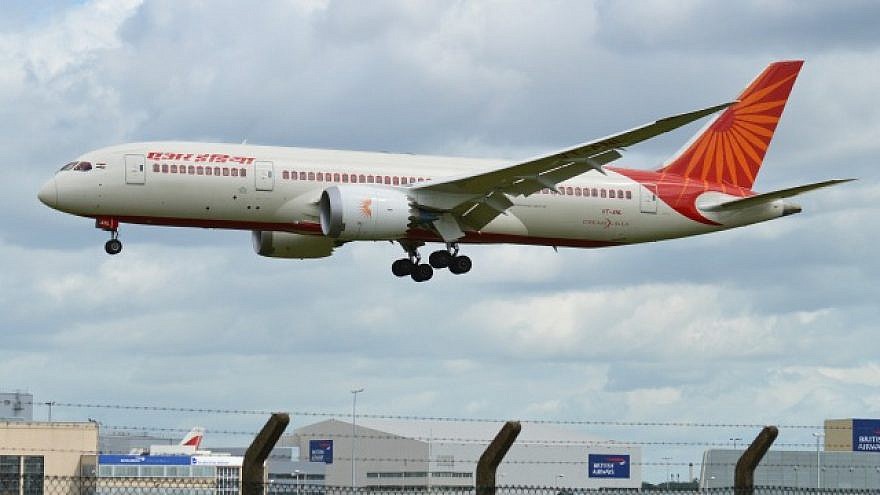 (March 7, 2018 / JNS) Following a number of reports in recent weeks, it has been confirmed that Air India will be able to fly over Saudi Arabian airspace on its new route from New Delhi to Tel Aviv.

Air India is scheduled to launch its three-day-a-week New Delhi to Tel Aviv route on March 22.

Prior to this announcement, flights from Israel heading east were forced to fly around the Arabian Peninsula, adding hours to the trip. The new route over Saudi Arabia will cut the flying time to India down from some eight hours to less than six.

However, Israel’s national carrier El Al, which was until now the only airline offering direct flights from Israel to India, was not granted permission by the Saudis to use their airspace, according to Netanyahu. As such, this may economically disadvantage the Israeli airline, so it is currently in talks with the government about possible subsidies.

While Israel and Saudi Arabia do not have formal relations, in recent years there have been numerous reports of more clandestine relations between the two Middle Eastern powers, especially as both countries see Iran as the primary threat in the region.