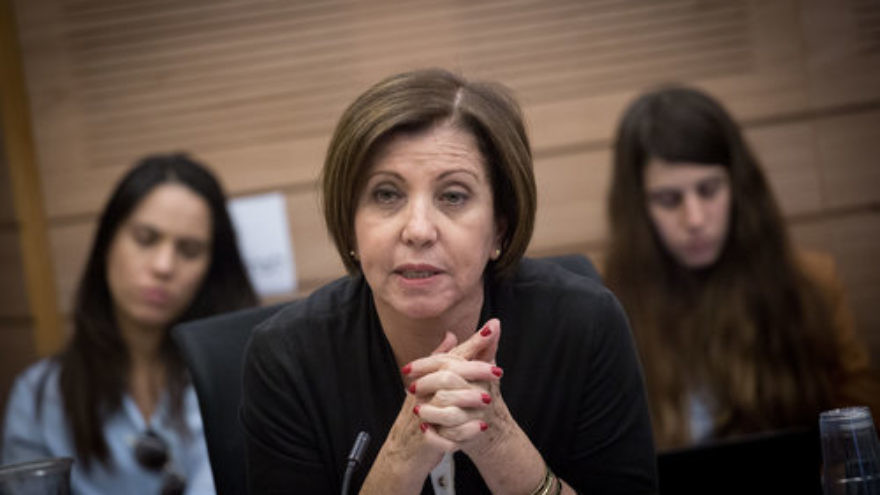 Leaders of dovish organizations including the Israel Policy Forum, Partners for Progressive Israel, and Americans for Peace Now are taking issue with the controversial anti-Netanyahu statements by Peace Now co-founder Amiram Goldblum and the Meretz party’s chairperson, Member of Knesset Zehava Gal-On.

Goldblum blasted the prime minister’s criticism of the arsonists as an “incitement intifada” and charged that there is a “connection between Netanyahu’s incitement following the arsons and the submarines scandal.” He was referring to the Israeli attorney general’s investigation of a government plan to purchase German submarines.

Gal-On, whose party has five seats in the Israeli parliament, told the Jerusalem Post, “There was a deliberate maneuver by the prime minister to distract the public from the submarine affair. The way he called the attacks arson and terror at such an early stage only led to more incidents of arson, which served him.”

On the third day of the blazes, Netanyahu said that the portion of the fires which were caused by arson constituted “terror in every way.” His comment followed an announcement by Minister of Public Security Gilad Erdan that at least half of the fires were set by arsonists, with the remainder triggered by dry weather or other possible causes. More than 32,000 acres of land were destroyed by the fires, and 180 people were hospitalized with injuries.

Seymour D. Reich, former president of the Israel Policy Forum, called the conspiracy theory advanced by Gal-On and Goldblum “unfortunate” and said it should “not be part of serious political discourse.” He compared the conspiracy theory to a statement by an Israeli rabbi characterizing the fires as divine punishment for plans to dismantle the West Bank Jewish outpost of Amona.

Ori Nir, a spokesman for Peace Now, told JNS.org that while the group “has no official position on this,” he personally “refuses to buy into the speculation” by Gal-On and Goldblum that Netanyahu encouraged arson. “I know full well how cynical and manipulative Netanyahu can be,” Nir said, “but I refuse to believe that he is that cynical.”

Paul Scham—co-president of Partners for Progressive Israel, the American affiliate of the Meretz party—said, “Zehava Gal-On and Amiram Goldblum, both of whom I know and respect, seem to have overreached.” Scham told JNS.org that while Partners for Progressive Israel is not taking a position on the controversy, he as an individual feels that although Netanyahu was “over-hasty” in his descriptions of the arsonists, “there is no need—or evidence—to claim that the accusations based on the fires have any connection with the submarine scandal.”

In a statement to JNS.org, Rabbi Michael Lerner, the veteran progressive activist and editor of Tikkun magazine, wrote, “We don’t have to assume that Netanyahu was motivated by a desire to cover up the submarine scandal—his behavior is part of a longstanding pattern of demeaning Israeli Arabs and seeking to demonize Palestinians.”

As of Wednesday, 35 Israeli Arabs and Palestinians had been arrested in connection with the attacks. The Times of Israel reported Nov. 27 that two of the Israeli Arabs have already confessed to crimes. The Israeli media have broadcast security camera footage showing suspects setting fires in Gush Etzion, near the Atarot industrial zone, and in other parts of the country.