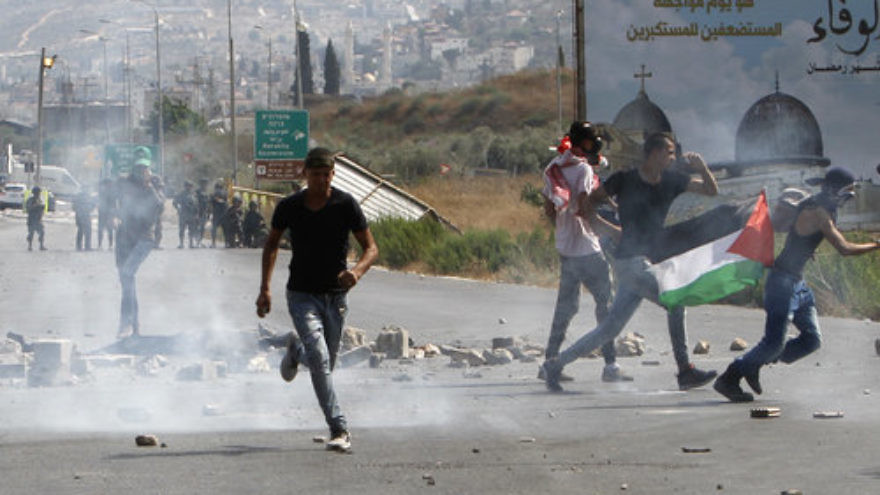 (August 8, 2017 / JNS) As the Trump administration ramps up sanctions against Iran, how much of Iran’s sanctions relief from the nuclear deal of 2015 is funding the Islamic Republic’s support for sectarian conflict and terrorism across the Middle East?

While Iran and its terror proxy Hezbollah continue to back President Bashar al-Assad’s regime in the Syrian Civil War, Russia’s military support for Assad is far more important for Iran than the limited economic benefits the Iranians have gained from sanctions relief and trade deals since the nuclear agreement, said Meir Javedanfar, a lecturer on Iranian politics at Israel’s IDC Herzliya research college.

“I think what has been crucial for the expansion of Iran’s role in Syria, more than anything, has been the air support [Assad] has received from Russian President Vladimir Putin,” Javedanfar told JNS.org.

Javedanfar estimated that Iran has received less than $20 billion of the $150 billion in sanctions relief it secured in the nuclear deal, which was brokered by the former Obama administration and other world powers. Even if all of the sanctions relief had been released immediately after the nuclear deal was reached, it “wouldn’t have been enough to save Syria,” said Javedanfar.

While the released funds have aided the Iranian regime, Javedanfar said President Hassan Rouhani’s government is plagued by around $100 billion in debt carried over from former President Mahmoud Ahmadinejad’s tenure. The new sanctions leveled by the Trump administration will hamper Rouhani’s ability to attract foreign investment, but hardline entities such as Iran’s Islamic Revolutionary Guard Corps (IRGC) militia “will be happy since less economic growth will give them more ammunition against the government,” he said.

“The IRGC is responsible for these additional sanctions that were imposed after Iran fired a ballistic missile with a banner calling for Israel’s destruction,” said Javedanfar, who added, “The real intention of this launch, in practice, was to target Rouhani’s economic achievements.”

Behnam Ben Taleblu, a senior Iran analyst at the Foundation for Defense of Democracies in Washington, told JNS.org it remains unclear how much of Iran’s sanctions relief funds have been diverted to causes such as Palestinian terrorism. But he said that “sanctions relief coupled with the campaign to ‘normalize’ Iran has enabled its fighters, money and weapons to go largely unchecked throughout the region.”

The Trump administration’s new sanctions are part of “a desperately needed strategy, since for over a decade Iran’s regional ambitions and military programs took a back seat to the nuclear issue,” said Taleblu.

Ronen A. Cohen, an Iran expert and the chair of the Department of Middle East Studies at Israel’s Ariel University, disputes that Iran is using funds from sanctions relief and increased business ties with the West to support terrorism.

“Iran will promote terror with or without the sanctions,” Cohen asserted, adding that since 2015, the country has spent less on regional terrorism as part of Rouhani’s strategy to strengthen the Iranian economy through trade.

“Iran has a pragmatic strategy in the Middle East and will invest money only where it gains something in return, irrespective of sanctions,” he said.

Israel Hayom last week quoted a Palestinian Authority security official as claiming that Iran invested “millions of shekels” to inflame the tensions surrounding the Temple Mount. According to the report, tens of thousands of Muslim protesters received prepackaged meals along with notes in each one citing a quote attributed to 1979 Iranian Revolution leader Ayatollah Ruhollah Khomeini: “With the help of Allah, Palestine will be liberated! Jerusalem is ours.”

Iranian Foreign Minister Mohammad Javad Zarif expressed his country’s support for the Palestinians amid the Temple Mount tensions, and more recently, Hamas said Aug. 7 that it has reached an agreement to improve relations with Iran.

Taleblu said Iran’s Shi’a regime “uses the Palestinian issue to drive a wedge between the Arab world and Israel, as well as to mask its ethno-sectarian differences with its Sunni Arab neighbors and bolster its Islamist standing in the region.”

Iran has championed the Palestinian cause since its inception, and an Israeli-Palestinian peace deal “would rob Tehran of that card and render naked its regional aspirations,” said Taleblu.

“Iran’s longstanding provision of money and weapons to Palestinian terror groups tells you one thing: Iran has more to gain from perpetual conflict in the Levant and eastern Mediterranean than peace,” he said.

IDC Herzliya’s Javedanfar said he has seen no real evidence that Iran was behind the recent tensions in Jerusalem. Rather, he said, Iran exaggerated its role in the Temple Mount crisis since “it feels isolated in the region because of its support for Syrian President Bashar Assad and his atrocities against Sunni Muslims.”

Iran’s claims regarding the Temple Mount, Javedanfar said, show “how desperate the Iranian regime has become.”