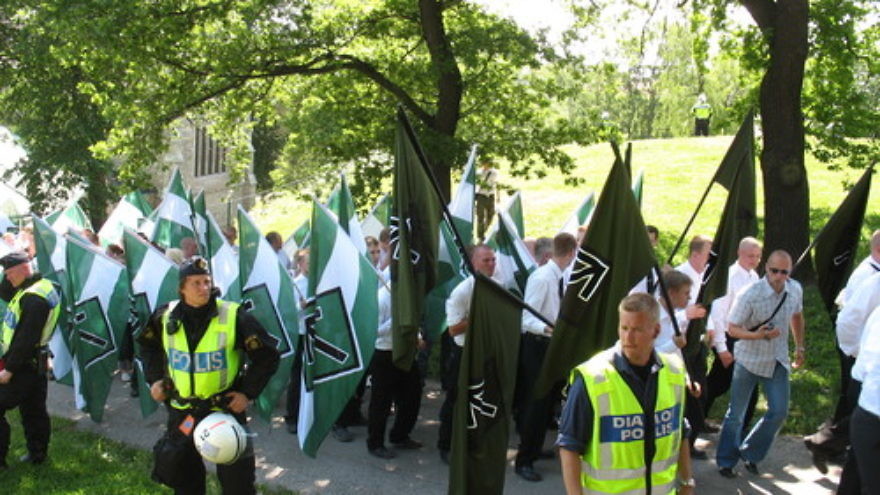 WASHINGTON—The European Union Agency for Fundamental Rights (FRA) has released its long-awaited survey of how European Jews perceive and experience anti-Semitism. The survey’s detailed information, based on the responses of nearly 6,000 Jews in eight countries that encompass 90 percent of the EU Jewish population, should dispel any suggestion that anti-Semitism in Europe is not a serious problem or is somehow only based on alarmist or anecdotal evidence.

Among the key findings:

Of particular note is what the respondents think is the source of these anti-Semitic attacks and harassment. The largest number (40 percent) identifies “Muslim extremist views” as the motivating factor. An even greater percentage—which rises to 73 percent in France—fingers this same group as responsible for negative statements about Jews.

Until now, these European countries have largely been in denial. In some cases, national law or tradition may prevent them from collecting data based on religion or ethnicity. Or they may impose their own constraints, fearing that identifying the primary perpetrators might further exacerbate tensions with Muslim minorities that are themselves victims of prejudice and discrimination.

Some officials go so far as to suggest that this is a problem between two minorities—“inter-communal tensions” is the term one French Interior Ministry official described to me—even though there is no evidence of any Jewish attack on Muslims. But without a clear-headed recognition of the source of the problem, it is hard to believe that governments will be able to address it effectively. And in the meantime, their apparent indifference adds to the anxiety and uncertainty of their Jewish citizens.

In recent years, there has been a growing recognition that anti-Zionist or anti-Israel animus can also be a form of anti-Semitism. This was first noted in a working definition of anti-Semitism drafted by FRA’s predecessor in 2005, although it still evokes controversy. But the new survey should put this debate to rest. Alongside the traditional tropes of Holocaust denial and excessive Jewish power that respondents cite as among the primary anti-Semitic charges they face, we now find the statement that Israelis “behave like Nazis.” Nor should one think that negative views of Israel have no direct impact on European Jewry. Forty-four percent of those surveyed say they are always or frequently blamed for something done by the Israeli government.

The FRA survey also asked about a possible ban on ritual circumcision, and 76 percent said it would create a problem for them and their community. When the question was first posed, it may have seemed largely academic, since European Jews have been practicing this age-old commandment largely without hindrance for centuries. But in recent months, a Council of Europe resolution equated the tradition with female genital mutilation, and a number of EU states have begun action to impose restrictions on the practice. In some countries, such as Sweden, Jewish communities—and Muslims who also perform the ritual—accepted conditions and limitations as the price of maintaining its legality, but now face new calls to prohibit it altogether.

Although widely practiced in America, circumcision is far less common across the Atlantic, where critics describe it as a barbaric practice that violates the rights of children. In an increasingly secular Europe that already shows limited regard for religion, anti-Semitic and anti-Muslim rhetoric has become a staple of the public discussion. A ban on circumcision, a basic practice of Judaism, would by itself pose a serious threat to the future of Jewish life in Europe.

Yet even as the FRA survey documents this increase in anti-Semitism, it also shows how few victims report what they have encountered to the authorities. Barely a third report incidents of physical violence, and only a quarter report incidents of harassment to the police or to any organization. Regrettably, most victims say they don’t believe such reports would accomplish anything. Yet this underreporting has undoubtedly served to limit public perception of the problem and postpone public debate on how to address it.

Rabbi Andrew Baker is the American Jewish Committee (AJC) Director of International Jewish Affairs and serves as the Personal Representative on Combating Anti-Semitism for the Organization for Security and Co-operation in Europe (OSCE).