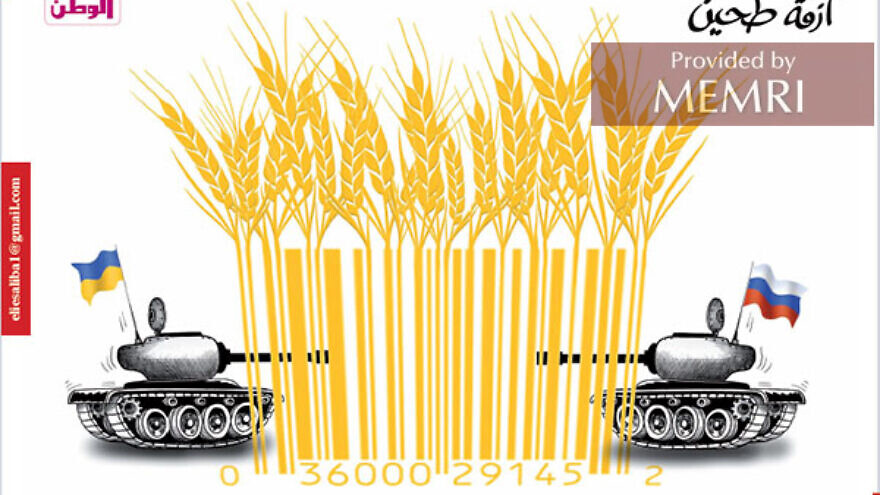 (March 9, 2022 / JNS) As a result of Russia’s invasion of Ukraine, various articles in the Arab press are calling for Arab states to draw lessons from the war and act to improve their deterrence capabilities so as not to face the fate of Ukraine.

According to a report by the Middle East Media Research Institute (MEMRI), in a March 3 column in the London-based Qatari daily Al-Quds Al-Arabi, Ali Muhammad Fakhro, Bahrain’s former minister of education and culture, wrote that the lesson to be drawn is that Arab countries should form a union to deter external enemies.

“Would Russia have treated Ukraine this way if Ukraine had been a member of the European Union? Of course not,” he said.

Others wrote, according to MEMRI, that the West could not be relied upon to help deal with the Iran threat.

For example, in his column in the London-based Saudi daily Al-Sharq Al-Awsat, Tariq Al-Homayed wrote that the United States and Europe could no longer be depended upon.

“Our generation and the next one will have to face a clear truth—namely, that the U.S. and Europe can no longer be counted on, [as evident from] momentous [recent] events, from Afghanistan to Ukraine,” he said.

Iraqi journalist Ibrahim Al-Zubaidi wrote in the London-based daily Al-Arab that the Arabs could not necessarily rely on American help against the Iranian threat.

Others addressed a possible shortage of wheat due to the war since many Arab countries rely on Ukraine and Russia.