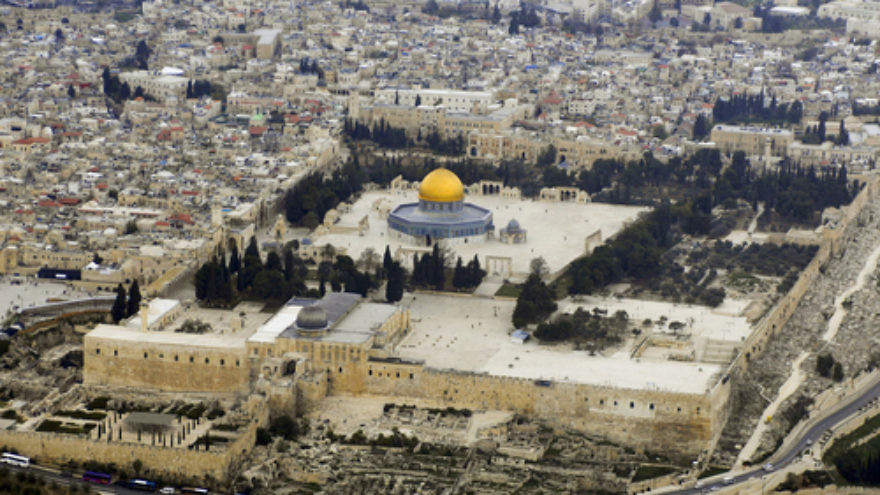 During the past few days, Arabs in Jerusalem stoned a Jew to death in the Armon HaNetziv neighborhood, wounded three Israeli policemen in the Jabel Mukaber neighborhood, and hurled rocks and firebombs at policemen on the Temple Mount.

How did the Obama administration respond? By condemning “all sides.”

White House spokesman Josh Earnest put it this way at his daily press briefing: “The United States remains deeply concerned by the recent violence and escalating tensions surrounding Haram al-Sharif, or the Temple Mount, as it’s also known. The United States, as we routinely do, strongly condemn all acts of violence, particularly in that location that’s so sacred to many, many people. It is absolutely critical that all sides exercise restraint, refrain from provocative actions and rhetoric, and preserve unchanged the historic status quo on the Haram al-Sharif Temple Mount, both in word and in practice.”

“All sides.” The Obama White House is incapable of distinguishing between right and wrong, between victim and aggressor. Everyone is equally to blame.

“Escalating tensions.” No hint as to who might be responsible for those tensions. They simply “escalate,” coming out of nowhere, not caused by anyone in particular.

“All acts of violence.” No mention of Alexander Levlovitz, the Israeli man who was stoned to death while driving home from Rosh Hashanah dinner with friends and family. Citing his name would put a human face on those vague “acts of violence.” It might remind the public that Jewish victims of Arab terrorism are real people.

If there’s one thing the White House does not want to do, it’s to draw attention to Jewish victims of Palestinian terrorism. Obama administration policymakers want the public to quickly turn the page, to get on to other issues, not stop and think about someone like Alexander Levlovitz. Mentioning his name might encourage people to pause and consider the implications of what happened to him.

And the implications are serious.

For example, there’s the fact that the Palestinians are still engaging in massive anti-Jewish violence, 22 years after signing the Oslo Accords, in which they pledged to stop engaging in violence.

There’s also the fact that the Palestinian Authority (PA) regime, which the Obama administration claims is moderate and peace-seeking, actively praises and encourages the violence. How could the administration continue its policy of pressuring Israel to make concessions if it admitted that the PA does not really want peace?

The most serious implication, of course, is what the violence tells us about the idea of creating a Palestinian state. Every Palestinian rock thrown at a Jew is a reminder that an independent Palestinian state, instead of bringing peace to the region, would be a source of constant violence against Israel.

That’s why the Obama White House has to blame “all sides.” Because the alternative—taking Israel’s side—is unthinkable to this administration.