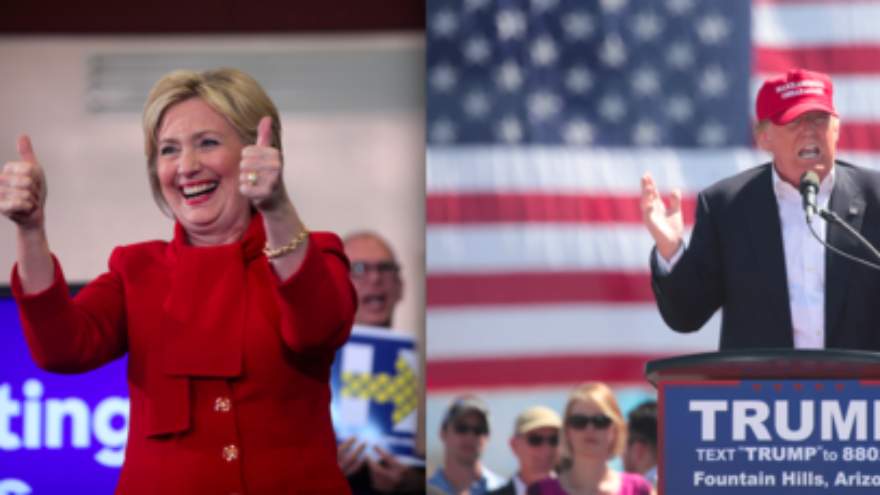 The current American presidential campaign features candidates who seem all too willing to set aside ethics for the sake of greater profits. One presumptive nominee proudly made large donations to politicians “so they would do what I want” to facilitate his business goals. The other took actions that benefited special interest groups, which then “coincidentally” donated large sums to her family’s private foundation.

It’s clear that their approaches to accumulating wealth have worked. According to Forbes, Donald Trump is worth more than $4.5 billion, and the Clintons have made $230 million since the husband of current Democratic candidate Hillary Clinton left the White House. But is the quantity of their profits matched by the quality of their character?

I wonder what Harold Jacobs would have thought of all this.

Jacobs (1912-1995) served as president of the Crown Heights Yeshiva, the Orthodox Union, and the National Council of Young Israel; he also chaired the New York City Board of Higher Education—a first for an Orthodox Jew. But his remarkable resume began with a string of business successes achieved by dint of hard work and determination. He built Precisionware, Inc. into the second-largest manufacturer of kitchen cabinets in the United States, along the way serving as a leader of the Commerce, Labor, Industry Corporation of Kings County (which rebuilt the Brooklyn Navy Yard) and on governor Nelson Rockefeller’s advisory committee on small business.

While working on a biography of Jacobs—“Building Orthodox Judaism in America: The Life and Legacy of Harold M. Jacobs,” published last year—I came across a remarkable speech that he gave to a group of Jewish businessmen in Allentown, Pa., in 1964.

The topic of Jacobs’s talk that day was business ethics. His words were at once a stinging rebuke to his professional colleagues and an inspiring insight into the theme of his professional life: morality, not profit-making, as the true key to business success.

Most American businessmen were clever, energetic, and efficient, Jacobs acknowledged—but they were “losing their insight into the moral sources of American economic strength” and thus were in danger of being “defeated by the competitor of us all, moral decay.”

The American economy would never have succeeded had it not been guided by “men more concerned with the betterment of the human spirit than the comforts of the body,” Jacobs insisted. “Human history is studded with the ruins of empires and nations [that were] wrecked because they lacked an overriding moral goal to which individuals could commit themselves…when we become success-dominated, we lose sight of our real reasons for living.”

What were the signs that American (and American Jewish) businessmen in the 1960s were losing their way? The “vulgar ostentation all around us;” the “sexual laxity” of the times; the “widespread defiance of the law;” and a “general toleration of wrongdoing.” Traditional religion, once a formidable barrier against immorality, “now tends to be superficial…for many laymen it consists of writing an occasional check and sporadic attendance at synagogue, rather than in personal commitment,” said Jacobs, who bemoaned what he called “the dearth of saints in this world.”

“A young executive rapidly moving up the financial ladder unequivocally stated in private conversation with me, ‘It is impossible to conduct business in the U.S. today without breaking the law,’” he said. Many businessmen kept “an equal variety of balance sheets.” Information on many tax returns constituted “outright perjury.” Suppliers bribed purchasing agents, industries bribed state legislators, and businessmen bribed witnesses or paid off policemen in order to ensure “protection of some dubious enterprise,” lamented Jacobs.

Certainly competition was the bedrock of the free enterprise system, Jacobs said. But competing “in ways that are designed to destroy someone else is very different from competing in terms of doing better than your rival,” he argued. Cutting down one’s rival does not make a person taller, Jacobs admonished his listeners.

“To seek a crippling advantage over another company,” he said, “is hardly fair competition and is certainly miserable ethics.”

But what should be done about this?

“The American businessman should literally place ethics on the agenda—for himself at home and in the office,” and at home, he needs to emphasize moral values, said Jacobs.

“Even his conversation at the table [can] serve the vital end of character education for himself, his wife, his children, and his guests…The stories he tells, the gestures he makes, the conversation he chooses and avoids, can all show that he has at least some notion of what life, America, and freedom are about,” he said, adding that in the office, a businessman’s decisions should be based on “expert advice on ethics,” and that he “should put moral health on the same level as mental and physical health, indeed above them.”

Jacobs concluded by alluding to the reluctance of Moses to assume the burden of leadership.

“The American businessman, who at his best embodies man of the Prophetic virtues, must also shoulder a unique burden of responsibility,” Jacobs told his audience. “The fate of the world hangs on his decisions, for above all the world needs ethical leadership from those it respects as supremely practical.”

Maybe Harold Jacobs would not have been surprised that some of this year’s American voters seem attracted to a particular candidate for the same reasons they were once fascinated by television shows such as “Lifestyles of the Rich and Famous.” Certainly Jacobs would not have seen anything wrong with admiring people who are successful. His quarrel would have been not with the acquisition of mansions and private jets, but rather the ways in which they were acquired. And the ways used by some of today’s political leaders seem questionable at best.

Dr. Rafael Medoff is the author of 16 books about Jewish history.