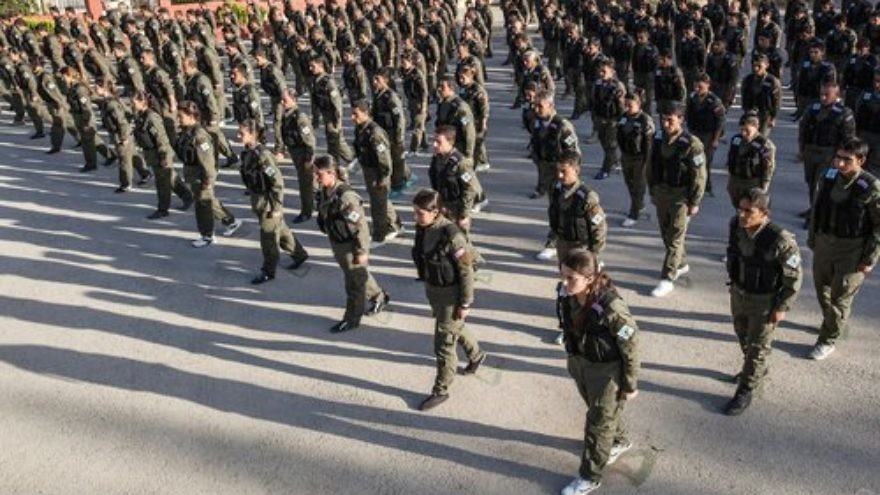 (March 23, 2017 / JNS) What steps can the West take to defeat Islamic State? The U.S. and Israel should work to push the Syrian Kurds away from the Iran-Shi’a axis and Russia, and toward an alliance with the Americans and the Israelis, leading experts on Syria and the Kurds told JNS.org.

“The U.S. and Israel could win Rojava as a loyal Western satellite if they are willing to guarantee its sovereignty and sign a defense agreement,” said Joshua Landis, a Syria expert and director of the Center for Middle East Studies at the University of Oklahoma, referring to the area consisting of several self-governing regions in northern Syria. Rojava is also commonly known as Western Kurdistan or Syrian Kurdistan.

“But they must be willing to escalate their defense of the Kurds against possible Turkish, Iranian, Syrian and Russian attacks,” he said.

Yet currently, the U.S. and Israel do not value the self-governing regions of Syria as a national interest, Landis argued.

“This was the same problem that the Syrian-Sunni rebels faced. The West doesn’t prioritize Syria over other regional concerns,” he explained, noting that Western nations instead prioritized keeping Turkey as an ally and pivoting to East Asia.

Landis’s comments come as Chagai Tzuriel, the director general of Israel’s Intelligence Ministry, told Reuters in a report published March 21 that Russia and other world powers should work to curb Iran’s growing military presence in Syria.

Meanwhile, the U.S. military is likely to send up to 1,000 additional ground troops to Syria as part of a future offensive in the Islamic State-occupied city of Raqqa, The Washington Post reported earlier this month. Raqqa serves as the jihadist terror group’s Syrian headquarters. America’s new plan would call for cooperating with Kurdish and Arab forces in northern Syria.

Turkey wants to send its own troops into Raqqa, but is unlikely to do so given its unwillingness to cooperate with the People’s Protection Units (YPG)—a Kurdish militia that the Turks view as supportive of the Kurdistan Workers’ Party (PKK), a terrorist organization that has a decades-old conflict with Turkey. Reuters reported that the YPG plans on expanding to more than 100,000 troops, from its current level of about 60,000.

At the same time, the U.S. needs to compete for the Kurds’ loyalty with Russia. As Reuters also reported this week, Russia is moving to train Kurdish fighters in northwestern Syria in what YPG spokesman Redur Xelil called “the first [agreement] of its kind.”

Dr. Sherkoh Abbas, president of the Kurdistan National Assembly of Syria (KNAS) umbrella organization, told JNS.org he shared his ideas about the region with Trump administration officials. Abbas’s plan centers on the possible implementation of safe zones in Syria and ways to defeat Islamic State by using the Kurds as key allies.

Abbas is pleased that so far, the Trump administration appears to support the concept of the safe zones, which would be aimed at stopping the flow of Syrian refugees to the West.

The Kurds, he said, are better partners than Syrian rebel groups whose fighters have defected to Islamist organizations.

“This is not good for the Kurds, other minorities, Israel, the U.S., Europe or other regional countries,” Abbas said. Trump administration officials have “told us that they like the Syrian Kurds,” but that “there were some problematic issues such as the Marxist ideology and links to [Syrian President Bashar] Assad, Iran and the PKK,” he said.

Abbas explained that previous U.S. administrations tried to get the Kurds to join the Islamist-dominated Sunni rebels in Syria. He asserted that KNAS is completely separate from the YPG and the Democratic Unity Party (PYD), the main political organization in Syrian Kurdistan. The PYD dominates the Syrian-Kurdish region “due to support from Assad’s regime, Iran, Russia and the U.S,” Abbas said.

KNAS remains outside the PYD-YPG coalition because “we see a hope that we can delink them from Assad, Iran and the PKK, and become closer to the U.S. and Israel,” he added. Abbas described the PYD as being dominated by the Syrian government and its allies, but said that with American support, the Kurds could switch loyalties “provided that the U.S. pressures the PYD to delink from Assad.”

Abbas said his organization has been trying to recruit a delegation of Syrian Kurds to visit the West or even Israel for meetings in order to forge an alliance. Regarding Israeli support for Syrian Kurds, he said that Israel “is reluctant because of Iran-PYD connections and its efforts to remain on good terms with the Arabs and Turks.”

Yet Abbas argued that the U.S. and Israel should prioritize supporting the Kurds because they could help break up the Iran-Hezbollah land corridor that stretches from Iran to Lebanon and reaches Israel’s borders.

“The Kurds,” he said, “are the natural allies for America and Israel.”