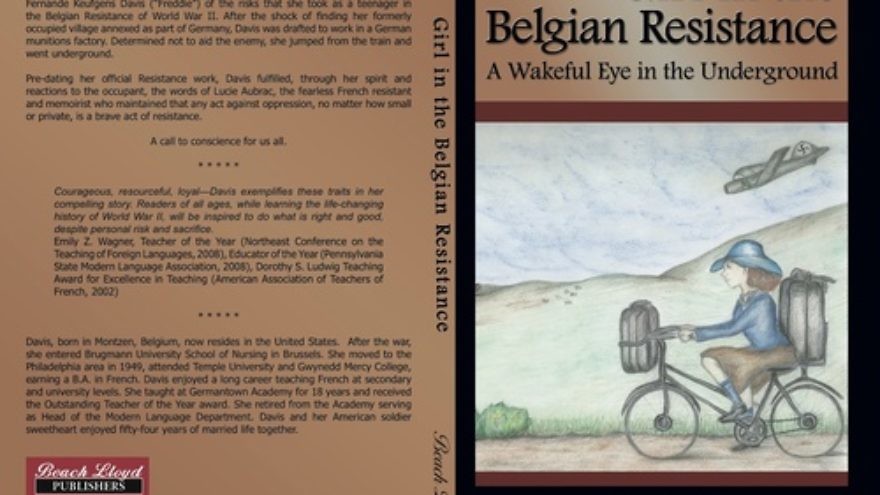 As the generation of Holocaust survivors passes, writers and researchers acknowledge the urgent need to ask probing questions and preserve fading memories. Moving forward, in the absence of firsthand accounts, survivors’ descendants will need to assume responsibility for educating future generations about the genocide.

In the modern era of self-publishing, the market for Holocaust literature has been glutted with personal accounts of horror, survival, hope, and despair, establishing a complicated legacy. Yet not every survivor finds the words or strength necessary to tell his or her story publicly. Likewise, many children of survivors struggle throughout their lives to understand their parents’ scars.

“Most grew up with the Holocaust as a silent, dark mystery,” Dr. Jerry Jennings, a clinical psychologist who has published three Holocaust memoirs on behalf of survivors, tells JNS.org. “They were denied the truth of what deeply shaped their parents’ and their own upbringing and they have strong emotions about touching a subject that was explicitly or implicitly forbidden by the parent.”

This communication gap may inhibit future generations from embracing and understanding Holocaust history. With so little time left, Jennings encourages younger generations to record their aging relatives’ stories. “There is untold value in getting the names and hometowns of family and friends in the ‘old world’—uncles, cousins, grandparents, et cetera,” he explains. Every detail counts.

The methodology that Jennings utilizes to transcribe his subject’s memoirs underscores the importance of meticulously collecting all available evidence. Jennings interviewed survivors Stella Yollin, Sol and Goldie Finkelstein, and Ida Hoffmann for his trilogy of books entitled “Stella’s Secret,” “I Choose Life,” and “Darkness Hides the Flowers.” He notes, “The goal of research is not to confirm or verify [survivor] stories, but rather to put their individual stories in the broader historical context.”

The task of correlating oral testimony with existing records requires patient listening and careful attention to specific names, dates, and places. Inconsistencies in a survivor’s story are not roadblocks. On the contrary, Jennings’s work reveals that the process of inquiry can lead to exciting discoveries, almost always resulting in a clearer picture of events.

“Sol insisted that during his time at Mauthausen Concentration Camp, he was a forced laborer in a cave that built [V2] rockets,” Jennings says, recounting one instance when the oral record he was transcribing did not match up with known facts. “For Sol’s story to be true, he would have been 500 miles away in a different camp and [working in] a different year.”

To reach into Sol’s murky memory for the missing clues, Jennings employed a unique strategy. He asked simple yet detailed questions like “How did you get from here to there?” and “What was the weather like that day?” That technique prompted the speaker to enlarge upon the day-to-day reality of his situation and experience. “Ultimately, Sol’s story was completely accurate,” Jennings says. “We found the subterranean sub-camp in the location and year that he said, but it was under a different name than the one used by Sol and the prisoners.”

Jennings’s trilogy is comprehensive. Instead of only relating his subject’s survival stories, he prompts them to reflect on their lives before and after the war. Omitting this information “was a disservice and even a distortion of the complete truth,” says the author.

Reflecting on these grim stories induced an emotional healing process for Jennings’s subjects, one he says was challenging at first, but immensely rewarding in its culmination. Finally, publication of this series provided a permanent record of each survivor’s personal triumph.

This message of perseverance finds a special home at Beach Lloyd Publishers, an independent press dedicated to bridging a time-honored Franco-American relationship through literature. By publishing World War II and Holocaust memoirs in French and English, this publisher has filled a small but significant niche with quality titles including, “Girl in the Belgian Resistance” by Fernande K. Davis, “Tu t’appelles Renée” by Stacy Cretzmeyer, and “I will Never be Fourteen Years Old” by Francois Lecompte.

“Our books and DVDs are top quality, always professional and bearing a message of hope,” Beach Lloyd’s manager, Joanne Silver, tells JNS.org. Like all publishers in today’s rapidly changing industry, however, Beach Lloyd’s educational goals are threatened by financial realities that could impair access to quality Holocaust resources.

“We cannot continue the expense of large exhibits and travel,” Silver says. “It’s not the materials. It’s the [small] size of the niche and the fact that public schools are financially strapped and cannot buy the materials.”

The legacy of the Holocaust includes themes of anger, frustration, forgiveness, courage, and achievement, evoking strong lessons that must provide a moral compass to future generations. But “genocides continue, deniers are still heard, and the Holocaust slips into history,” says Silver, underscoring the need to continue educating youths and adults about intolerance.

How prepared are survivors’ descendants, particularly the young, to embrace Holocaust history? Silver’s comments echo the essential discomfort that many people feel discussing the past. “I think that a young author could be hesitant to probe beyond a factual account, so as to avoid an emotional reaction,” she notes.

As Holocaust survivors pass, the genre of literature that will preserve their memories is poised to undergo a significant transformation. Silver advises, “This history should be embraced with great respect and with the conviction that one person, by being an upstander, can make a difference.” She anticipates a new dialogue emerging in which survivors’ stories are combined with second-generation accounts, and additional commentaries by noted Holocaust historians are woven into the texts.

“The most important thing is to capture the unique voice and personality of the survivor” for posterity, Jennings says. Silver stresses the importance of disseminating accurate information about the Holocaust that transcends all nationalities, races, religions, and the passing of generations. At Beach Lloyd Publishers, she says, it is understood that “the work of remembrance is a human issue, not just a Jewish issue.”