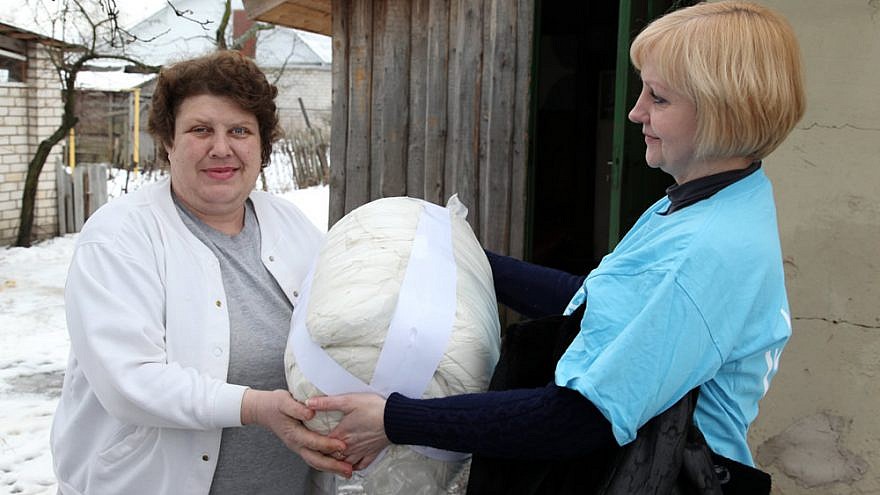 (January 30, 2019 / JNS) As extreme weather sweeps across the United States and Europe, the American Jewish Joint Distribution Committee urges the public to support local and global winter efforts that aid poor populations. JDC has provided such aid this year to more than 9,500 poor Jews, including the homebound elderly, across the former Soviet Union and Eastern Europe.

The critically important relief—deployed to ensure protection from dipping temperatures and rising costs during the winter months—includes thousands of tons of coal, firewood and gasoline; warm clothing and bedding sets; utility subsidies; minor home repairs; and extra food and medical supplies for people with limited access to stores and facilities in inclement weather conditions. 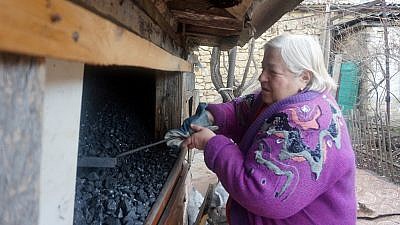 Nadezhda B. shovels coal provided to her by the American Jewish Joint Distribution Committee and the JDC-supported Hesed Social Welfare Center outside Odessa, Ukraine. Credit: JDC.

“The human toll of extreme cold, especially for vulnerable groups like the poor, elderly and children, cannot be underestimated,” said JDC CEO David M. Schizer. “As parts of America are plunged again into dangerous temperatures, the warm home and clothing we take for granted is often out of reach for those on the margins of society, like elderly Jews in places like the former Soviet Union.

“Today, we are divided by many things, but we can all agree on aiding the poorest among us,” he continued. “We ask the public to support efforts—whether your hometown coat drive, volunteering in a shelter or community center, or donations overseas—that provides a warm sense of community for those who are alone.” 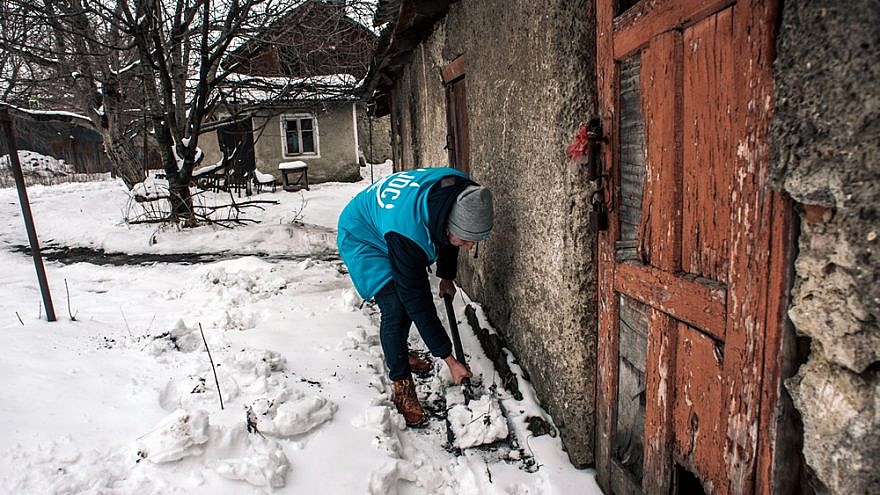 A Jewish volunteer—one of thousands trained by the American Jewish Joint Distribution Committee’s volunteer centers in the former Soviet Union, a partnership with the Genesis Philanthropy Group—shovels snow outside a Jewish senior’s residence in the northern Moldovan city of Bălți. Credit: Photo by Arik Shraga/JDC.

Among poor Jewish seniors in the former Soviet Union, many of whom live on as little as $2 a day in places like Ukraine, JDC Winter Relief centered on the payment of recipients’ utility bills, minor home repairs, heating appliances and the distribution of winter clothing. The assistance was provided in Russia, Ukraine, Moldova Georgia, Armenia, Azerbaijan, Kazakhstan, Kyrgzstan, Uzbekistan and Tajikistan.

In Hungary, JDC’s relief efforts focused on providing firewood to needy households, with more than 6,000 EUR worth of firewood provided for this winter season. In partnership with local Jewish communities in Romania, Bulgaria, Estonia and Latvia, aid included flu vaccinations and hats, gloves and scarfs.