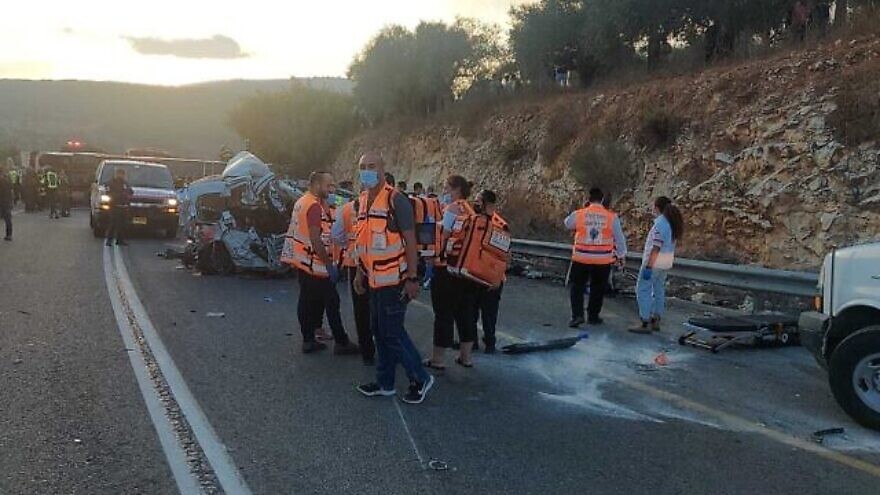 (September 29, 2021 / JNS) Five people were killed and dozens more injured when a bus crashed into a car and a van on Route 89, near the town of Hurfeish in the Upper Galilee on Wednesday afternoon.

According to Magen David Adom, the 76-year-old bus driver, a 35-year-old woman and her three children—a 12-year-old boy, a 10-year-old boy and a 3-year-old girl—were pronounced dead on the scene.

The bus, carrying some 40 passengers, most of them children and teenagers returning from a Bnei Akiva youth movement day trip, flipped on its side upon impact, trapping several people underneath and making it difficult for rescue services to arrive.

Military medics were transported to the site by Israel Air Force helicopters to extract the injured and evacuate the injured to the Ziv Medical Center in Safed, the Israel Defense Forces said in a statement.

United Hatzalah dispatched its Psychotrauma and Crisis Response Unit to the scene to provide emotional support to the survivors, the organization announced.