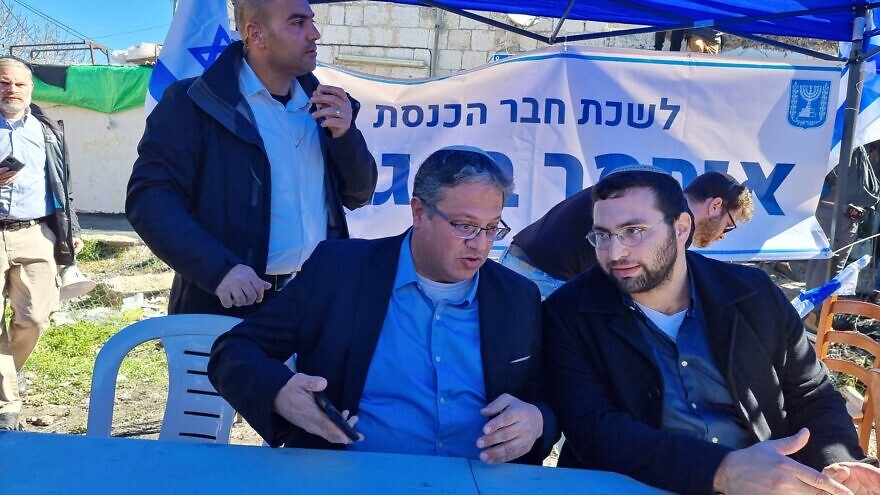 “Because of Jerusalem, the whole of Palestine will go up in flames,” warned Muhammad Hamada, the Hamas spokesperson for east Jerusalem in a Twitter message Sunday morning.

He was reacting to a decision by Knesset member Itamar Ben-Gvir of the far-right Otzma Yehudit Party to move his parliamentary office to the neighborhood in protest of what he said is a lack of police protection for Jewish residents.

Ben-Gvir arrived on Sunday moring and set up shot. He was met by police. The MK’s presence sparked a short round of violence. Police arrested two people.

The neighborhood has been a source of tension and controversy for years and is considered to have helped spark a war between Israel and Hamas last year.

Over the weekend, six Arab Israelis were arrested during riots in Sheikh Jarrah, the Israel Police said.

The riots broke out around midnight and included stone throwing and violent clashes between Jewish and Arab protesters. Videos shared on social media and by police showed Jews and Arabs throwing stones and other objects at one another.

A number of civilians were injured and evacuated for medical treatment, the police said.

The latest round of riots in Sheikh Jarrah. Video courtesy of @israelpolice. pic.twitter.com/UENWTH18R9

In one instance, a 21-year-old Arab rammed his vehicle into a Jewish Israeli. Police arrested the man, who claimed that he had been hit with pepper spray and had hit the person by accident. Police are investigating the incident, which was first suspected to be a ramming attack but is now not being evaluated as a terror incident.

Video from the moments after the alleged ramming attack in East Jerusalem’s Sheikh Jarrah neighborhood, amid clashes between Jewish and Palestinian residents, and police. pic.twitter.com/Nleq3P8Vmn

A United Hatzalah medic, who was among the first on the scene, said that the individual received initial assistance on the ground and then was transferred to Hadassah University Medical Center for additional care.

Another Israeli was hit in the head with a stone, said United Hatzalah. 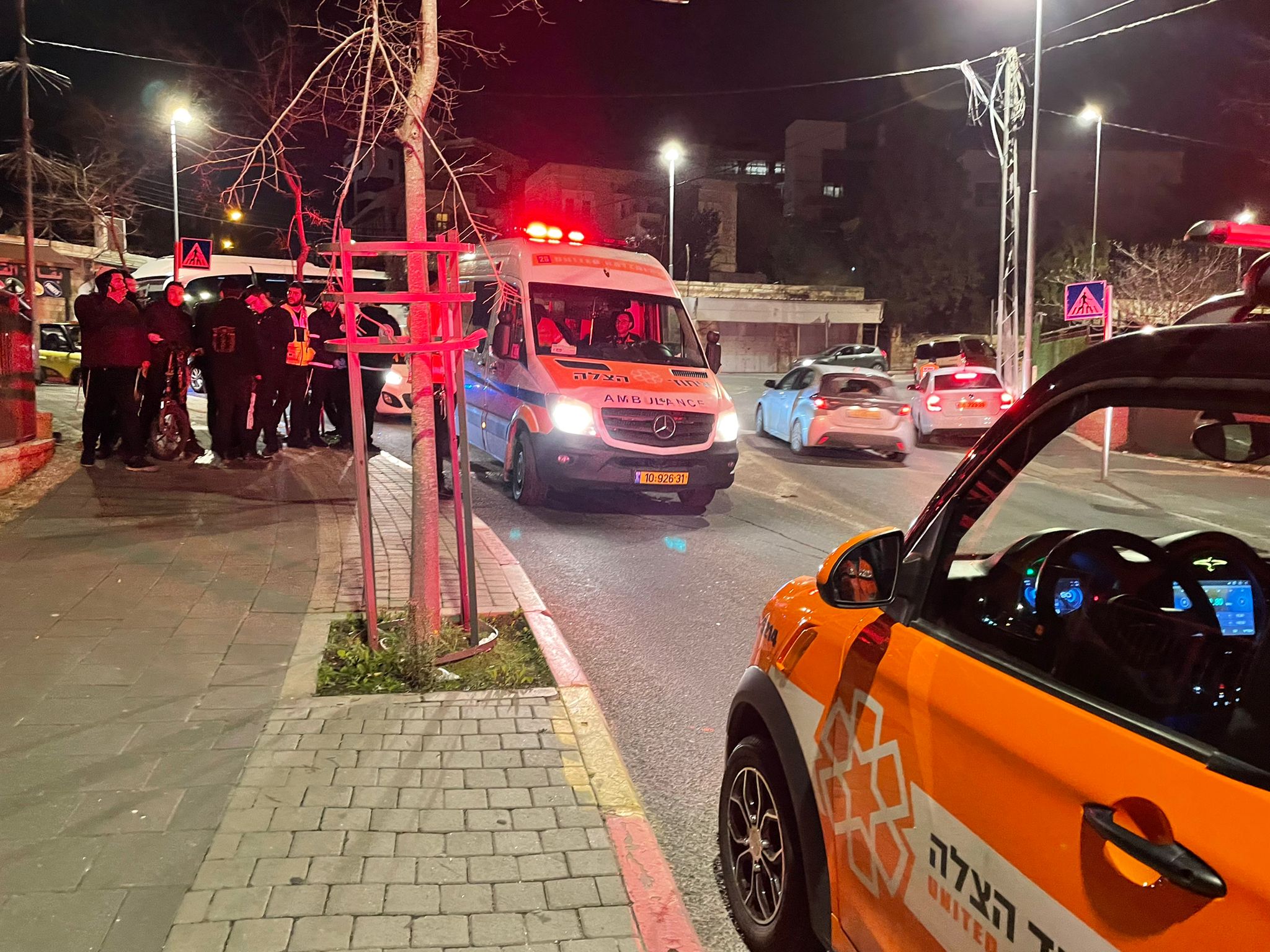 First responders at the scene after an Arab Israeli rammed his car into a Jewish Israeli in the east Jerusalem neighborhood of Sheikh Jarrah. Credit: United Hatzalah.

Police were forced to repel the rioters with tear gas and other more aggressive methods, after they failed to heed police warnings and disperse.

The eruption took place shortly after Ben-Gvir said that he would be setting up a parliamentary chamber office in the area to “protect” its Jewish residents, after Arab residents allegedly firebombed the home of a Jewish resident in the neighborhood. The family was not in the home at the time, but the structure suffered substantial damage.

“Where are the Israeli Police?” Ben-Gvir asked on Twitter. “Why are you waiting for a disaster to happen? The lives of Jews have become worthless!”

He added in a separate tweet that “if the police do not protect the residents, I will.”

He noted that he would specifically set up his office in the yard of the family whose home was set on fire, which is what he did on Sunday morning.

This would not be the first time that the far-right MK, a follower of the late extremist Rabbi Meir Kahane, set up such an “office.” In May 2021, shortly before “Operation Guardian of the Walls,” Ben-Gvir set up a table with an awning, that he called an office, on the lawn of one of the Jewish residents. He said he would not move it until police agreed to step up protection for Jews in the area, which they eventually did.

Sheikh Jarrah has been a flashpoint of the Israel-Palestinian conflict, centered on a long-running property dispute.

The neighborhood came back into the headlines last month due to a municipal dispute between the city of Jerusalem and a family that had built illegally on public land zoned for a special needs school for the city’s Arab residents. The dispute had been in court for several years and the court ultimately decided that the city could move forward with its plans.

The city evicted the family in January—the first Sheikh Jarrah eviction since 2017.