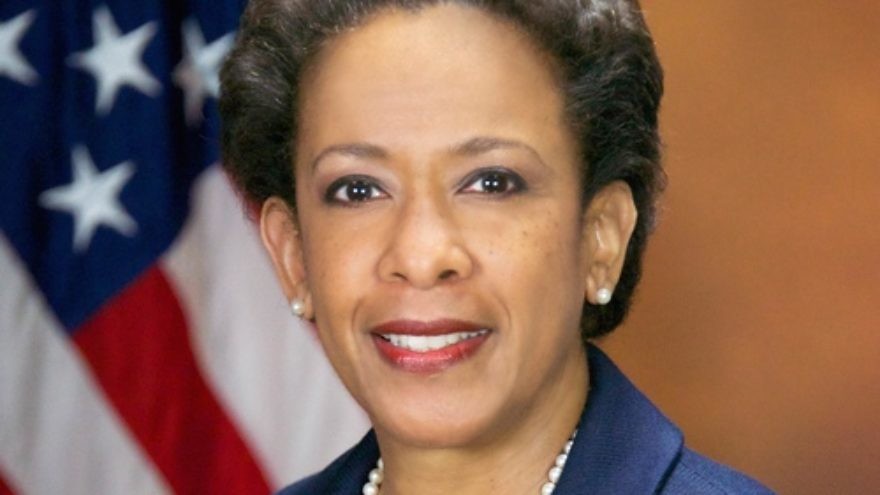 U.S. Attorney General Loretta Lynch says the Obama administration has deleted references to Islamic State from the transcript of the Orlando killer’s 911 calls. She says that mentioning the group would “re-victimize” the families of those whom he murdered.

Well, I’ve got news for the attorney general. As the father of a victim of radical Islamic terrorism, it’s not the mention of the terrorist group that re-victimizes me and my family. It’s the ongoing refusal of the Obama administration to name the group to which my daughter’s killers belong that causes us fresh pain every single day.

Alisa was a junior at Brandeis University who was visiting Israel in 1995 when members of Palestinian Islamic Jihad attacked the bus in which she was riding. She and seven other passengers were murdered. Some of the terrorists involved in the attack were subsequently captured or killed. But some of them are still walking free today—and the Obama administration is helping to cover up for them.

Find that hard to believe? Visit www.rewardsforjutsice.net—that’s the U.S. Justice Department website that offers rewards for information leading to the capture of terrorists who have killed Americans abroad. At the bottom of their home page, click on “Middle East and North Africa.” Then go to the right-hand column and choose the item called “Violence in Opposition to the Middle East Peace Negotiations, 1993 – Present.”

Now as you look at this section, keep in mind that since 1993, at least 68 Americans have been murdered, and 94 wounded, by Palestinian terrorists. Some were victimized by Fatah (the group led by the late Yasser Arafat, and currently by Mahmoud Abbas); some by Hamas; and some, including Alisa, by Palestinian Islamic Jihad.

Also keep in mind that in some other sections of the website—sections not involving Palestinian terrorists—the names of victims are mentioned, and the names of the groups that harmed them are mentioned as well.

But notice the difference in the section on the Palestinian attacks.

There, no victims’ names are mentioned. No specific attacks are listed. No organizations—not Fatah, Hamas, or Islamic Jihad—are identified. They are described merely as “terrorist groups and individuals opposed to a negotiated peace agreement.”

The fact that the terrorists were trying to murder Jews or Israelis is not even acknowledged. “The intent of these attacks,” the website claims, “was to disrupt peace negotiations and to modify the attitudes of the leaders engaged in them.”

They were just trying to “modify” leaders’ attitudes! It sounds as if they were just expressing some policy disagreements, and perhaps went a little overboard.

All of which brings us back to the attorney general and the “re-victimizing” claim.

The omission of the Orlando killer’s Islamic State connection will not spare the families any additional pain. Indeed, it is the very omission which causes them pain, just as the Obama administration’s omission of the names of my daughter’s killers and sponsors causes my family pain.

The names of the Palestinian killers are omitted because the administration does not want to irritate the Palestinian Authority, which sponsors and shelters the killers. The name of the radical Islamic terrorist group that inspired the Orlando killer is being omitted because the administration wants to play down any connection between terror and Islamic factions. In other words, it’s all politics.

That’s what “re-victimizes us,” Madam Attorney General. Every time we look at that website, we are reminded that your administration is willing to cover up the identity of terrorists in order to further a political or ideological agenda.