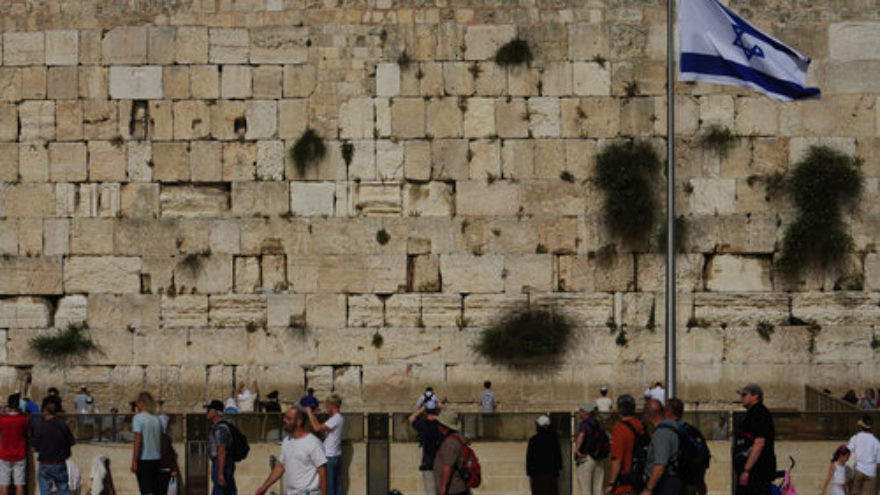 (December 6, 2017 / JNS) WASHINGTON—The attorneys in the landmark Jerusalem passport lawsuit are calling on President Donald Trump to instruct the State Department to list “Israel” as the birthplace of American citizens born in Jerusalem.

Attorneys Nathan Lewin and Alyza D. Lewin represented Jerusalem-born Menachem Zivotofsky, whose parents first sued the State Department in 2003, after it wrote “Jerusalem” rather than “Israel” on his passport as his place of birth. In June 2015, the Supreme Court ruled, 6-3, that the president has exclusive power to decide which country to recognize as sovereign in a given territory.

In the wake of President Trump’s Dec. 6 recognition of Jerusalem as Israel’s capital, the Lewins hope the previous U.S. policy will be reversed.

“Menachem Binyamin Zivotofsky and his parents view the president’s announcement today as the formal recognition by the United States that Jerusalem, being the capital of Israel, is necessarily in Israel as surely as Tel Aviv and Haifa are in Israel,” the Lewins said in an exclusive statement to JNS.

Although the president announced U.S. recognition of Jerusalem, he did not immediately take any steps to implement it, such as relocating the American embassy from Tel Aviv to Jerusalem. The passport question thus could emerge as the key test of how the president’s declaration will be implemented.

Prof. Eugene Kontorovich, a faculty member at Northwestern University School of Law, told JNS he is optimistic that Trump’s announcement “will translate, shortly, into a change in passport policy.” He said the president’s statement is substantially different than the language in the 1995 Jerusalem Embassy Act, which referred to the city as Israel’s capital.

“The 1995 recognition was by Congress, but under the Constitution only the president has authority to formally recognizes international borders, so this is decisive, binding and historic,” Kontorovich said.

Yet regarding the issue of borders, Trump said Dec. 6 in his announcement of America’s policy change on Jerusalem, “We are not taking a position of any final status issues, including the specific boundaries of the Israeli sovereignty in Jerusalem or the resolution of contested borders. Those questions are up to the parties involved.”

Trump did not specify whether his recognition of Jerusalem encompasses all of the city, including the Old City, where the Western Wall and Temple Mount are situated. But in Kontorovich’s view, the president’s announcement “does implicitly include all of Jerusalem, as all U.S. diplomatic references to ‘Jerusalem’ refer to the whole city.” The law professor pointed to internal State Department regulations such as its Foreign Affairs Manual, in which “Jerusalem” means the “current municipal boundaries of Jerusalem.”

Senate Minority Leader Chuck Schumer (D-N.Y.) told The Weekly Standard this week that he had urged Trump to use the phrase “undivided Jerusalem” in his announcement. The president did not utilize that term.