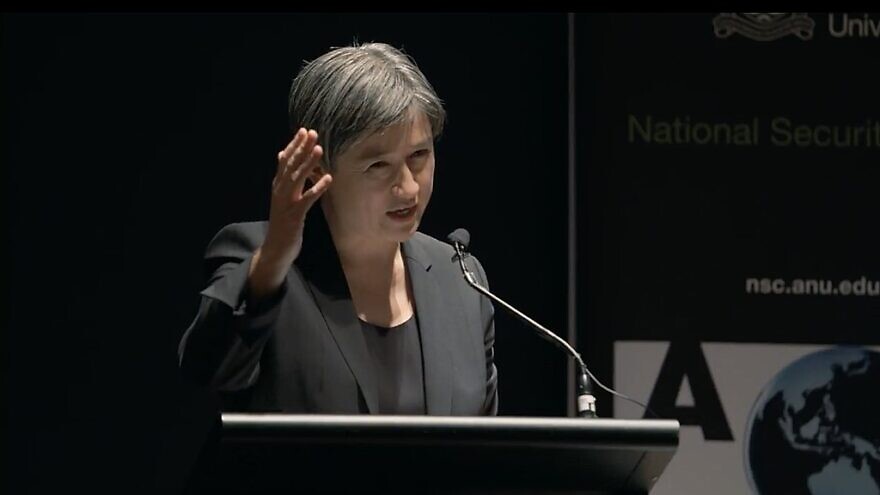 (December 11, 2022 / JNS) The Australian government announced on Saturday that it is imposing sanctions on two Iranian entities and several Iranian and Russian individuals involved in “egregious” human rights violations.

The Magnitsky-style sanctions target Iran’s Morality Police, the Basij Resistance Force and six Iranian individuals in connection with Tehran’s violent crackdown on protests that erupted following the death of Mahsa Amini in September, according to a statement by Australian Foreign Minister Penny Wong.

In an opinion column for the Sydney Morning Herald, Wong said that the penalties were aimed at Sadegh Hosseini, a senior commander of Iran’s Islamic Revolutionary Guard Corps. He was named for his suspected involvement in the indiscriminate use of violence against women.

Also included in the sanctions are seven Russian individuals who according to the Australian government were involved in the attempted assassination of Russian activist and former opposition leader Alexei Navalny.

The sanctions “demonstrate the Australian Government’s commitment to take clear action to assert our values, and to hold perpetrators of serious human rights violations and abuses to account,” according to the statement.

The Australian government announced further sanctions on three Iranians and one business involved in the supply to Russia of Unmanned Aerial Vehicles (UAVs) for use in Ukraine.

“Russia is using Iranian-made drones to target civilians and critical infrastructure, with the intention of denying Ukrainian people energy, heating and water as they face freezing winter temperatures,” the statement said.

“The supply of drones to Russia is evidence of the role Iran plays in destabilising global security. This listing highlights that those who provide material support to Russia will face consequences,” it continued.

The statement called for other countries to “exert their influence” on Russia to bring its “illegal, immoral” invasion of Ukraine to an end.

The Iranian Foreign Ministry denounced the sanctions as interference in its internal affairs and “incitement to violence,” Iranian state media reported.