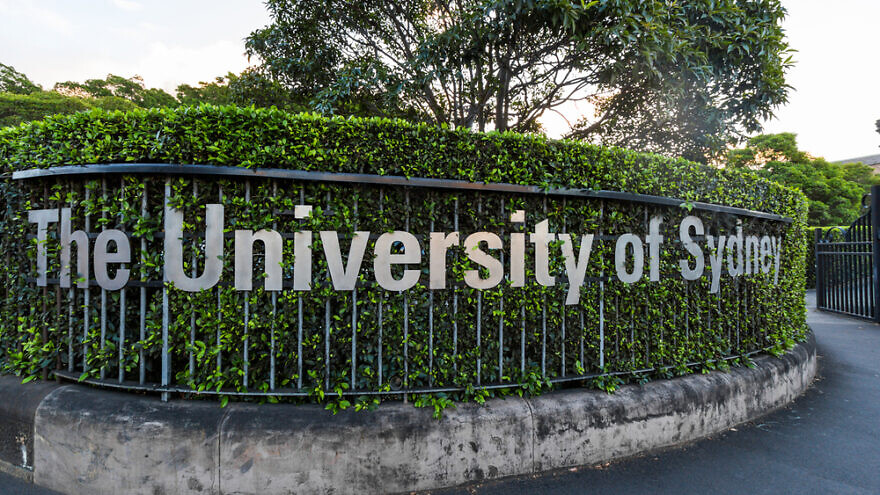 (September 1, 2021 / JNS) A former professor at the University of Sydney who was fired for superimposing a swastika on an Israeli flag garnered a victory in court after federal judges ruled in favor of the lecturer’s intellectual freedom, The Sydney Morning Herald reported.

Tim Anderson, who was acquitted of planning the 1978 Hilton Hotel bombing in Sydney, taught political economy at the university from 1998 until January 2019, when he was fired for publishing a lecture slide that included an infographic about the Israeli-Palestinian conflict and an Israeli flag with a swastika in the middle.

A federal court judge initially ruled that Anderson was not protected by the university’s intellectual freedom clause because it “does not create any enforceable obligation.” However, after the National Tertiary Education Union and Anderson filed an appeal, three judges of the federal court overturned the decision on Tuesday.

Two of the appeal judges said the infographic was “an expression of a legitimate view, open to debate, about the relative morality of the actions of Israel and Palestinian people.”

Justices Jayne Jagot and Darryl Rangiah argued that while the swastika flag image was “deeply offensive and insensitive to Jewish people” and could suggest a “false moral equivalence” comparing Israel to Nazi Germany, “the right [to intellectual freedom] would be meaningless if it is subject to qualifications such as not involving offence to others, not being discourteous to others, or not involving insensitivity to others.”

They said “offence and insensitivity” cannot be counted as criteria when deciding if an action violated the school’s clause on intellectual freedom.

Anderson said the university and media “falsely depicted” his infographic “simply as a ‘swastika image’ offensive to Jewish people.” While he welcomed the court’s ruling in a Twitter post on Tuesday, a university spokesperson said the school was upset by the court ruling.