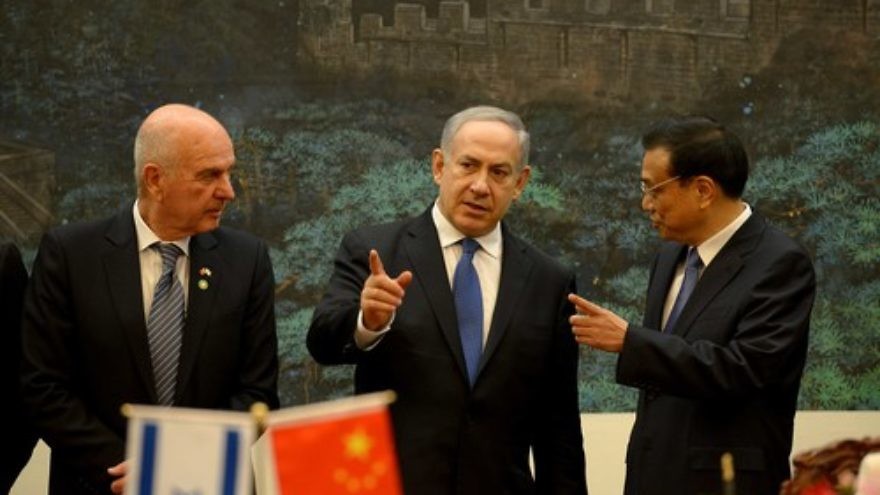 (October 6, 2013 / JNS) An apparent antidote to the anti-Israel Boycott, Divestment and Sanctions (BDS) movement is coming from a once unlikely source. Chinese magnate Li Ka-Shing, among Asia’s richest businessmen, recently donated $130 million to Israel’s Technion University, as part of a joint venture with Shantou University that will establish the Technion Guangdong Institute of Technology (TGIT).

The gift, one of the largest ever to an Israeli university, is indicative of a pervasive deepening in the connection between Israel and one of the world’s emerging powers, China. This is the first time a school from any other country has been invited to establish an entirely new academic college based in China.

In addition to the $130 million gift to Technion, for strengthening Technion’s home campus in Haifa, Guangdong Province will invest approximately $150 million to develop the new Technion Guangdong campus.

“While academics around the world are attempting to damage Israel’s economy with calls for boycotts and divestment, it is the Chinese who see the inherent value in Israeli ingenuity, innovation and education,” Carice Witte, executive director of Sino-Israel Global Network and Academic Leadership (SIGNAL), an institute working to advance Israel-China relations, told JNS.org.

“Economic stability is one of China’s main goals. They view this collaboration as an investment in their own future,” Witte said.

Over the past several years, China has demonstrated a growing interest in Israel’s technological contributions, particularly in the areas of water conservation and purification, agriculture, air quality and alternative energy. Further, multiple Chinese universities have established Israel Studies Centers. The development of such study centers is a strategic asset for Israel, as top Chinese academics often serve as advisors to top government officials.

At the same time, American campuses are seeing significant anti-Israel activity, including the annual “Israel Apartheid Week.” Over the past decade, many leading universities have accepted multi-million dollar donations from philanthropists in Muslim-majority nations, most notably Saudi Arabia, to establish Middle Eastern studies programs that many Jewish groups criticize for an alleged anti-Israel bias. Last month, a map used in an Arabic language course at San Diego State University labeled all of the Jewish state’s territory as “Palestine,” before it was replaced with a map that included Israel.

Academics at American universities are among the leaders of those calling for divestment from Israel, in addition to expressing other anti-Israel sentiments. University of Pennsylvania professor Ian Lustick in September wrote a controversial New York Times op-ed calling for a one-state solution to the Israeli-Palestinian conflict, under which Israel “may no longer exist as the Jewish and democratic vision of its Zionist founders.” Last summer, the University of California (UC) Board of Regents voted in Sadia Saifuddin, a leading BDS activist, as a student regent. Additionally, several student governments in the UC system have passed resolutions calling for their schools to divest from Israel.

According to Witte, China’s investment in Israel is neither political nor ideological, but rather a practical investment in China’s own economic and social interests.

“China wants to make the transition from being a manufacturing power to becoming innovators, and they believe that the Israeli innovative spirit can help them accomplish that goal,” Witte said.

Technion President Peretz Lavie wrote in a letter to alumni, “A number of leading universities from the U.S., U.K. and Australia have already launched academic programs in China, but the Technion is the first university whose China campus and operation will be fully funded by Chinese resources.”

“With this agreement the Technion has taken another major step forward in our quest to become one of the top leading science and technology universities in the world,” Lavie wrote. “Together with our partnership with Cornell in the Jacobs Technion-Cornell Innovation Institute in New York City, and other strategic international collaborations, the Technion has become a world renowned powerhouse in science, technology and innovation—and this is manifesting itself east and west.”

In September, Technion was cited by Bloomberg Rankings as the world’s seventh leading university—the only university in the top 10 outside the U.S.

Undergraduate and graduate students at the new facility in Guangdong Province will receive their degrees from Technion.

In addition to the new university campus, a nearby a technological park will be built to “serve as a bridgehead for Israeli companies interested in the Chinese market,” according to Lavie.

Speaking at a ceremony in Tel Aviv Sunday marking the joint venture, Ka-Shing stated, “In a world of fluid boundaries, the transformative power of technology waves like a magic wand, bringing new models and opportunities to many frontiers and generating new solutions to entrenched problems, but we all know the wands are only as powerful as the wizards who use them, and the magic comes from the genius within.”

“Our responsibility is to invest in education to unlock that genius and enable the continuing realization of human potential, building a society rich in knowledge and securing a sustainable quality of life for all. Failing to do so amounts to a crime against the future,” Ka-Shing said.

“When you combine the innovation and entrepreneurial spirit of Israel with the unbelievable scale of China, you have a great partnership,” Lavie added. “We hope that by combining our research methodologies with the scale and resources of China, we will create a major research institute that will help not only China and Israel, but also mankind in general.”

Witte told JNS.org that the most significant aspect of the deal is that the Technion “offers a uniquely effective way of marrying Israeli innovation and creativity with Chinese commercialization and manufacturing capabilities to build a new engine for development.”

The Israeli government has recently invested significant energy in strengthening the Israel-China relationship, particularly as the U.S. economy remains muddled in recession, and American government debt threatens ongoing financial aid for Israel. This past month, Israel expressed a willingness to waive $55 million in financial commitments from the U.S. for the Arrow Missile Defense System.

Israeli Prime Minister Benjamin Netanyahu; Industry, Trade and Labor Minister Naftali Bennett; and Strategic Affairs Minister Yuval Steinitz have all made recent trips to China to nurture the relationship. The deal with Ka-Shing and Guangdong Province may prove to be just the first of many large investments.

“This joint venture is important for economic development and regional stability for both Israel’s region and China’s region,” Witte said.

“That the tiny nation of Israel, with only 8 million people, has the ability to partner with the world’s most populous nation and the world’s second-largest economy, is a very powerful sign of Israel’s unique ability to contribute on the world stage,” she added.