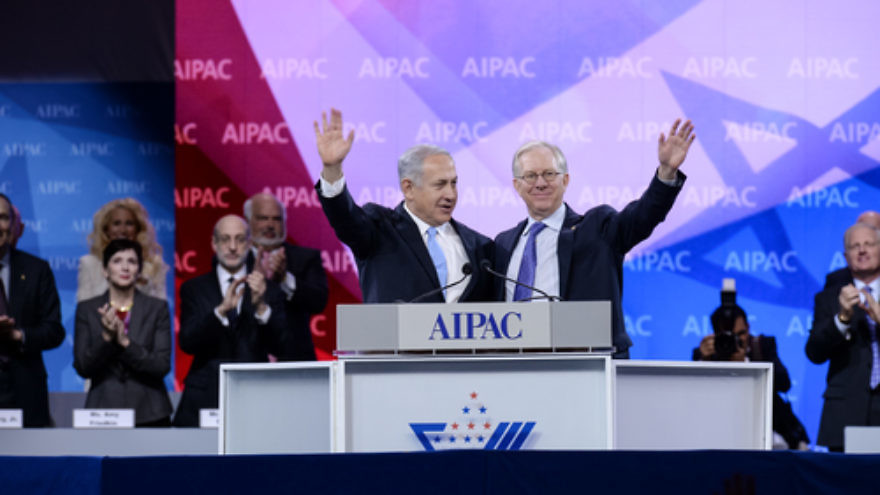 “The BDS boycott movement is not going to stop that, any more than the Arab movement could stop Israel from becoming a global technological power,” he said. “They are going to fail.”

“Israel’s best economic days are ahead of it, mark my words,” Netanyahu added.

BDS is “bad for peace” because it hardens the Palestinian position and “makes mutual compromise less likely,” said the prime minister. He noted that Israel is the only Middle East country that protects Christian worship, gay rights, and freedom of the press.

“The BDS movement is not about legitimate criticism, it’s about making Israel illegitimate,” he said. “It presents a distorted and twisted pictured of Israel to the naïve and the ignorant.”

“Those who wear the BDS label should be treated exactly how we treat any anti-Semite or bigot… The boycotters should be boycotted,” Netanyahu added.

On the Iran nuclear program, Netanyahu said the “soothing words” of Iranian leaders don’t “square with Iran’s aggressive actions,” such as building a heavy water reactor, which has no purpose in a peaceful nuclear program, or building intercontinental ballistic missiles, whose only purpose is to carry nuclear warheads.

Iran must be prevented not just from having a nuclear weapon, but also from having the capacity to make one, said Netanyahu.

“If we allow this outlaw terrorist state to enrich uranium, how can we seriously demand that any other country not enrich uranium?” he asked.

Only more pressure on Iran “will get them to abandon their nuclear weapons program,” Netanyahu said.

“The greater the pressure on Iran, and the more credible the threat of force on Iran, the smaller the chance that force will ever have to be used,” he said.

Peace with the Palestinians, meanwhile, would open up the possibility of establishing formal ties between Israel and many Arab countries, and the combination of Israeli innovation and gulf entrepreneurship “can catapult the entire region forward,” Netanyahu said.

The prime minister called on the Palestinians to “stop denying history” and for Palestinian Authority President Mahmoud Abbas to “recognize the Jewish state, and in doing so, you would be telling your people, the Palestinians, that while we might have a territorial dispute, the right of the Jewish people to a state of their own is beyond dispute.”

If a peace deal is reached, “It may take years, it may take decades, for this formal acceptance of Israel to filter down to all layers of Palestinian society,” meaning Israel needs long-term security arrangements on the ground to protect it, according to Netanyahu.

“I hope that the Palestinian leadership will stand with Israel and the United States on the right side of the moral divide, the side of peace, reconciliation, and hope,” he said.