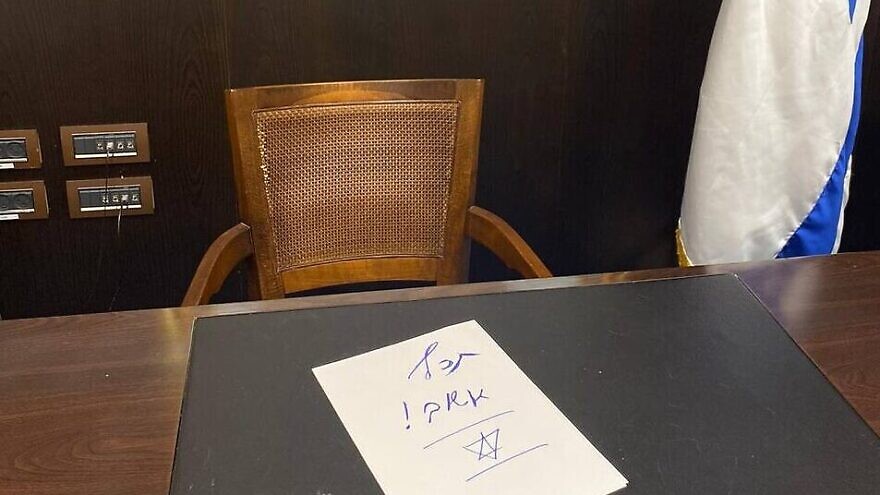 A note left in 2021 by Benjamin Netanyahu to his successor, Naftali Bennett, on a desk in the Israeli Prime Minister's Office, that reads, "Be Right Back!" Credit: screenshot.
Spread the word.
Help JNS grow!
Share now:

(November 6, 2022 / JNS) When he left the Prime Minister’s Office in 2021 following his 12-year tenure as premier, Benjamin Netanyahu left a note on the desk for his successor, Naftali Bennett, that read, “Be right back!” Channel 12 reported on Friday.

Bennett took over the post from Netanyahu in June of that year.

The missive included a rudimentary drawing of the Israeli flag, replete with the Star of David.

Netanyahu is poised to fulfill the promise just under a year and a half later, with his right-religious bloc having won a decisive victory in Tuesday’s national elections.

The current Israeli opposition and Likud Party leader has invited other party heads from the bloc for meetings on Sunday, as the process of forming the country’s next governing coalition kicks into gear.