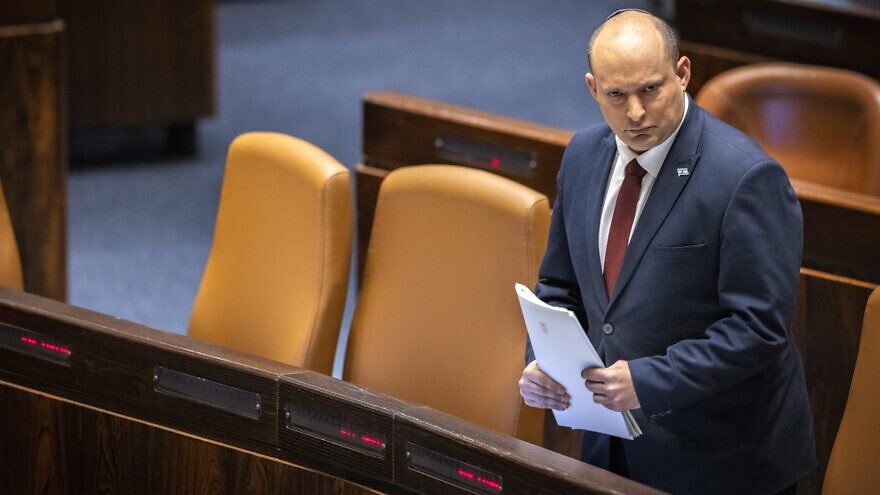 (June 29, 2022 / JNS) Israeli Prime Minister Naftali Bennett announced on Wednesday that he would not run in the upcoming election.

“The State of Israel is the love of my life. Serving it is my calling,” he said.

Long-time political partner Ayelet Shaked will replace Bennett as the head of Yamina. She has said she would be open to joining Likud leader Benjamin Netanyahu in forming a right-wing government.

Israeli TV Channel N12’s poll predicted that Yamina would get five seats if led by Shaked.

It also found that Likud would get 34 mandates, Lapid’s Yesh Atid 20 and Gideon Sa’ar’s Tikva Hadasha would barely pass the threshold at 4. Bezalel Smotrich’s Religious Zionist Party rises to nine seats in the poll.