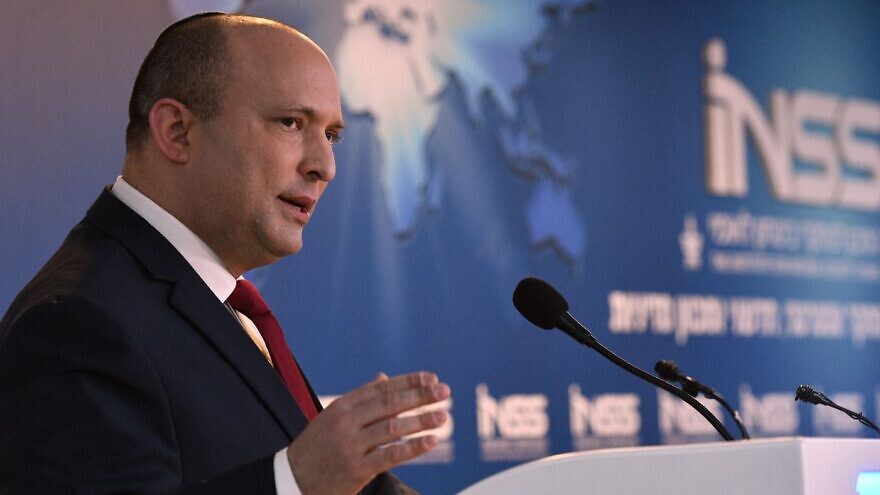 (February 21, 2022 / JNS) Israeli Prime Minister Naftali Bennett said on Sunday that Iran is demanding the removal of the Islamic Revolutionary Guard Corps (IRGC) from the U.S. State Department list of foreign terror organizations as a condition for agreeing to a new nuclear deal.

According to a report by Axios, Bennett’s remarks came during a speech to representatives of U.S. Jewish organizations in Jerusalem. He did not say whether or not the Biden administration has agreed to reverse the Trump administration’s 2019 move to blacklist the IRGC.

“And to cap the chutzpah—Iran is demanding to delist the IRGC. Do you understand? They are now asking to let the biggest terror organization on earth off the hook,” said Bennett.

He did note that the United States rejected another Iranian appeal that International Atomic Energy Agency (IAEA) inspections into its military nuclear program be halted.

However, according to the report, Bennett said that the Americans and Europeans would allow Iran to keep advanced centrifuges in storage in Iran rather than destroying them.