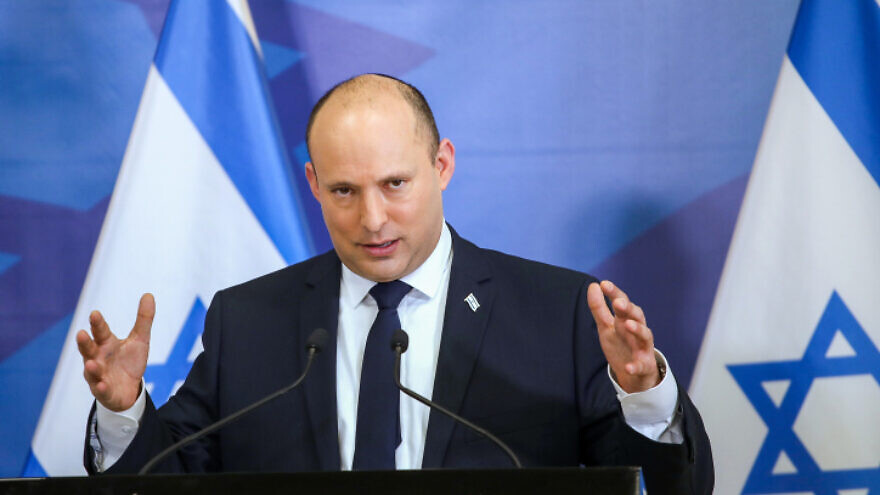 (December 2, 2021 / JNS) Israeli Prime Minister Naftali Bennett called on Thursday for a halt to the nuclear talks taking place in Vienna between Iran and world powers.

Bennett made this plea in a phone conversation with U.S. Secretary of State Antony Blinken, according to the Prime Minister’s Office.

Referring to Wednesday’s International Atomic Energy Agency report that Iran has begun enriching uranium to the level of 20 percent purity at its Fordow underground facility, Bennett told Blinken that Tehran was engaging in “nuclear blackmail” as a bargaining tactic.

This, he said, must be met with an immediate cessation of negotiations and concrete steps by the powers involved.

Talks between Iran and world powers around a return to the 2015 Joint Comprehensive Plan of Action (JCPOA) resumed on Monday in the Austrian capital after a five-month hiatus.

The United States unilaterally exited the JCPOA in 2018 under then-President Donald Trump.