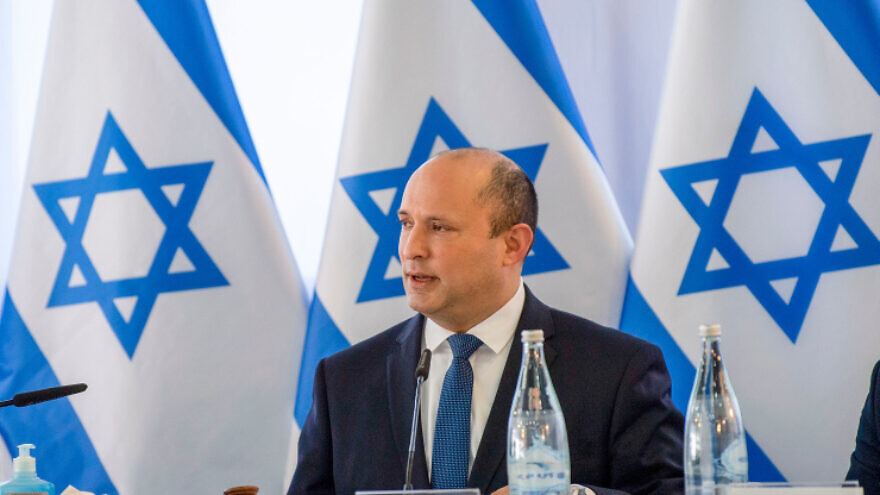 (December 28, 2021 / JNS) Israel will not automatically oppose any deal reached between Iran and world powers, but will judge any agreement on its merits, Israeli Prime Minister Naftali Bennett told Army Radio on Tuesday morning, a day after nuclear negotiations resumed in Vienna.

“We’re not knee-jerk naysayers,” he said, invoking the name of a Hebrew children’s book about an intransigent teddy bear. “Our approach is a practical one.”

Alluding to the previous government, led by former Prime Minister Benjamin Netanyahu, Bennett said that the present coalition “isn’t looking to fight [with the administration in Washington] for the sake of fighting, but to achieve a result. If the result is good, good; if it requires some type of tension [with Washington], so be it.”

“Of course, there can be a good deal, of course,” he stated, though expressing doubt that, “given the current dynamic,” one will be forged.

Though Iran “is negotiating with a very weak hand,” he said—pointing to the “rotten, extremist, corrupt, unstable regime … [unable] to provide water to the residents of Isfahan [and beset by] “demonstrations and riots”—the world is treating Tehran as though it’s in a position of strength.

“Our strategy is holistic,” he said. “Not with a narrow focus, but with perspective. And I have no doubt that with the right conduct, we’ll be able to overcome.”