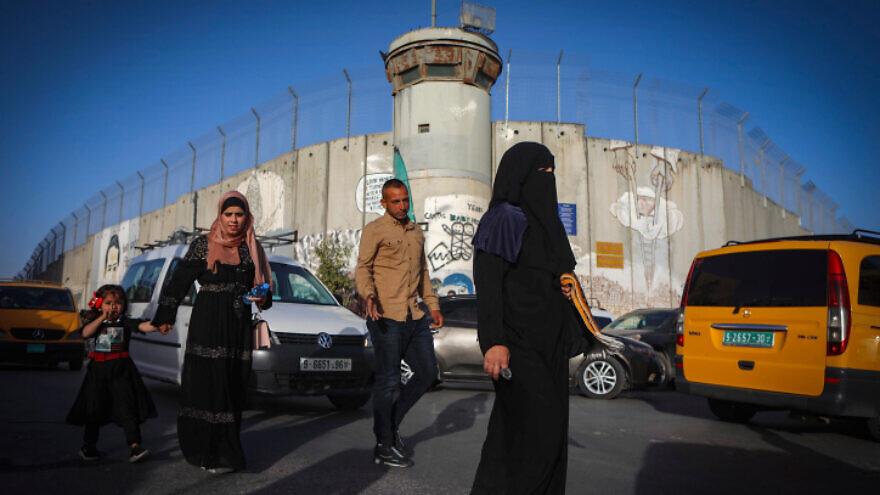 (July 14, 2022 / Israel Hayom) Sami prepares his special tea mixture for the tourists that pass his market stand, located at the end of one of the long alleyways on the outskirts of Bethlehem. Merchants in the Old City stand at their storefronts, desperate for customers. After two years of COVID, the local businesses still haven’t recovered, nor has the city’s tourism industry.

The residents of Bethlehem’s daily concerns focus on making a living and their lack of financial stability. U.S. President Joe Biden’s visit to the city is of little interest; some of the locals haven’t even heard about it.

“American presidents come and go, and we stay,” says Sami, holding a tray with cups of tea on it.

“People have already stopped dreaming big or believing promises. We live our lives as they are. The reality hasn’t changed, and there’s no reason to think that a visit by one national leader or another will get things moving,” he adds.

The closer one gets to the Church of the Nativity, Bethlehem seems busier, and Palestinian Authority security forces are present in the made business areas, where families and children stroll among the stands on the main plaza, enjoying ice-cream cones.

A man selling roasted corn calls out to passers-by that he has “flavored corn” in cups of different sizes. “Five shekels [$1.45] for a medium cup,” he says. The corn seller doesn’t have much to say about Biden’s visit other than “OK, he’s coming.”

Further up the street are hawkers of souvenirs, who make their living mainly from tourism.

“Politicians just talk—it’s all blah, blah, blah, and the people don’t see anything from it. We don’t think about a Palestinian state or any of those things related to the peace process. What will President Biden do? After he leaves, will the situation here be any different?” one of the street vendors says bitterly.

“Biden is coming for the Israelis, not for us. He’s making a polite tourist visit to Bethlehem,” he adds.

Locals say that Biden’s scheduled visit with P.A. head Mahmoud Abbas will most likely take place in what they call the “conference palace” at the northern end of the city. A sign that reads, “Mr. President, this is apartheid,” has been put up at an intersection and local protesters, along with activists who oppose the P.A. regime—including members of the Tanzim, Fatah and Popular Front for the Liberation of Palestine—plan to demonstrate during the presidential visit.

Adel, who drives a yellow taxi parked a few feet away from where he is standing, has heard about Biden’s visit but gives the unmistakable impression that he is concerned with other things entirely.

“Tomorrow, we have a general strike by taxi drivers and public transportation. Everything is expensive. Gas prices are up, there are a lot of expenses, and it’s all on our backs,” he says while waiting for potential passengers.