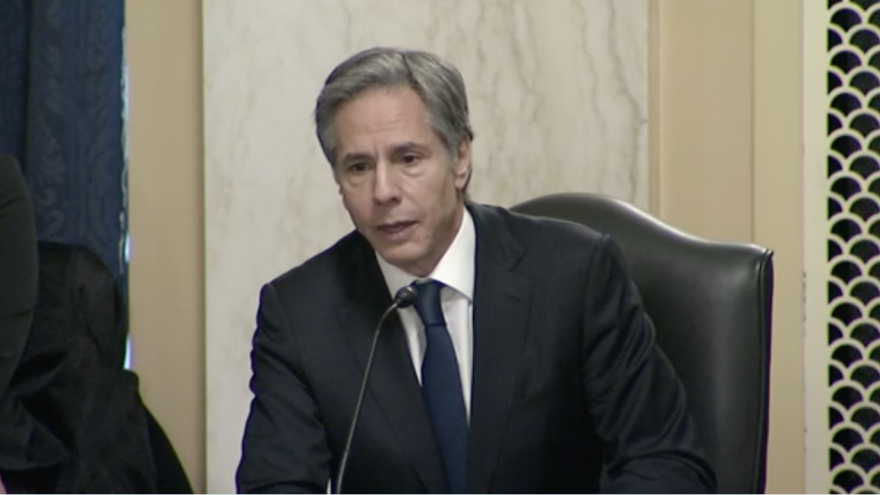 On Tuesday morning, Avril Haines, nominee for the director of national intelligence, remarked that Biden said that the United States would re-enter the JCPOA “if Iran comes back into compliance,” but things are “a long ways from that.”

She also told the U.S. Senate Select Committee on Intelligence that Biden “has also indicated in doing so” that he would “have to look at the ballistic missiles you’ve identified and destabilizing activities Iran engages in.”

The United States withdrew in May 2018 from the nuclear deal, reimposing sanctions lifted under it, along with enacting new sanctions on Iran as part of what the Trump administration has called a “maximum pressure” campaign.

The following afternoon, U.S. Secretary of State nominee Tony Blinken echoed Haines, emphasizing that the United States is “a long way” from re-entering the nuclear accord.

Blinken also told the Senate Foreign Relations Committee that Biden would consult with Israel and Gulf allies before re-entering the deal.

Additionally, Blinken said that the United States should not lift terrorism sanctions on Tehran or unfreeze assets belonging to Iran in order for the Islamic Republic to come to the negotiating table.

In addition to his answers on Iran, Blinken talked about building on the Abraham Accords—the normalization agreements between Israel and the United Arab Emirates, Bahrain, Sudan and Morocco—though he said, without specifying, that there are details that should be reviewed. Previously, Blinken expressed reservations about America’s F-35 deal to the UAE following Abu Dhabi normalizing ties with Israel.

However, Blinken criticized the Trump administration for its designation this month of the Iran-backed Houthi rebels in Yemen as a terrorist entity, lamenting that the move will hinder humanitarian assistance to Yemen even if there are exemptions for the United States to do so, citing that most of the humanitarian aid to that country mostly comes from other countries.

Also regarding Yemen, Blinken said that while the United States should end its support for Saudi Arabia’s intervention in the country, Washington should continue its allied status with Saudi Arabia.

Furthermore, Blinken noted the BDS movement “unfairly and inappropriately” calls out Israel and creates a double standard, though he noted that the Biden administration will always respect First Amendment rights. He did call for the two-state solution to the Israeli-Palestinian conflict, though said, “Our commitment to Israel’s security is sacrosanct.”

Additionally, when asked by Sen. Ted Cruz (R-Texas) if Jerusalem is Israel’s capital and whether the United States will keep its embassy in Israel in Jerusalem, Blinken replied: “Yes and yes.”

Referring to the JCPOA, Austin told the Senate Armed Services Committee, “The preconditions for us considering to re-enter into that agreement would be that Iran meet the conditions outlined in the agreement … back to where they should have been,” adding that other issues, including ballistic missiles, would need to be addressed.

Referring to the Abraham Accords, Austin said that countries agreeing to normalize relations is a good thing and that the normalization agreements have put more pressure on Iran and he expressed hope that the deals will have good effects.