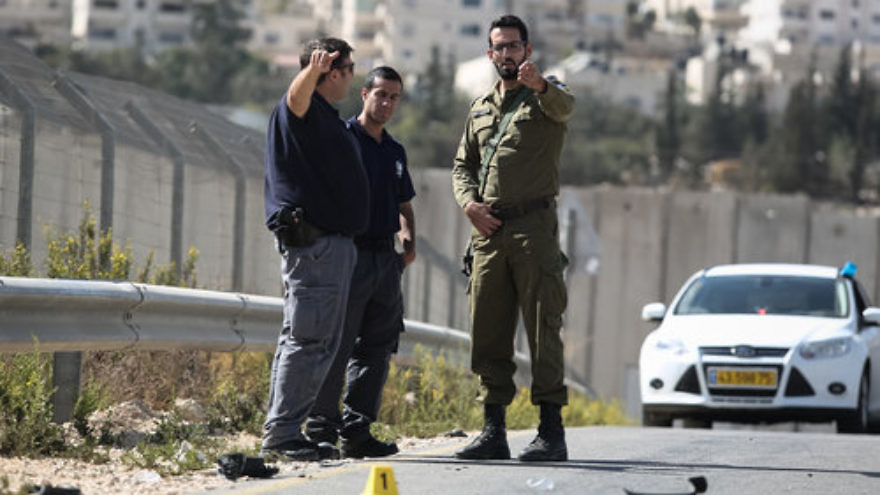 When is a Palestinian terrorist attack not worthy of serious attention, in the eyes of America’s major daily newspapers?

When there’s no way to make the Palestinian attacker look sympathetic, of course.

The New York Times has a bureau in Israel, with a staff of reporters. So does the Washington Post. Either of them could have sent a reporter to the hospital to interview the victims. Their reporter could have called the victims’ families. He or she could have visited Khamad Khadr Ashikh’s home town, and asked his relatives and neighbors whether they consider the stabber to be a terrorist or a hero. The Times or the Post at least could have told its readers what the Palestinian Authority (PA) was saying about the attack on PA-controlled television and radio stations.

But that kind of reporting is fraught with risk, if you have a pro-Palestinian agenda. Hospitalized stabbing victims inevitably generate sympathy for Israel’s side. Palestinian neighbors and relatives typically praise perpetrators of anti-Jewish violence, so that would make the Palestinian cause look bad. As for the PA, its official print, TV and radio outlets always portray Palestinian terrorists as heroes—so acknowledging what the PA is saying would further discredit the Palestinian cause.

So, instead of doing their duty as journalists, the Times and the Post posted a very brief Associated Press (AP) article about the attack. That enables them to say they didn’t ignore the story. But the AP’s report really wasn’t much better than ignoring the story altogether.

To begin with, the AP did not even mention the 12-year-old Israeli boy who was stabbed. Was it sloppy reporting, or a deliberate attempt to slant the story? Hard to say. But this much is undeniable: when Israeli children are stabbed, that generates sympathy for Israel; by contrast, police officers are armed, so attacks on them don’t necessarily seem quite as outrageous. A journalist who champions the Palestinian cause will always prefer to make it appear as if Palestinians only attack armed security personnel, not defenseless civilians.

Next came the AP’s turn to moral equivalency. In the past year, according to the AP, “Palestinian attackers have killed 36 Israelis” while “228 Palestinians have been killed by Israeli fire.” The AP continued, “Israel says most of the Palestinians killed were attackers while the rest died in clashes with troops.”

Notice the phrase “Israel says,” as if it’s just a claim that can’t be verified. Are the AP reporters in Israel for some reason unable to review the circumstances of each incident to determine the simple truth? Are they afraid that Israel’s “claim” would be proven true.

The AP concluded its report on the stabbing with a thinly veiled attempt to provide justification for the attack: “Israel says the violence is driven by a Palestinian campaign of incitement, while Palestinians say it’s the result of nearly 50 years of Israeli occupation and dwindling hopes for an independent state.”

So once again, the AP presents the “two sides” as if they are equally plausible interpretations of the events. What the AP neglected to mention is that the stabber, 21-year-old Khamad Khadr Ashikh, never lived under “Israeli occupation.” He was born and raised in the village of Beit Surik, and the year he was born, 1995, was the year that Prime Minister Yitzhak Rabin withdrew Israel’s troops from Beit Surik and the other cities where 98 percent of the Palestinians reside.

Ashikh lived his whole life under the rule of the PA. The AP’s suggestion that he stabbed Jews because of the “Israeli occupation” is a lie. And the fact that The New York Times and Washington Post reprinted the AP’s lie doesn’t make it any less of a lie.