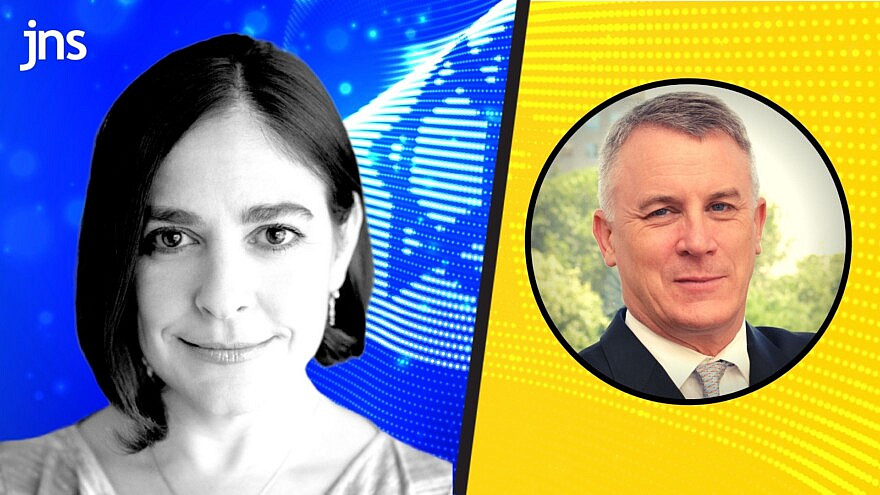 (August 10, 2022 / JNS) Was the IDF’s latest conflict with Palestinian Islamic Jihad part and parcel of Israel’s ongoing “war between wars” against Iran?

And how does this tie into the “ideological war” being waged over who controls the levers of power in America?

To dissect the recent fighting between the Jewish state and terrorists in the Gaza Strip, and what it reveals about the Israel-U.S. relationship, Caroline Glick on this week’s episode of “Mideast News Hour” hosts Michael Doran, a former senior member of the National Security Council under George W. Bush who is now at the Hudson Institute in Washington, D.C.

On the backdrop of the recent military exchange, Doran described the United States as being entrenched in an “ideological war”—with who maintains power over the country hanging in the balance.

“Climate is attractive to Democrats writ large, because if there’s a climate emergency that gives them the right to take control of all aspects of the economy and to do with them whatever they want in the name of mitigating climate disaster,” Doran said.

“They’re working to establish climate commissars in every bureaucracy who will be able to review almost every policy as to whether it’s going to benefit the climate or harm it. It’s just a way of taking control without admitting it,” he added.

According to Glick, even as Israel combats security threats emanating from Gaza, it is also facing internal political turmoil.

“What we’re seeing here in Israel, and in the United States, is that you have these leaders that are completely actually focused on their own power and seizing power, maintaining power, keeping the other guy as far from power as possible,” Glick said.

In Israel’s case, Doran asserted that “Palestinian Islamic Jihad is a wholly owned subsidiary of the Iranians,” and that members of the interim government led by Prime Minister Yair Lapid “can’t define that as the problem” because they need U.S. President Joe Biden to “fight” former premier Benjamin Netanyahu ahead of the November 1 elections.

Added Glick: “First and foremost, regarding Islamic Jihad, you don’t want to talk about the fact that this is an Iranian attack against Israel. When you are trying to maintain your partnership and be loyal to your boss in Washington, when you’ve subordinated your policy of confrontation vis a vis Iran to the American policy of appeasement towards Iran, then you can’t actually confront Iran,” Glick continued.

To learn more about Palestinian Islamic Jihad’s ties to Iran, both of their operations in Israel, and their respective relationships to Hamas, as well as the latest regional developments and political challenges in America, watch this week’s episode.