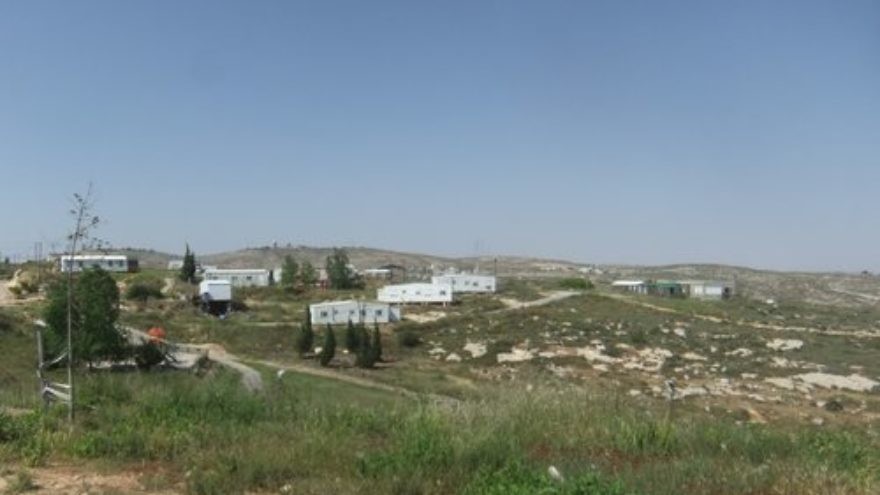 The Jewish left, the United Nations, and the international news media have been telling us for years that illegal settlers in the “occupied territories” are the main obstacles to Middle East peace. So they all should have been rejoicing at this week’s news that a group of settlers were evicted from their home.

What happened was that Israel’s Supreme Court forced a group of settlers who had taken over an apartment in eastern Jerusalem that Israel took control of in 1967 — a place that is deemed “occupied Arab territory” by advocates for the Palestinians — to vacate the premises.

The court actually issued the eviction order back in 2013. But those diehard settlers, no doubt backed by pro-settler money from abroad, managed to exploit the Israeli legal system and drag the proceedings out for more than four years. Finally, this past week, the settlers were compelled to leave the property they had been illegally occupying.

So you would think Peace Now and its allies would be celebrating.

Instead, Peace Now issued a press release calling the eviction of the settlers “a dangerous trend that could threaten a future compromise in Jerusalem.”

Huh?  Aren’t settlers the obstacle to peace? Wouldn’t their expulsion increase the chances for compromise and reconciliation?

No. It turns out the “settlers” were Palestinian Arabs. The rightful owners of the property are Jews. There’s the problem!

The house in question is in a part of eastern Jerusalem, just outside the walls of the Old City that Arabs call “Sheikh Jarrah” and Jews call “Shimon Ha-Tzadik.” The neighborhood includes the burial place of Shimon Ha-Tzadik (Simon the Righteous), one of the rabbinical sages who led the Jewish people for hundreds of years, beginning in the Second Temple period.

When the international news media report on events in the area, they never call it by its Jewish name, or mention the burial site. They don’t want to remind us of the neighborhood’s deep Jewish roots. They want everyone to think that “east Jerusalem” is synonymous with “Palestinian” and “Arab.”

The house has been Jewish property since the forebears of the Hubara family first purchased it in 1876. Despite 72 years of continuous, peaceful residency, the invading Jordanian army brutally expelled the Hubara family in 1948 during Israel’s War of Independence. The Jordanians carried out a thorough ethnic cleansing operation, driving out all the Jewish residents of Shimon Ha-Tzadik and illegally occupying the neighborhood as well as the Old City. Decent people are supposed to be outraged by ethnic cleansing. But when the victims are Jews, the world is silent.

The illegal Jordanian occupation continued for 19 years. During that period, local Arabs began to illegally squat in the homes of the expelled Jews. The United Nations never said a word about that occupation. The New York Times didn’t publish any angry editorials decrying the injustice. The Jewish left was silent.

The reunification of Jerusalem during the Six Day War paved the way to end the illegal occupation of the Hubara home. Shimon and Dalia Hubara filed suit in 2005 to reclaim their house from the illegal settlers. They subsequently sold their property rights to the Israel Land Fund. Since then, the Arabs ceased paying rent to the Jordanian authority that allowed them to stay there. Had they continued paying their rent, Israeli courts would have protected their rights as tenants, even to the detriment of the Jewish owners.

But Peace Now, which is normally so zealous to oust illegal setters, is outraged at the court’s ruling because in this case the owners are members of the incorrect group. They’re Jews. Peace Now and its allies in J Street only oppose “settlers” who are Jewish; Arab settlers are heroes to them. They only support the rule of law when a ruling helps the Palestinian cause; if a court rules against Palestinians, then the court must be denounced.

Of course, they would hypocritically cheer if Palestinian Arabs went to court to claim to property in Jerusalem where they resided before 1948. Never mind that those Arabs voluntarily chose to leave, as part of a war to destroy Israel—in other words, circumstances completely opposite of what happened to the Hubaras and other Jews who were dispossessed by the Jordanians in 1948, not to mention hundreds of thousands of post-1948 Jewish refugees from Arab and Muslim countries.

Ultimately this question boils down to one thing: advocates of the Palestinian cause want to give large parts of Jerusalem to the Palestinian Authority. If advancing that goal requires them to be disingenuous or intellectually inconsistent, then so be it.