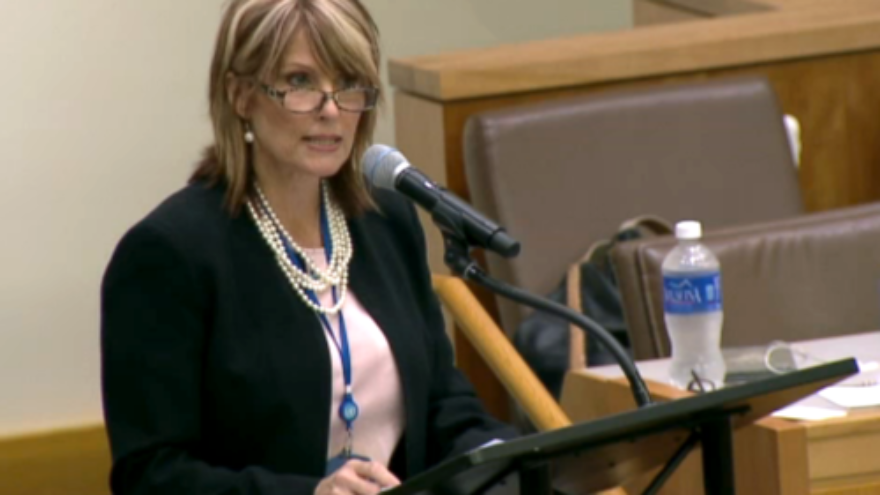 (August 13, 2015 / JNS) The Christian Zionist organization Proclaiming Justice to the Nations (PJTN) convened a special session at the United Nations in New York City on Aug. 11 to help Christians learn more about the impact of genocidal anti-Semitism.

“Our goal for the program was to reach ambassadors of predominately Christian nations and to help them understand anti-Semitism and how to deal with it,” Laurie Cardoza-Moore, president of PJTN, told JNS.org.

PJTN is a non-profit that seeks to educate Christians about the biblical responsibility to stand with their Jewish brethren and Israel. The group was recently behind an effort to get the Tennessee General Assembly to become the first state legislature in the U.S. to formally condemn the Boycott, Divestment and Sanctions (BDS) movement against Israel. Further, PJTN is in the midst of a national campaignto get legislatures in all 50 U.S. states to formally oppose BDS.

According to Cardoza-Moore, anti-Semitism—and by extension, anti-Zionism—is a growing problem within many Christian denominations.

“We have seen anti-Semitism within the mainline churches and have expected that,” she said. “But unfortunately, we have seen a growing movement within the Evangelical world now as well.”

While Evangelical Christians have traditionally been some of the most fervent supporters of Israel, Cardoza-Moore said they are also being strategically targeted by anti-Semitic/anti-Israel advocates with replacement theology, which teaches that the church has replaced Israel in God’s plan and that the Jews are no longer God’s chosen people.

“Hatred based on race, color, or creed must be stopped at all levels. Israel and the Jewish people receive this hatred—all three—in anti-Semitism. The WCICC (World Council of Independent Christian Churches) calls on all churches to stop anti-Semitic action at once, be it in doctrine or practice,” Archbishop John Lupoli—president of WCICC, which represents 44 million congregants worldwide and helped organize the U.N. event—said in a statement.

The U.N. session also had the goal of getting more countries to adopt the U.S. State Department’s definition of anti-Semitism. The State Department uses the so-called “3D test,” which stipulates that actions may generally be identified as anti-Semitic when they demonize Israel, delegitimize Israel, or subject Israel to double standards.

“It has to start with the definition in order to deal with the rise of global genocidal anti-Semitism,” Cardoza-Moore told JNS.org.

Nelly Shiloh, a diplomat working with Israel’s Permanent Mission to the United Nations, affirmed during the session, “Despite the urgency of the threat we are here to discuss, there is still no U.N. resolution condemning anti-Semitism… [or] calling on U.N. member states to fight it. … Let’s join together to declare that we will not give up. We will not be silent. We will not ignore the minor anti-Semitic incidents nor will we ignore grave cases. … We will speak up. We will educate. We will not look away from the suffering of others.”

Cardoza-Moore said it is important to teach Christians to rely on text and scripture “to form our opinions and beliefs on Israel and not what is politically expedient.”

“If you look at the Islamists, they are targeting both the ‘Saturday people’ and ‘Sunday people,’” she said, referring to the Jewish and Christian days of rest. “It is amazing how they are able to connect us together as the people of the book. It is because they see us as one in the same.”

“If we don’t protect our Jewish brethren, they will be coming after the Christians next,” added Cardoza-Moore. “And sure enough, we see Christians being slaughtered all over the Middle East.”