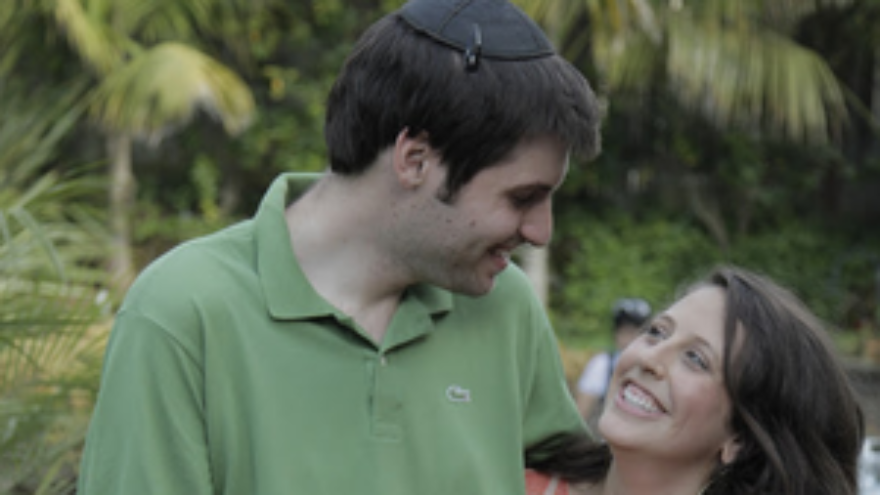 What turns a simple coffee or dinner date night into the evening you find your life partner, or being a bit less ambitious, into a relationship, or even into a second date? I got married on Jan. 20, but not too long ago, I was asking myself just those questions.

For those in their mid-to-late 20s and beyond, first dates can feel repetitive and mind numbing—same food, same conversation, same result. They often feel like a job interview. Previously accustomed to the comfort of “friends first” relationships from high school, summer camp or college, we’re suddenly dating strangers. As my fiancée Megan puts it, we feel “stranger danger.”

Being a single young adult, in my estimation, is even more stressful in the Orthodox Jewish community, where your friends have often already gotten married while you were in college and are now perhaps even having kids—but you’re still having coffee. You feel a few steps behind in life, and self-doubt settles in. “What’s wrong with me? Why can’t I settle down?”

Looking through my cell phone contacts, it seems that I went on dates with around 20 to 25 people before meeting Megan. I have some typical first-date “horror stories” (we all do), but for me, it was more an issue of boredom than trauma.

Worst of all was the dreaded pre-date phone call—even more superficial than the date itself. That was actually by design, as my strategy was to limit the calls to five minutes and not talk about anything too deep, so that I wouldn’t waste any good conversation topics before the date itself. But then, if we get to a second date, what do we talk about? That seemed why I usually never got beyond two dates, either by my choosing or by hers.

To ignite something other than boredom in dating life, many modern Orthodox 20-somethings seek out the thrills of the Manhattan Upper West Side singles “scene” (or the slightly less-hyped Washington Heights scene). Meeting young people organically was a challenge for me when I lived in largely suburban New Jersey for two-and-a-half years after college, except on a few occasions I ventured out to the “scene” for Shabbat. Here’s a taste of Simchat Torah on the Upper West Side, from a singles column I wrote for The Jewish State newspaper in 2009:

“At Yom Tov meals, not-so-intimate gatherings of about 20-somethings filled apartments for buffet-style lunches and dinners, with chairs arranged in amoeba-like formations rather than around circular or square tables. Not knowing many people beside some high school and college friends I hadn’t kept in touch with, I found myself asking the typical questions: ‘Do you live around here, or are you visiting?’; ‘What do you do for a living?’; ‘Where did you go to college?’; ‘So, who do you know at this meal?’ I would’ve saved some trouble by preparing index cards with the appropriate answers, to hand out to people who asked me the same things.”

Sounds like a larger, more intimidating version of a superficial first date, doesn’t it?

As a Brooklyn native, I was also part of some old-school matchmaking. Usually, it would be fairly simple:

1. My mother tells me about a single girl in the community she discovered from one of her friends.

3. My mother gets her friend to ask the girl to approve me.

4. I pick up the phone for the pre-date call.

There were also more sophisticated matchmaking tactics, one of which I dubbed “shidduch listings” (shidduch is the Hebrew/Yiddish term for the Orthodox matchmaking system).

In January 2010, I entered the “L’Chaim Shidduch Booklet.” This was an annual pamphlet of Microsoft Excel spreadsheets, containing lists of eligible Orthodox males and females in age order. To be part of the listings, you can submit your personal information at www.lchaimshidduchclub.com. Outside of the online submission system, local mothers also conduct actual “shidduch meetings”—group discussions on single people in the community—after which similar Excel sheets are compiled.

Besides the listings, I even had a “shidduch résumé”—typed up in the same format as a professional résumé, with references.

These old-school tactics didn’t work for me, as most of the other singles using them were not as “modern” Orthodox as I am. So, after several years of resistance, I finally agreed to go the online dating route, which I had shunned before because I thought it would be even more impersonal than the coffee shop circuit. But my mother the matchmaker became a volunteer for SawYouAtSinai.com (SYAS)—a dating site mainly for the Orthodox community in which you are set up by virtual matchmakers, rather than browsing other daters’ profiles yourself.

Lo and behold, my first date through SYAS—set up by my mother herself—was with Megan, my wife-to-be. Our first date was mundane, like many I had previously been on, but the second time was the charm. When I arrived home from the date, I had finally answered that burning question: “What turns a simple cup of coffee, or a dinner, into the night you find your life partner?”

At one point during that second date, I simply committed to breaking the mold that had haunted me for years, and engaged in serious conversation—revealing myself, rather than going through those typical “interview” questions. It helped, of course, that Megan came with me on that journey and initiated much of the deep conversation herself. We even talked about spirituality, which was unheard of for me on an early date.

About seven months after that date, we were engaged. I suppose the old cliché is actually true: “When you know, you know.”

Now that I’ve “graduated” from the Jewish single life, I’d encourage singles to be fully aware that the dating process can be arduous, but at the same time to embrace that process. To use another cliché, there’s “light at the end of the tunnel,” and the darkness of the tunnel itself builds within you the character to get out.