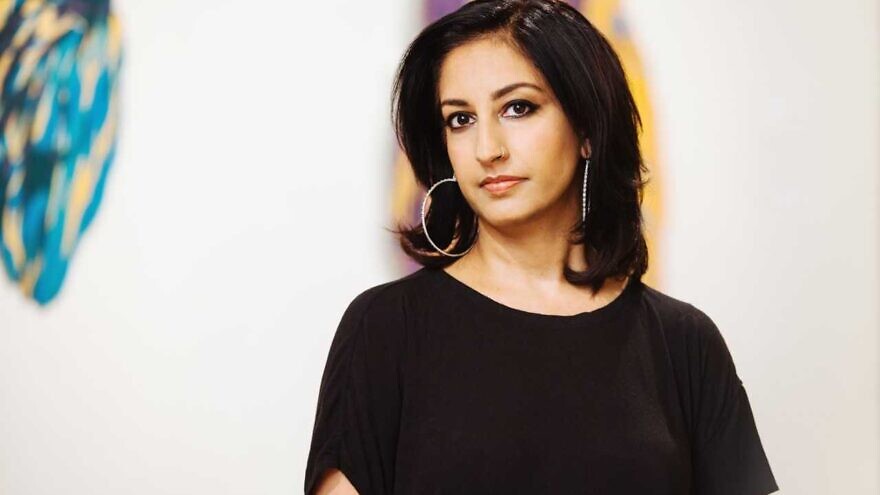 (October 15, 2020 / JNS) A Jewish group is speaking out about the upcoming appearance of a Rutgers University professor who has been criticized for her anti-Semitic and anti-Israel writings, and who is set to serve as a keynote speaker this weekend at the New York State Communication Association’s 78th annual convention.

The American Jewish Committee sent a letter to the group in late August expressing concern about speaker Jasbir Puar, a professor in the Department of Women’s, Gender and Sexuality Studies at the state university in New Jersey. In its letter, AJC said that Puar has “sought to lend academic legitimacy to a modern-day blood libel that the bodies of young Palestinians are being mined for organs for scientific research by Israel … ,” and that she advocates for “armed resistance to Israelis.”

“Such sentiments cross the line between legitimate criticism to incendiary demonization of the Jewish state. Simply put, there are no values advanced by giving her a forum to express her hateful and false views,” the AJC wrote in its letter.

They added that the topic of Puar’s Oct. 17 address—“Spatial Debilities: Slow Life and Carceral Capitalism in Palestine”—has little, if anything, to do with the association’s work.

“The NYSCA conference focuses on how individuals communicate personally and professionally, and the future of communication,” said AJC’s Long Island regional director Eric Post, one of the signatories to the letter. “Demonizing Israel because of alleged mistreatment of the Palestinians has nothing to do with this theme and takes away from the content of the conference.”

According to Post, a member of the NYSCA who is concerned about the speaker and her topic initially brought the matter to their attention.

Post did give the organization credit for informing its members about AJC’s concerns, but said this is part of a pattern of giving speakers a forum to demean the Jewish state at conferences not related to the Middle East peace process and the Israel-Palestinian conflict.

“There’s this obsession with Israel; other countries are not being dissected and held to such a high standard,” said Post. “It is concerning because here we see Israel is being singled out and put on agenda it has nothing to do with.”

Asaf Romirowsky, executive director of Scholars for Peace in the Middle East, agrees. Calling Puar a “poster child” for the BDS movement against Israel, he said that “the fact that one would give [her] a forum to my mind is concerning and problematic on many levels.”

Given what she writes about and advocates for, he continued, “I’m sure it [the Israeli-Palestinian dynamic] will come up. That’s really concerning and speaks to how propaganda has hijacked any remnants of scholarship. I’d be concerned about the kind of messaging they are trying to put out there,” he said.

Opportunity to speak out after the program

In a statement, the organization noted that “Professor Puar is a well-respected scholar at one of the oldest and well-regarded women’s and gender studies programs in the nation, whose work is not only cross-disciplinary, but foregrounds communication scholars in both critical and queer scholarship … .”

In an interview with JNS, Ari Kissiloff, NYSCA’s president and an assistant professor at Ithaca College, said he first became aware of the AJC letter in mid-September and sent a PDF of it onto the association’s members for feedback. “At that time, the board did consider the letter and request, but ultimately decided to issue the statement instead.”

He also explained that decisions about the conference are made by NYSCA’s vice president, who serves as the primary conference planner. This year that planner was Noura Ahmad Hajjaj, a professor at the State University of New York, New Paltz.

Those who have concerns with the program will have the chance to make their voices heard afterwards. Whether anyone in the association speaks out is another question.

“The difficulty here is people’s professional careers are being thrown into the mix and [if] you find this speech offensive, you are put into a position to make a decision about an issue that could potentially affect your career and standing in the community, which is unfair,” said Post.

While they didn’t manage to get the speaker changed, Post said it’s still important to raise the issue and let associations know they are not “off the hook to bring in whoever they want. It’s co-opting a message that has no place at the conference.”