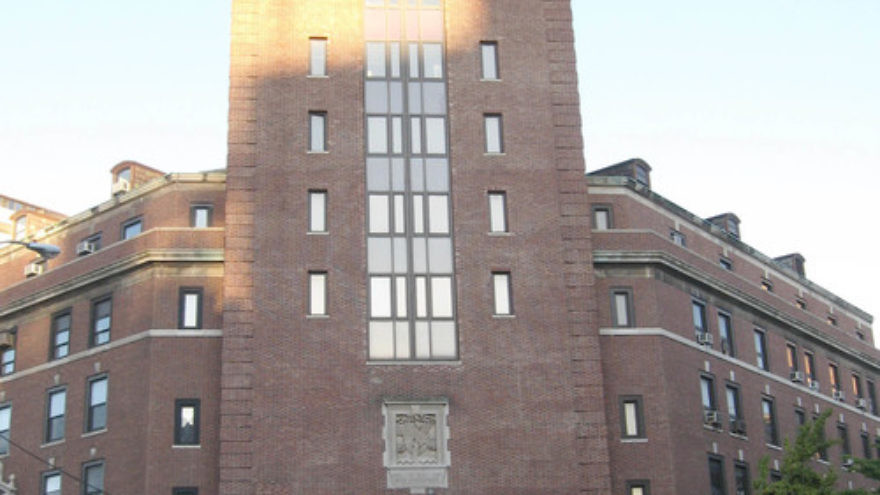 Responding to a dramatic decline in membership, the Conservative Jewish movement’s congregational arm has hired the Good Omen PR agency to survey hundreds of its members and “develop a new ‘position statement’ for The United Synagogue of Conservative Judaism (USCJ).” Explaining their need, USCJ CEO Rabbi Steven Wernick described “a level of uncertainty about precisely where the ‘brand’ of Conservative Judaism sits in our members’ lives.” The problem, however, is far more essential than branding.

According to the Pew Research Center’s survey of American Jews in 2013, the once-dominant Conservative movement has lost one-third of its members in the past 25 years. It now comprises merely 18 percent of American Jews—and only 11 percent of those under 30. The Avi Chai Foundation’s Day School Census determined that enrollment in the movement’s Solomon Schechter schools plummeted 44 percent in the past 15 years. Wernick responds to these daunting numbers by saying, “We need to stop shraying our kups about everything that is bad, and get to work.” But will they do what must be done?

The movement has traveled this road before. Less than 30 years ago, there were early indications that the movement was past its heyday. At that time, the Jewish Theological Seminary (JTS), Rabbinical Assembly, and USCJ formed a joint commission to create a statement of principles for the future of the Conservative movement—a document called “Emet Ve’Emunah.”

It was hardly the success they touted it to be; the commission was unable even to agree upon Who or what it worships. Instead, it validated divergent perceptions of G-d ranging from a Supreme Being found in the Bible and a vague “god” who is “not a being to whom we can point,” but simply a force “present when we look for meaning.” The movement discarded previous standards and offered no guidelines—it simply endorsed the disparate views of its members.

Immediately prior to the establishment of JTS in 1886, Rabbi J.D. Eisenstein, who was Orthodox, wrote that “both the Conservatives and the radicals are moving in the same direction. The only difference between them is time.” Throughout its history, the Conservative movement has attempted to span the chasm between the commitment to tradition of Orthodoxy and the open pursuit of American liberalism found in Reform—and has proven Eisentein’s words prophetic. As the Reform movement moved inexorably further from the moorings of Jewish tradition, the Conservative “middle” followed it further out to sea.

Consider how Conservative Judaism has progressed from mixed pews to the present day. It now endorses same-sex marriage, and although it continues to prohibit intermarriage, it dropped its ban on inter-dating by United Synagogue Youth leaders just last year. If formal acceptance of intermarriage is subject to “rebranding,” is the conclusion in doubt? By following a poll of members, the PR-driven “brand” of 2016 will be still more nebulous than the “principles” of 1988. This may improve short-term retention, but will only hasten the movement’s decline.

This tragedy hits home. Just over a year ago, Daniel Gordis, grandson of the chairman of the commission that wrote Emet Ve’Emunah, authored “Conservative Judaism: A Requiem.” He wrote poignantly of the implosion of the Conservative movement, which he termed the direct consequence of “abandoning a commitment to Jewish substance.” In order to stand for something, a religious movement cannot rely upon “interviewing hundreds of [members]” to determine its standards. On the contrary, it must make demands.

In my youth, I (Yaakov Menken) was inspired by Solomon Schechter students who knew how to read Hebrew prayers. But in college I quickly realized that in order to find people who took Judaism seriously, you prayed with the Orthodox. And then I visited Jerusalem. The rest, as they say, is history.

Fifty years ago, much of American Jewry believed that the Orthodox were a dying vestige. Rather than accommodating its members, Orthodoxy did the opposite—expecting full-day Jewish education for every boy and girl. Every PR firm would have derided this as ridiculous. In just the past 20 years, however, enrollment in traditional Orthodox day schools has more than doubled.

The Conservative movement could still choose Jewish substance. At its founding, the movement unabashedly professed belief in the deity who gave our Torah, hired some of the greatest Talmudic scholars to teach at JTS, and expected a baseline of true halachic observance from every Jew. Effort spent upon branding could be far better spent upon increasing the educational opportunities for its members, especially the declining numbers of young adults, to help them meet this standard.

Yes, returning to such high expectations will undoubtedly inspire the Jewishly uninspired to leave—but this has happened repeatedly throughout our history. Only those who retained “Jewish substance” retained Jewish grandchildren.

It would be tragic, indeed, if the movement were to try to hide its decline behind a marketing blitz, rather than refocusing upon the core tenets that have made Judaism relevant for thousands of years.

Rabbi Yaakov Menken is the director of Project Genesis – Torah.org, and the co-editor of Cross-Currents.com, an Orthodox online journal. Rabbi Pesach Lerner is the executive vice president emeritus of the National Council of Young Israel.