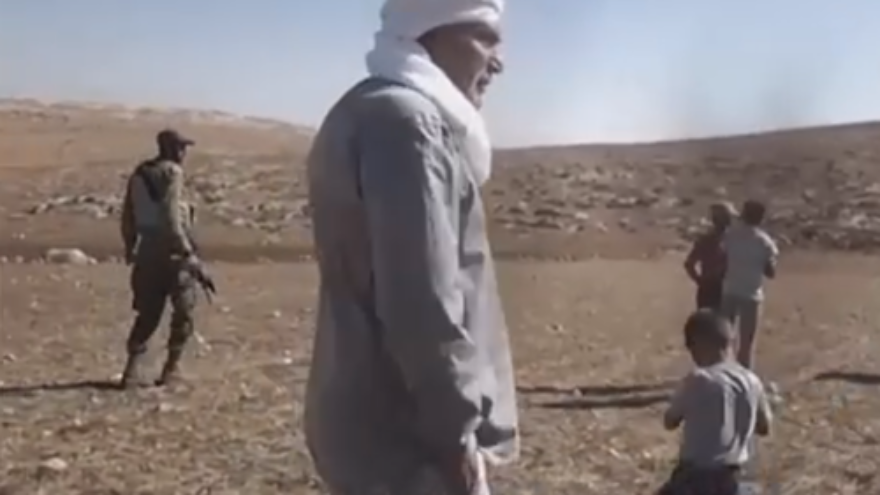 Human rights organizations, or NGOs (non-governmental organizations), would have the public believe they are objective do-gooders, interested in no more than helping those in need. According to this fanciful narrative, the human rights activist wields moral authority and is uninterested in petty politics and power. On Jan. 7, it took Israel’s Channel 2 only 40 minutes to shatter this fairy tale.

Israel’s most-watched television station broadcast hidden camera footage of two “human rights activists” betraying the very values they claim to champion. Ezra Nawi of Ta’ayush and Nasser Nawaja of B’Tselem were filmed talking about handing over Palestinians to the Palestinian Authority (PA) security forces for the supposed crime of selling land to Jews. Nawi is seen boasting about his role in these efforts, clearly stating that the PA tortures and kills those suspected of violating this dubious Palestinian law.

A reasonable observer might have expected that the two organizations would express shock at this heinous violation of human rights and try to distance themselves from their employees’ deeds. Instead, Israelis have witnessed complete denial, mixed with outrage that Channel 2 would have the audacity to impinge upon their good name.

In their official responses at the end of the program, Nawi and his colleagues rejected any measure of responsibility, blaming the events on a conspiracy against him. Similarly, following the broadcast, B’Tselem issued a statement that justified reporting an alleged land broker to the PA, presumably for torture and execution, as “the only legitimate course of action for Palestinians.”

This is not the first time B’Tselem has failed the test of an employee’s anti-human rights rhetoric. In 2014, B’Tselem researcher Atef Abu Roub was caught on camera denying that the Nazis committed genocide against the Jews. In that case, B’Tselem went into damage-control mode and initially denied the clear evidence from the video. Later, B’Tselem was forced to backtrack and issue a condemnation of Abu Roub’s statement.

B’Tselem is not unique in trying to excuse the anti-human rights records of their activists.

Amnesty International’s relationship with former Guantanamo Bay detainee Moazzam Begg reflects many of these same moral failings. Despite Begg’s incarceration at Guantanamo as a “confirmed member of Al-Qaeda,” his 2014 arrest on “suspicion of attending a terrorist training camp and facilitating terrorism overseas,” his praise of the Taliban’s “social justice and upholding pure, old Islamic values forgotten in many Islamic countries,” and his adoration of Osama bin Laden, Amnesty continued to partner with him and the prisoner’s rights group he represented, CAGE.

In 2010, Gita Sahgal, the head of Amnesty’s Gender Unit, protested her organization’s cozy relationship with Begg. Yet instead of responding based on universal moral principles, Amnesty sought instead to defend its reputation and institutional power, and Sahgal was suspended for blowing the whistle. Interim Secretary General Claudio Cordone absolved himself and his organization of any wrongdoing, remarking that “jihad in self-defense” is not “antithetical to human rights.”

Amnesty’s employees have also been shown to harbor strong biases. Kristyan Benedict, employed at Amnesty-UK, has tweeted antisemitic comments at British MPs, retweeted from Hamas’s Twitter feed, and compared Israel to Islamic State. Other Amnesty employees have gone so far as to act as human shields for Palestinian terrorists, and to use their Facebook page to honor members of terrorist organizations. Amnesty’s responses have often been laconic or insincere, skirting its responsibility while clinging to the pristine mirage of its own perfection.

Likewise, Human Rights Watch has repeatedly failed when faced with scandals. Marc Garlasco, formerly a “senior military expert” for this NGO superpower and contributor to the NGO’s reports on Israeli military operations, is an obsessive collector of Nazi memorabilia. In 2009, Human Rights Watch traveled to Saudi Arabia, and used its anti-Israel bias and the specter of “pro-Israel pressure groups” to solicit funds from “prominent members of Saudi society.” Around this time, Sarah Leah Whitson, director of the Middle East and North Africa Division, visited Libya and praised Muammar Qaddafi’s son, Seif Islam, as a leading reformer and for creating an “expanded space for discussion and debate.”

Contrary to the “halo” surrounding groups like B’Tselem, Amnesty, and Human Rights Watch, human rights NGOs are not infallible, moral actors. Like other powerful entities, they are concerned with reputation management, damage control, spin, and preserving their political power and funding.

Unfortunately, at the same time, this adamant refusal to respond morally to the anti-human rights elements in their midst harms the important values these NGOs should be upholding.

Yona Schiffmiller is a senior researcher at NGO Monitor, a Jerusalem-based research institute.