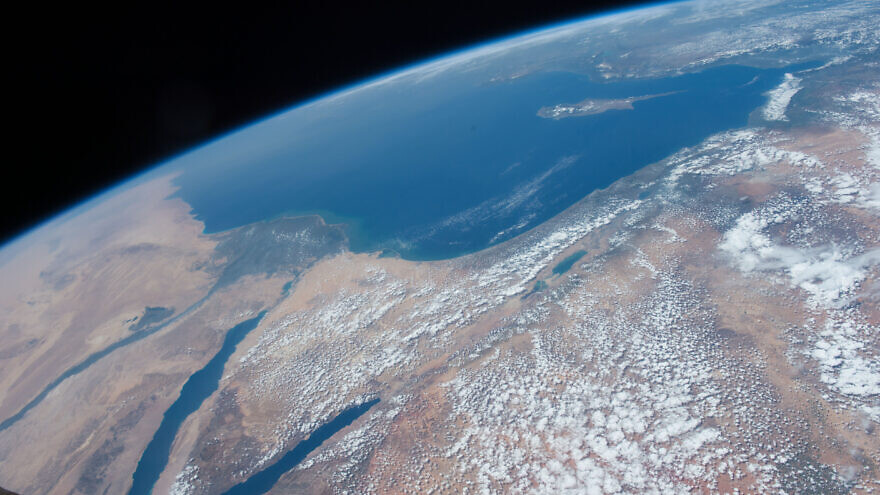 The Middle East as seen from 250 miles above in this photo from the International Space Station. Countries, from left, along the Mediterranean coast include Egypt, Gaza, Saudi Arabia, Israel, Lebanon, Syria and Turkey. The major waterways shown from left to right are the Nile River, Gulf of Suez, Gulf of Aqaba and the Red Sea, April 4, 2016. Credit: NASA on Flickr via Wikimedia Commons.
Republish this article
665 WORDS
Spread the word.
Help JNS grow!
Share now:

(August 13, 2021 / JNS) A research initiative led by the University of Haifa and partners in the Eastern Mediterranean Sea recently revealed deep-sea brine pools and related habitat hotspots, including hundreds of deep-water sharks and the largest concentration of deep-sea shark eggs ever found. These represent one of the most significant discoveries of marine habitats in Israel’s history, with potentially important implications for the world’s understanding of climate change.

In an expedition off Israel’s coast that is part of a long-term collaboration among University of Haifa’s Leon H. Charney School of Marine Sciences, the Israel Oceanographic and Limnological Research, Ben-Gurion University of the Negev and the Inter-University Institute of Marine Research, researchers uncovered a biologically diverse paradise, including a rich food web-based on methane, as well as the sharks and the shark nursery.

Notably, as one of the planet’s most sensitive areas when it comes to climate change, the Eastern Mediterranean lends substantial insight into conditions that other regions may experience in the future.

“From a global marine research perspective, this discovery can have enormous implications,” said the Charney School’s Yizhaq Makovsky, one of the initiative’s leading researchers. “The Eastern Mediterranean Sea can be regarded as an early-warning system for what we can expect from marine environments across the world. Therefore, we believe that our discovery of a previously unknown deep-sea hotspot of life could provide crucial information for the sustainability and resilience of the marine ecosystem not only in the Eastern Mediterranean but also globally in other oceans.” 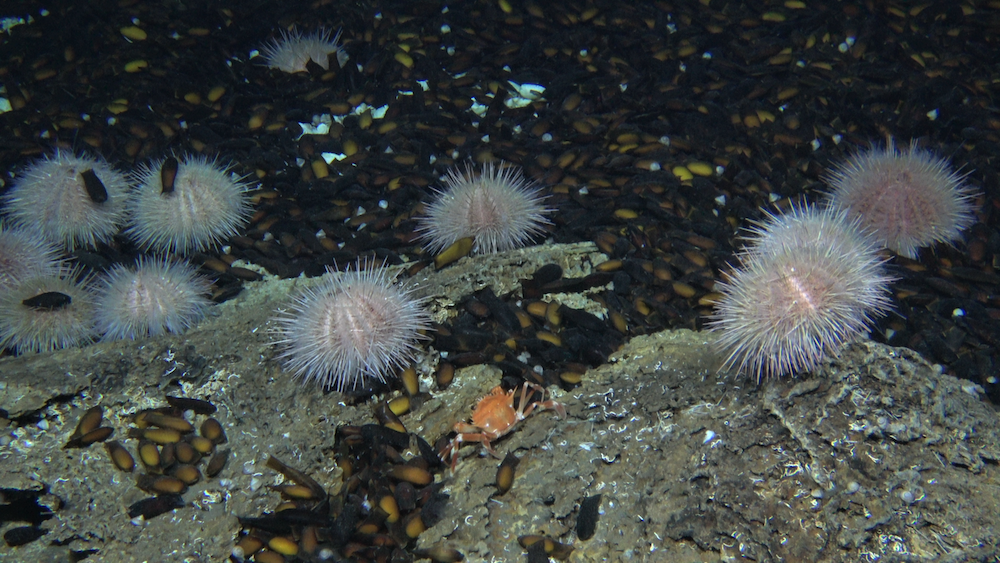 A recent expedition off Israel’s coast found hundreds of small sharks and thousands of shark eggs. Credit: The University of Haifa, Israel Oceanographic and Limnological Research, Ben-Gurion University of the Negev and Interuniversity Institute for Marine Sciences in Eilat joint project.

The deep-sea research initiative is aligned with the University of Haifa’s academic vision towards achieving the U.N. Sustainable Development Goals, specifically focusing on SDG14: “Life Below Water,” which is aimed at saving the ocean and its biodiversity, and increasing marine-protected areas.

“The deep sea is the Earth’s climatic capacitor, mitigating short-term changes,” said Makovsky. “Once the impact of surface synoptic changes migrates to the deep sea, the entire climate of the Earth changes. The Eastern Mediterranean Sea experienced multiple climatic and anthropogenic changes at different time scales. Investigating the geological and environmental records concealed in this hotspot will provide a high-resolution record of the impact of changes on the deep sea, which is essential for understanding local and global climatic changes.”

“This is a shocking revelation to those who are familiar with the Eastern Mediterranean, which was thought of as an ocean desert,” he explained.

Yet the shark nursery, the expedition revealed, had existed for a long period of time before it was exposed. In fact, the hotspot could be the region’s largest mating location for these deep-sea sharks.

“This was happening under our noses for thousands of years, right next to Tel Aviv—one of the largest cities in Israel,” said Makovsky. “It was hiding in plain sight, which highlights how little we know about the deep sea—not just off the coast of Israel, but around the world. This is a global challenge.” 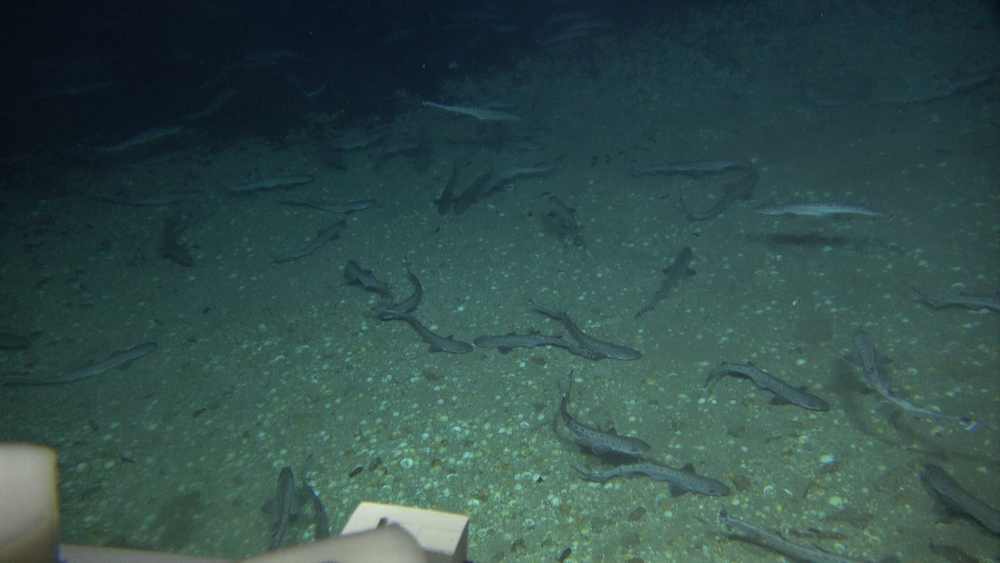 A recent expedition off Israel’s coast found hundreds of small sharks and thousands of shark eggs. Credit: The University of Haifa, Israel Oceanographic and Limnological Research, Ben-Gurion University of the Negev and Interuniversity Institute for Marine Sciences in Eilat joint project.

‘Closes the loop on a decade of exploration’

The discovery, which harnessed modern and innovative technological capabilities developed at the Charney School over the course of a decade, was made after years of geo-mapping work beneath the ocean’s surface.

The study that led to the discovery was originally set into motion when Bob Ballard—an American retired Navy officer and a professor of oceanography at the University of Rhode Island who is most noted for his work in underwater archaeology, maritime archaeology and archaeology of shipwrecks—visited his long-term partner, Professor Zvi Ben-Avraham, in Israel.

Ben-Avraham and Ballard helped promote deep-sea research in the southeastern Mediterranean, which previously was barely existent.

“This discovery closes the loop on a decade of exploration,” said Makovsky. “When I first met Dr. Ballard only a decade ago, I became hooked on the deep sea. In Israel, we did not know much about deep-sea exploration back then. Since then, the University of Haifa’s Charney School transformed into the state-of-the-art center for deep-sea research that it is today.”