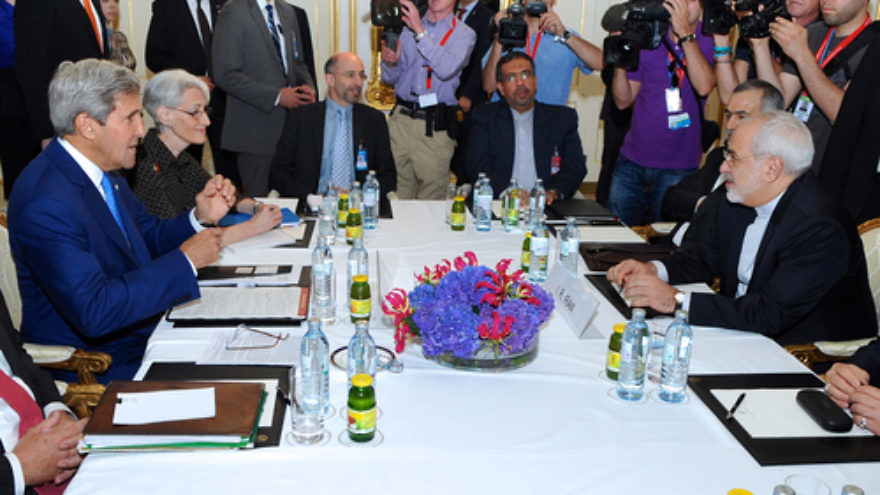 The U.S. State Department’s admission that it altered an embarrassing video exchange about its nuclear negotiations with Iran is disturbing—but it’s not the first time that the Obama administration, or some of its predecessors, have tampered with words that it deemed politically inconvenient.

State Department spokesman John Kirby confessed this week that part of a 2013 video recording in its archive had been deliberately removed. In that portion of the video, then-State Department spokeswoman Jen Psaki confirmed to a reporter that the department had sometimes lied to the press in order to hide information about its dealings with Iran. For the past three weeks, the State Department had claimed the deletion of Pskai’s statement had been caused by a technical “glitch.” Kirby, however, in admitting this week that the deletion was deliberate, claimed that the person involved “could not remember” which government official had ordered him to delete it.

The claim of a faulty memory was reminiscent of a May 2014 exchange between the Obama administration’s former National Security Council spokesman Tommy Vietor and Bret Baier of Fox News. The subject was the talking points that were prepared for then-ambassador to the United Nations Susan Rice when she appeared on talk shows following the Benghazi attacks. The original draft of the talking points called the violence “attacks,” but someone changed it to “demonstrations” before the document was given to Rice. When Vietor was asked by Baier if he was the one who changed it, Baeir said, “I don’t remember.” When Baier pressed him, Vietor replied, “Dude, this was like two years ago.”

Another apparently politically inspired editing took place just two months ago, but it has not received much attention. During a meeting with President Barack Obama at the White House on March 31, French president Francois Hollande used the term “Islamist terrorism” when referring to the recent Islamic State terrorist attacks in Europe. Consistent with the administration’s opposition to that term, somebody at the White House apparently decided to retroactively revise Hollande’s language: The official White House video of the Obama-Hollande meeting contained a momentary gap in the audio at the point when Hollande uttered his politically inconvenient words.

After a watchdog group called the Media Research Center called reporters’ attention to the deletion, the Obama administration backtracked. A White House official claimed there had been a “technical issue” that “led to a brief drop in the audio.” He could not explain how it was that the alleged technical problem occurred at the precise moment that the words “Islamist terror” were spoken, or how the glitch managed to correct itself in time for Hollande’s next words.

The late Palestinian leader Yasser Arafat was another beneficiary of political editing. It happened in September 1995, when Arafat traveled to Washington, DC, to meet with president Bill Clinton. The Israeli government had just agreed to withdraw from significant portions of the disputed territories, and many Israelis were nervous about the possibility that the concessions could lead to a Palestinian state.

When Arafat arrived at the White House, reporters asked him if he expected the latest developments would lead to a Palestinian state. According to Reuters, “Arafat was quite emphatic…Reporters clearly heard Arafat say ‘definitely’…A tape recording of the exchange shows that Arafat said ‘definitely’ twice.” The official White House transcript, however, omitted Arafat’s “definitely” reply. The gap in the transcript “raises the possibility that some diplomatic editing had taken place,” Reuters noted at the time.

In another instance, it was a president himself who benefitted from the State Department’s protective editing. At the 1945 Yalta conference, president Franklin D. Roosevelt mentioned to Joseph Stalin that he would soon be seeing Saudi Arabian leader Ibn Saud. The Soviet leader asked FDR if he intended to make any concessions to the king. Roosevelt replied—according to the official American note-taker—“that there was only one concession he thought he might offer and that was to give him the 6 million Jews in the United States.”

But when the Yalta transcripts were published by the State Department in 1955, Roosevelt’s remark about the Jews was replaced by a line of asterisks. Eventually, in 2011, a State Department researcher revealed that then-assistant secretary of state Walter Bedell Smith had instructed the typesetter, “Delete this—it is not pertinent history.” Translation: Smith, who worked closely with the FDR’s inner circle and frequently briefed Roosevelt during World War II, likely wanted to protect the president’s reputation by hiding his unpleasant “joke” about Jews.

What all of these incidents have in common is a certain arrogance—an attitude by some government officials that they have a right to alter the historical record in order to advance some political goal. One can only hope that the latest exposes will make other government officials think twice before engaging in such troubling behavior in the future.

Dr. Rafael Medoff is founding director of The David S. Wyman Institute for Holocaust Studies and author of 16 books about Jewish history.