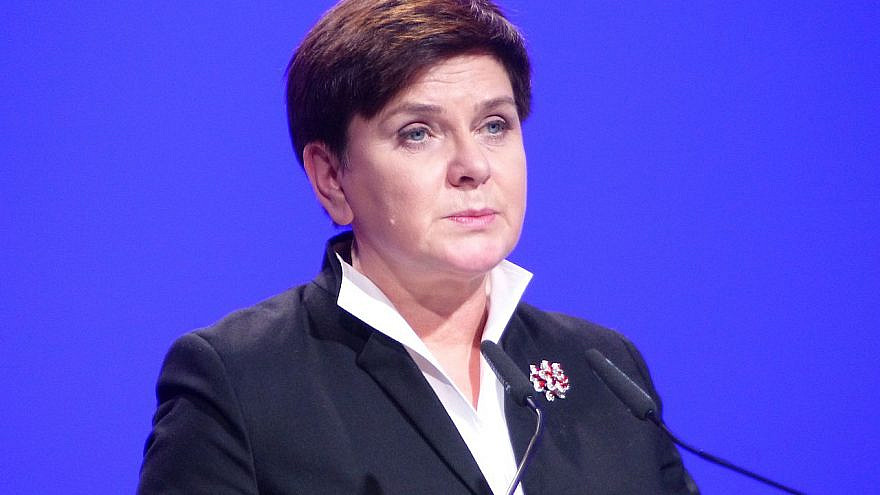 (May 4, 2021 / JNS) Relatives of former Auschwitz concentration-camp prisoners stand against the appointment of a Polish politician to an advisory council for the state-run Auschwitz-Birkenau Memorial and Museum in Poland.

Former Polish Prime Minister Beata Szydlo, who is now a member of the European Parliament for Poland’s ruling right-wing Law and Justice Party, was appointed in April to a nine-member council of experts that advise the director of the Auschwitz-Birkenau museum. In response to her appointment, three members of the advisory council recently resigned, followed by a fourth resignation reported this week, according to The Associated Press.

On Friday, the Polish-language news website Onet published a letter written by children and grandchildren of former Auschwitz prisoners addressed to Poland’s Prime Minister Mateusz Morawiecki. They cited concerns with Szydlo and her political party, including their opposition to accepting refugees, and called on Morawiecki to “immediately intervene” regarding Szydlo’s new role with the museum.

“We remember statements that excluded refugees, the undermining of achievements of Holocaust researchers, the toleration of openly fascist organizations, and finally, denying European Union alliances,” they wrote to Morawiecki. “We do not agree to this.”

An Auschwitz survivor also signed the letter, as well as the son and two granddaughters of Capt. Witold Pilecki, a hero of the Polish resistance.

Polish Culture Minister Piotr Glinski, who appointed Szydlo to the council for a four-year term, has said that having the former prime minister was an honor for the museum. He noted that resignations by other council members threatened to “politicize the discussion around the most important museum of martyrdom in Poland, a place of world heritage.”