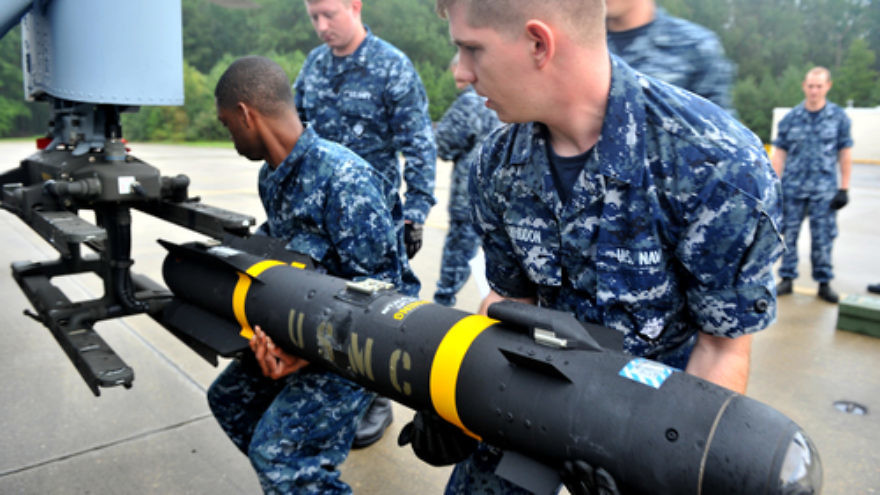 The Obama administration was forced to go on the defensive last week regarding accusations published in The Wall Street Journalthat White House and State Department officials were unaware of the Pentagon practice of transferring missiles to Israel. The newspaper further reported that Hellfire-missile transfers to Israel have been held back for further review.

The article strongly implied that President Barack Obama’s relationship with Israeli Prime Minister Benjamin Netanyahu was at an all-time low as a result of perceptions among U.S. officials that Israel is not doing enough to end its conflict with Hamas in Gaza, culminating in what the WSJ characterized as a “combative” phone call between the Obama and Netanyahu on Aug. 13.

As this news has spread, some pro-Israel observers say they feel betrayed by what they regard as the administration breaking its promise not to allow political and diplomatic disagreements to interfere with U.S.-Israel security cooperation.

“We’re not holding anything,” said U.S. State Department deputy spokeswoman Marie Harf in Monday’s press briefing. “A hold indicates, technically, that you are not moving forward on making a decision about a transfer. So when we talked about this in other places, if there’s a hold on a request, that means it’s not moving forward. These requests are still moving forward; there’s just additional steps in the process now, and there’s been no policy decision made to not move forward with them. Again, they’re just going to take a little while longer.”

“We’ve seen in other situations, like Egypt, where the process stops. That’s not the case here,” she added.

As Harf mentioned, usually the U.S. and Israel enjoy a military-to-military relationship that allows for direct weapons transfers between the Pentagon and the Israel Defense Forces.

According to Harf, there has been no change in military cooperation, other than the additional oversight of America’s weapons sales to Israel resulting from the ongoing conflict between Israel and Hamas.

“We, as an administration… are taking additional care to look at arms as we’re providing them to the Israelis,” said Harf. “Obviously, we have continued to move forward. There’s been absolutely no change in policy in terms of the fact that we want to provide these [missiles].”

But despite Harf’s defense, the timing of the delay—coming on the heels of the administration’s public admonishment to Israel to take “more care to protect civilian casualties”—has caused some observers of the U.S.-Israel relationship to characterize it as more fragile than either government is letting on.

“I don’t think we know the facts about this incident, but it occurs against a background of considerable tension between the Obama administration and the government of Israel,” Ambassador Elliott Abrams, who served as a top national security adviser to President George W. Bush, told JNS.org. “Unfortunately, it seems that tension is growing and will not abate while the Obama team is in power.”

“This was very obviously retaliation,” said a senior official at a pro-Israel organization in Washington, D.C., on condition of anonymity. “They’re pissed off about the diplomatic spat over [Secretary of State] John Kerry’s failed cease-fire initiative, which dragged in Qatar and Turkey and extended the Gaza conflict. And so they’ve gone ahead and they have put these missiles under review.”

“It’s a reversal of the president’s promise that security issues and the military-to-military relationship will be separated from the diplomatic relationship,” the official added. “The claim that [the administration] is making, that this is the normal thing that happens when countries request arms in the middle of a conflict, is simply false.”

Obama himself has weighed in on separating diplomatic disagreements with military cooperation relating to Israel.

“Even while we may at times disagree, as friends sometimes will,” Obama said during his remarks to the American Israel Public Affairs Committee’s policy conference in 2011, “the bonds between the United States and Israel are unbreakable and the commitment of the United States to the security of Israel is ironclad.”

“A lot of people are blowing [the Hellfire issue] out of proportion in my opinion,” said Marvin Klemow, former vice president of Israel Aerospace Industries in its Washington, D.C., office. “So there’s an extra review. OK. The question is: Are they going to be delivered or not going to be delivered, and when?

“I think it’s an attempt to stir the teapot,” Klemow told JNS.org. “I think the Hellfires will eventually be delivered [to Israel]. It’s not the first time it’s happened and it won’t be the last, but in the end I believe the United States government will supply the missiles to Israel.”