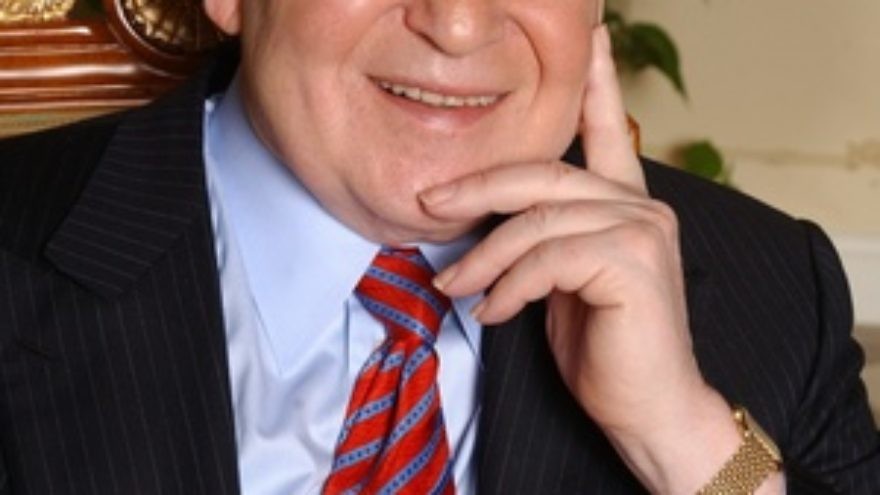 “Americans who support Israel should take the president at his word,” wrote Haim Saban recently in the New York Times, claiming President Barack Obama is fully committed to the Jewish state.

But is that true? Should we take him at his word?

No, not when Israel confronts the threat of nuclear annihilation by Iran.

Time and again President Obama has signaled a lack of sympathy—or even outright hostility—toward Israel. Not long ago he was caught on an open microphone agreeing with French President Sarkozy’s slurring of the Israeli prime minister. And then there was his public snubbing of the Israeli leader’s request to discuss Iran during a recent U.S. visit, a measure Reuters termed “a highly unusual rebuff to a close ally.”

Even more worrying, last month former U.S. State Department spokesman P.J. Crowley, who attended several of Obama’s meetings with Netanyahu, admitted “there are serious differences between our interests and Israel’s own security interests.”

All this certainly raises questions about Obama’s sincerity when he publicly says he’ll “always have Israel’s back.”

Remember, earlier this year, when he was inadvertently recorded asking former Russian President Dmitry Medvedev for “space” until his reelection, when he’d have more “flexibility” on missile defense? What did he mean? Obama was clearly not being forthright with the American people.

What else hasn’t he told us?

Think about Obama’s anti-Israel friends and mentors—radicals like Rashid Khalidi, Frank Marshall Davis, Jeremiah Wright, or the late Edward Said, the virulently anti-Israel professor under whom Obama studied. Has he made anti-Israel promises to them? Is Obama’s campaign rhetoric in support of Israel only creating “space” till after the election?

These questions cause genuine worry in Israel.

Even some liberals now complain the president has lost so much Israeli trust that, in the words of Jeffrey Goldberg of The Atlantic, “there is almost no chance of progress [for peace] if Obama wins re-election.”

Given that Obama’s public expressions are not something Israelis can rely upon, we need to take seriously the question: What are his second term plans when he no longer needs the Jewish vote?

Obama’s supporters tell us there’s nothing to worry about. He can be trusted, they say, because of his record of military aid to Israel and his support for sanctions against Iran.

But the aid was committed in programs that began decades before his presidency under previous administrations. He cannot rightly take credit for this aid in the sense of initiating it, just as he cannot take credit for merely signing pro-Israel legislation that had bipartisan congressional support.

Moreover, Obama’s campaign never mentions that in the past few years his budgets have proposed significant cuts in US-Israel missile defense funds—from $121.7mil to $99.8mil, a substantial slash. And just ask Egypt’s Hosni Mubarak or Poland’s Lech Walesa about Obama’s reliability because of past military aid.

Even worse, the Iranian sanctions contain loopholes that, in the words of the Wall Street Journal, “you could drive a warhead through.” All 20 of Iran’s major trading partners enjoy sanction exemptions. They won’t stop Iran’s nuclear program.

Let’s also not forget, when Obama took office, he admitted his administration sought to put “daylight” between America and Israel. He lectured that the Jewish state needed “to engage in serious self-reflection” about peace—as if tiny Israel has not spent decades pursuing peace with its belligerent neighbors. And unbelievably, in his 2009 address to the Muslim world, he implied a moral equivalence between the Holocaust and Palestinian dislocation.

With a second term the president won’t have fears of electoral accountability and will act upon his true feelings toward Israel.

This is worrying—especially at a time when the Jewish state as well as Americans sorely need a president whose words and policies they can rely on.

Not since 1967 has Israel’s safety been more precarious. Iran is now racing for a nuclear bomb while bragging they only need “24 hours and an excuse” to destroy the Jewish state. Egypt is lost to the Muslim Brotherhood. Hezbollah is armed to the teeth in Lebanon. Turkey’s government is more foe than friend. The Gulf States use enormous petroleum wealth to fund global anti-Israel propaganda. The “Arab Spring” continues to usher extremists into power. And Hamas rules Gaza.

All the while, the United Nations never misses a chance to denounce the Jewish state; Western universities support boycotts of Israel; and a sizable portion of the Democratic Party protests the inclusion of Jerusalem in their party platform. The White House press secretary, Jay Carney, can’t even name Israel’s capital.

In these times of unrest and violence, it is necessary to elect a commander-in-chief whose words we can trust. Mitt Romney, to my mind, is a much safer choice. Unlike Obama, he not only understands Israel’s predicament, he actually likes the country.

To be sure, no one should argue that Jews must support Romney just because he is more reliable on Israel. But neither should they dismiss him because they don’t agree with his every position. When the Jewish homeland is at stake, we must not let ourselves be fooled by Obama’s oration skills. Nor can we afford to ignore his troubling track record on Israel.

Those who support Obama are asking the rest of us to trust a president who has yet to recognize Israel’s ancient capital, a promise he made in the last election.

So keep in mind Obama’s open microphone comments next time someone says you must take the president at his word. And ask yourself: Should we risk Israel’s security on his campaign rhetoric?

For Obama, the issue is only political; for Israel, it’s existential—a matter of survival.